When I started researching these for NK 4, I read that the cards with brown caps were more likely to be counterfeit or have issues with flashing (due to counterfeit). Does anyone here use cards with these brown caps, any other thoughts?

Seems that LSI cards are thin on the ground in the UK. Most on eBay seem to come from China/Hong Kong. However, plenty of Dell H200 and H310 cards are around on eBay in the UK - and they’re cheaper. What about the Dell/HP/IBM cards makes them harder to flash into IT mode?

FYI - I’m a complete noob - just setup Unraid on a Dell Poweredge T110 ii and want to expand the number of drives. Got sucked into self-build NAS via your great site!

I’m by no means an expert worthy of having this discussion but from what I know some of those cards will have the LSI model information somewhere on the chip and you basically can make those cards think they are production LSI cards via cross flashing them with the LSI IT (Initiator) firmware rather than the Dell/HP/IBM firmware.

I would watch some “TheArtofServer” youtube videos to get a good idea what’s going on if you haven’t already.

I’ve got a Dell R410 with the SAS 6/IR which is known to be limited to 2tb but that ArtofServer guy does a video on how to cross-flash it to the LSI IT firmware and shows where you can use larger hard drives in them. It’s very possible but I’m sure what looks easy on a Youtube video doesn’t always go that way in real life.

Thanks @Jhunter844. Sounds like it makes sense. Not come across TheArtofServer YouTuber so will check the out. I wonder if using a card that is 4kn ready would solve the problem of drive size limitations. Or I wonder if I would I just be better off using a PCIe SATA card instead of a SAS card. That’s trouble with being ignorant on these things it’s easy to get things completely messed up.

TheArtofServer loves to overcharge for parts on ebay amongst other things, so be careful.

Just google some “H310 crossflash” and you’ll find plenty of discussion on it. Beings that you are a noob…I’m not sure this is really something you should tackle but that’s completely up to you and your pocketbook.

I completely understand sourcing parts could be difficult. I had a vague idea about some of these parts but had never been exposed to them until I took the dive.

Maybe look for a REDDIT UK equivalent to HomeLabSales 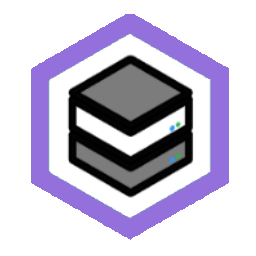 I can’t really offer much advice on the PCIe SATA card other than to say nobody ever recommends them and I gather there is a reason behind that. Most probably has something to do with pass-through and smart data limitations. As a basic storage setup it would probably be fine on something like Unraid or OpenMediaVault.

Thanks @Jhunter844 - off I go down the rabbit hole!

Yeah, checked out his channel and eBay store and everything look very well presented and photographed and kind of expensive.

Keep up the great work. If it wasn’t for you I seriously wouldn’t have dipped my toe in these server/unraid waters!

Thanks for the List JDM! I have the PCIe 4 Port SATA3 Card from I/O Crest card but UnRaid has issues detecting the drives sometimes due to the Marvell Chip. Now my Unraid server won’t detect the drives at all. So I’m going to ditch it and move to the SAS2 9211-8i. Seems like this one from ebay is ok (priced a litle above your chart, but maybe that okay it includes cables).

Are you running 6.8.3? If not, why not?
I don’t have any issues with my 4 Marvell SATA controllers.

Yeah I’m running 6.8.3. Now I actually think original sata card failed because I can’t see the drives in BIOS either. From what I read some Marvel Chipsets are ok, some aren’t. Before it failed I had to use iommu=pt tomget it detected in unraid. I/O crest now offers a different 4 port card with a different Marvel controller than I had before. Might try that. Is it better to go PCI SATA card? Or LSI card? Relatively same performance?

Think there’s a typo on this line. The LSI2308 should support 4kn, no?

So I’m going to admit that I made a total newbie mistake. I picked up a LSI SAS 9207-4i4e, not realizing the bracket was going to be too short. I have found a couple of sellers on eBay that are selling a “High Bracket” for a 9212-4i4e, but that’s a different model so I don’t know it it would work.

Does anyone have advice for finding an appropriate bracket? I have even considered finding a way to trim down a blank bracket, and bolt it onto the top of the short bracket to reach the top. I’m not against hacking the thing.

For now I have bent the bracket out of the way, but I would really like to secure it better long term.

With respect, that is a little unfair. His price is the flashed and tested price, which IS a value add.
If a person wants to hunt down better price, and flash his own, there is a saving to be sure.
Most will pay the 15 bucks or so added, to get up and running, no hassle.

Eh, you don’t need to flash a 9207-8i, just update if anything. All ebay parts should be tested (at least from reputable sellers).