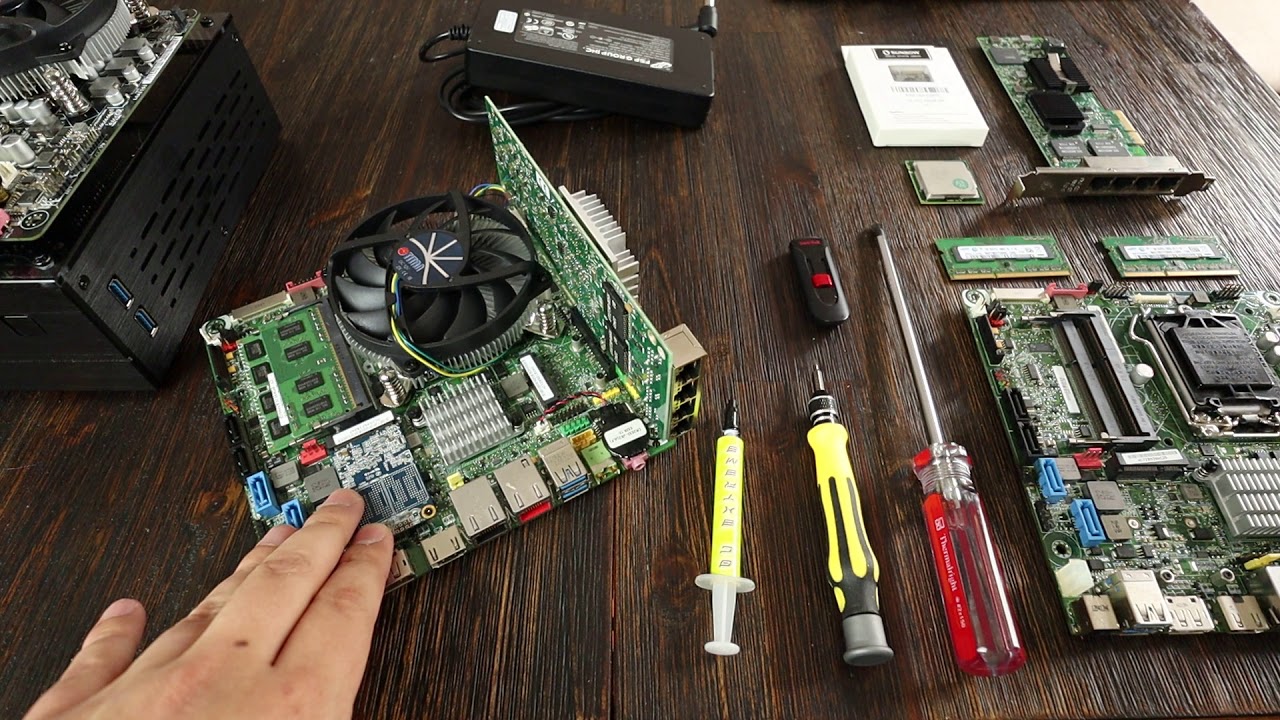 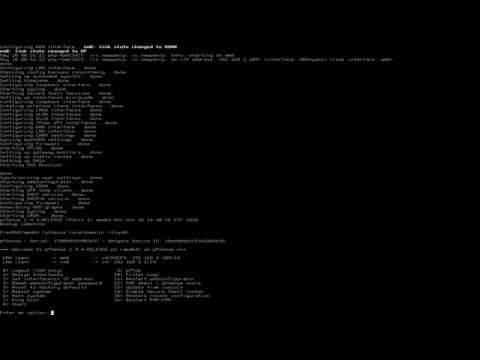 Alternative Motherboards (may use different CPUs than recommended above, please take note)

I decided to go the Akasa case like ZetaEpyon did. Actually looking at our parts list, these are exactly the same setup! Not intentional, just going by what JDM_WAAAT recommended, and switching to the Kingston SSD and Akasa case (since I didn’t much care for the big easy button or caseless setup).

Total: $191.96
All prices are including applicable taxes and shipping costs.

Here are the parts I’ve got so far: 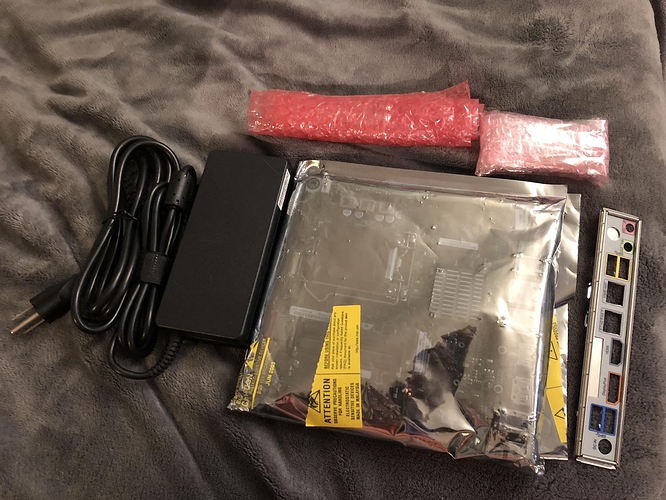 I have a variation of this build in progress using an Akasa Galileo case, which includes a passive cooling solution that involves heatpipes connected to a massive heatsink integrated into the case. I was able to source the case for $45 shipped, so the cost compared to alternatives ends up as a bit of a wash, since you also do not need a separate cooler or power button.

According to Akasa, it’s designed for a maximum 35W TDP load, but I think that the 45W E3-1260L will be fine with reasonable use. 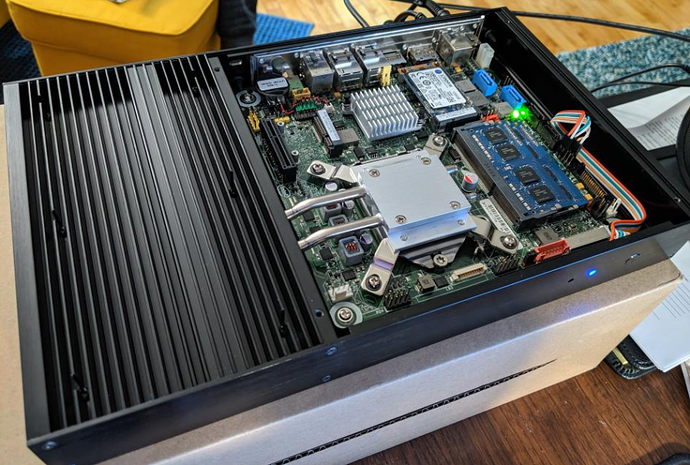 This is a really compact form factor, so there are necessarily some compromises that need to be made. Obviously, it’s pretty ideal in terms of features for a pfSense build, and for a quiet, general-usage machine, it’s an interesting option.

The 120GB SSD in my build is far larger than is necessary for something like pfSense, but it wasn’t appreciably more expensive than other options, and gives me a bit more utility if I end up using it as more of a general-use system.

I had mild concerns about thermals with the 45W 1260L and Akasa’s 35W specified design, so I did some testing. I loaded a build of Windows 10 onto the machine and loaded things up with Aida64.

After about 10 minutes, the CPU was up to about 70°C. Getting pretty warm, but still within a reasonably safe level, especially considering that this represented an unrealistically heavy load. Running pfSense or just a more general-use workflow would result in the CPU being idle most of the time, and thus far more reasonable temperatures.

It’s probably important to note that because there is literally zero airflow in this case, the other motherboard components get quite warm too. The PCH in particular was up to about 65°C during the Aida64 run, and rose to about 68°C even after stopping the load. Other motherboard sensors seemed to hover in the 40°C to 45°C range.

While these temperatures are certainly higher than you’re probably used to seeing, they should be well within the margins of safety, as long as you’re not pushing the hardware unreasonably.

I don’t think that any of these concerns would exist at all in a different chassis with even a modest CPU fan, just as a final note on thermals.

This build really sips on the power, especially compared to my larger server.

I measured power consumption from the wall using a TP-Link HS110 smart outlet, with the following results:

During my testing, I was having some display difficulty with various versions of Ubuntu, and I did not realize the likely issue until after installing Windows 10.

This board supports video output using LVDS for an integrated display, as you’d find in a laptop or all-in-one PC. What I did not initially realize, was that (at least on my board), the LVDS display was enabled in the BIOS as the primary display. I believe that this was the root cause of my Ubuntu issues, though I have not gone back to verify that yet.

Also note that the board shipped with a very old BIOS revision, so you’ll likely want to update that right away.

I have a 35W i5-3470T and another DQ77KB on order, so I’m hoping to be able to do some comparisons with different CPU options in the future.

Anyone have any suggestions for ITX cases that have a PCI slot. Something fairly affordable. It might also be harder to get something at a decent price because I live in Canada.

That’s a slick build. Love the case. Is it rack mountable?

It’s about 1u thickness I’d say, but not inherently rack mountable.

Akasa does make some variants of this case that are designed for rackmount, but they’re quite expensive.

What $50 case is that in the video? Looks like it would work for me, but I can’t find it on Amazon.

This is the case, the tempered glass version comes and goes on this listing. Currently it’s out of stock.

This one will work too, and looks pretty neat.

Awesome! I’m thinking it has to be the A01 since I have the 4 port NIC. I thought I saw somewhere that it will fit in that one with a little dremel modification.

That was me that said that, lol. I think it will fit in the C01 without modification actually, since the entire back is open. I could be wrong though.

It’s clearly worth the $10 extra to get the pride version:
https://www.amazon.com/Goodisory-Rainbow-C01-Mini-ITX-Aluminum/dp/B07GQMV4TX/ref=pd_sbs_147_10?tag=serverbuilds-20&th=1

DQ77KB are back in stock, seller seems to have a large qty of them.

@ZetaEpyon and @xijio, how are the fanless cases holding up?

I don’t have mine currently running in production, though I did switch mine from the Xeon 1260L to an i5-3470T, which is a dual-core CPU with HT. So peak performance is probably somewhat lower than the 1260L, but the 35W TDP does play a little bit more nicely with the passive case.

I don’t have hard numbers on hand, but I want to say it was running about 10°C cooler than the 1260L. Despite this, I set up the OpenVPN service in pfSense and was able to push 475Mbps through it using an instance of iperf on both sides of the router (the 3470T does support AES-NI).

I have also picked up a Silverstone PT13B and matching low-profile cooler to use with my second DQ77KB and the 1260L. While this lacks the more interesting/exotic passive cooling of the Akasa, it’s actually physically smaller, and still very quiet in operation. It also avoids the potential issue of heat soak in other motherboard components (VRMs, etc.) because they get a bit of airflow from the CPU fan.

In addition, the PT13B has mounting support for a single 2.5" SATA drive, giving you a little more potential storage capacity than the on-board mSATA would allow. Overall, a build in this case ends up being more expensive than the clearance Akasa, but I think it’s most likely a better option for most people.

Here’s what she looks like in the PT13B, prior to installing an mSATA drive. A prospective 2.5" drive would mount to the underside of the top of the case (sort of out of view in this pic).

I’ve been looking to upgrade my router from the current linksys/cisco wireless AC consumer unit. I was leaning toward a ubiquiti USG to go with the Unifi APs already installed in the house (it’s a nice dashboard and UI). Is there any significant benefit to building a pfSense box? Networking doesn’t hold a great deal of interest to me, so building it for fun isn’t enough. Am I gaining any significant performance or features?

I’ve noticed quite the performance increase on Gigabit symmetrical with my pfSense box (same specs as above) over my USG. Improved latency AND throughput. Also, OpenVPN is much faster than UBNT’s remote access VPN solution, which is just a nice bonus.

For what it’s worth, I’m still using my UBNT AC APs, UBNT Switch, and UBNT Cloud Key. I don’t think I will be changing those any time soon.

Oooh, gigabit symmetrical. Nice! We’re on 300/30. I think I’d best focus on getting the plex server up and running then reassess. If it proves as popular as I think it might, I’ll probably be upgrading the connection. If that’s the case, OpenVPN and total throughput will be more important. No gamers in the house right now, so latency isn’t a big deal.