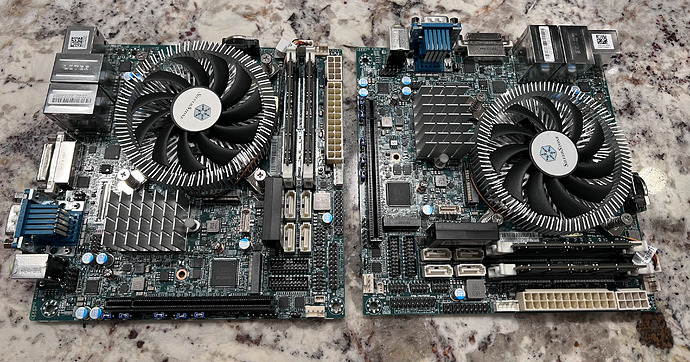 This board has a pretty good amount of I/O. DisplayPort, HDMI, DVI, Dual NIC, and dual USB-C. Neat! 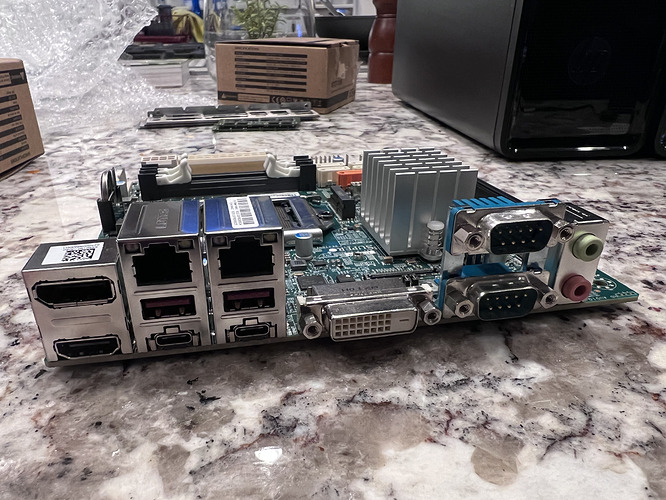 Full size 24-pin ATX power and 8-pin EPS, which is surprising considering the max supported TDP is 65W. It also has two DDR4 SODIMM slots, AKA laptop RAM. At the top left you can see the 5 onboard SATA and USB 3.1 case header. 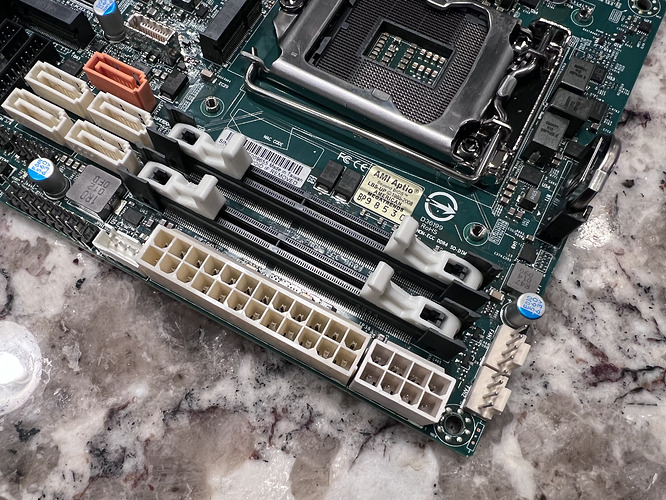 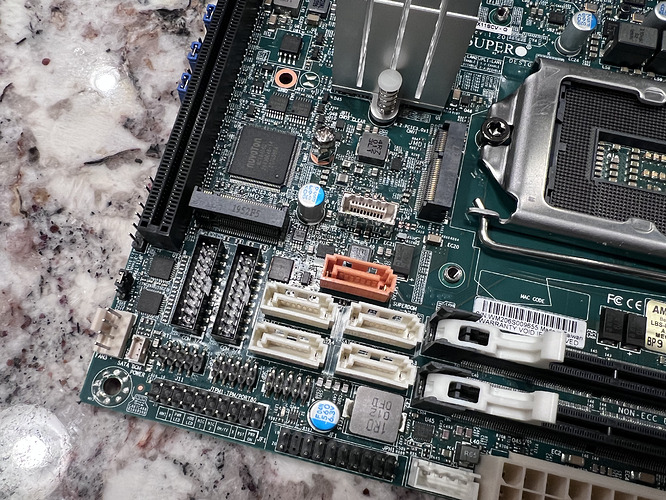 I love that they’ve crammed a full size PCIe x16 slot here. Not that there’s no locking mechanism. 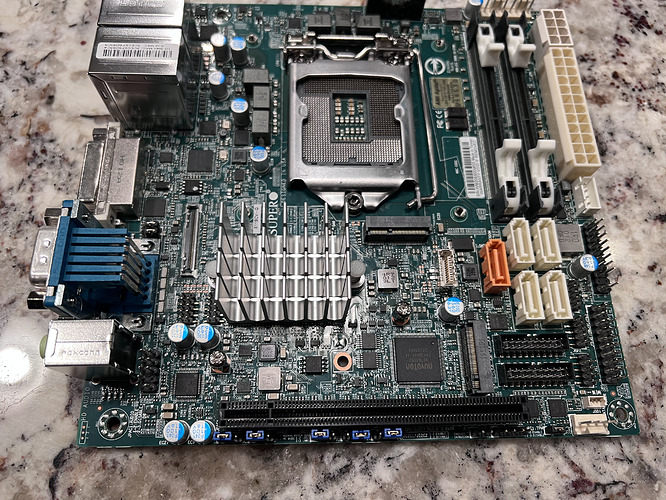 I’ve covered how to install Intel CPUs a million times before, so I won’t cover it here. I’m using an Intel Celeron G4900 that I harvested out of a HP 290. This board supports quite a few CPUs so long as you keep the TDP to 65W or lower. Note that it does not support Xeon CPUs. 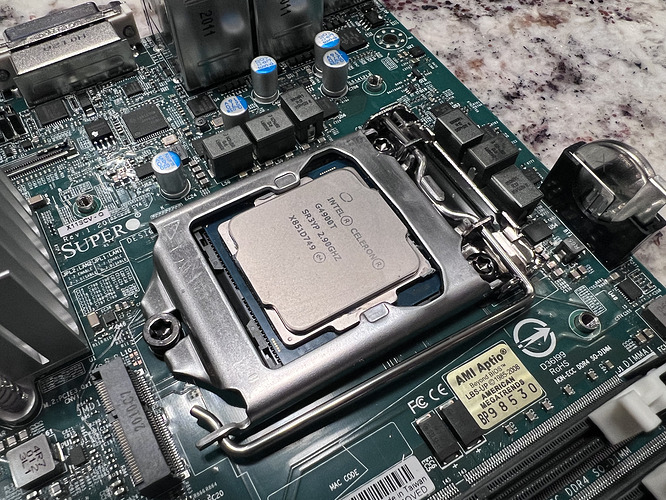 My SATADOM boot drive (I’ll be using TrueNAS on this box) is 64GB. I don’t need one that large, 16GB would be just fine. 16GB and 64GB were the same price, so I went with the larger capacity drive. Some SATADOMs like this one have a larger external casing which can be an obstruction to surrounding components. Also, this one has an external power wire that we won’t be using, since this motherboard has native SATADOM support. Plug it into the Yellow-Orange SATA port, and you’re off to the races. 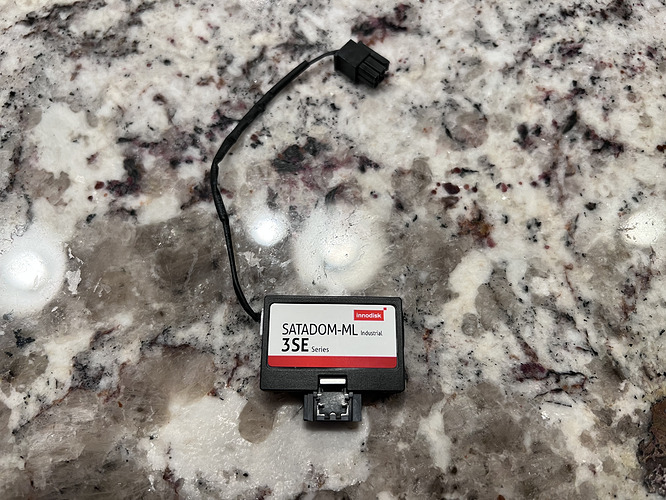 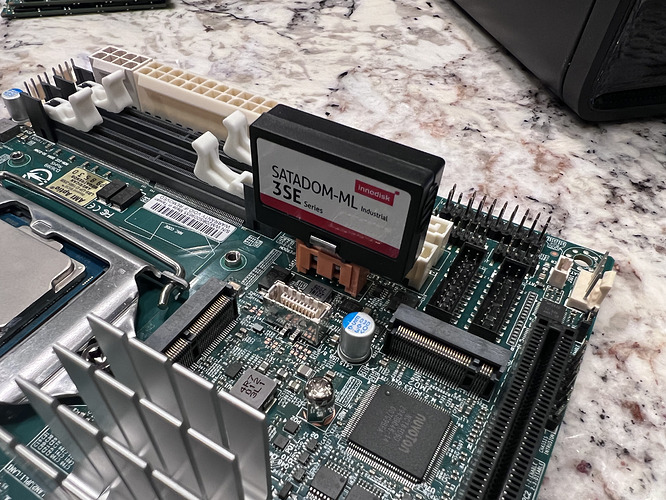 There’s limited room for the SATA ports next to it, but there should be just enough space for a cable to latch in. 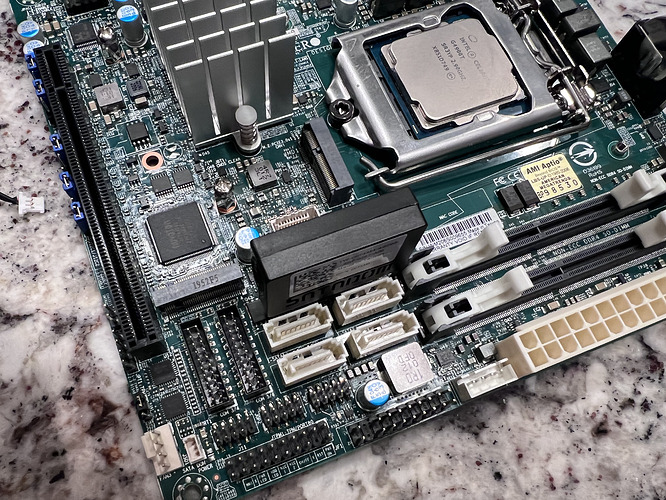 I’m using 2x16GB Micron SODIMMs because it’s what I had laying around. If you’re purchasing new, I would highly recommend starting with 1x32GB because you can easily add another in the future to max out the motherboard at 64GB. 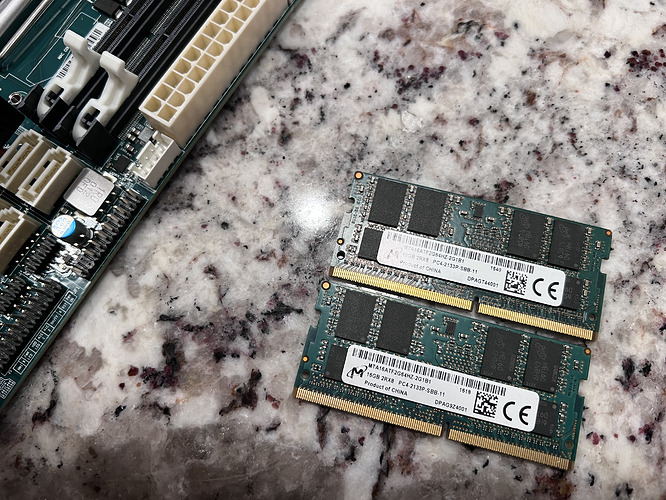 I’m not using any particular NVMe for this build, I just wanted to see if a full size heatsink would fit. It does, just barely. 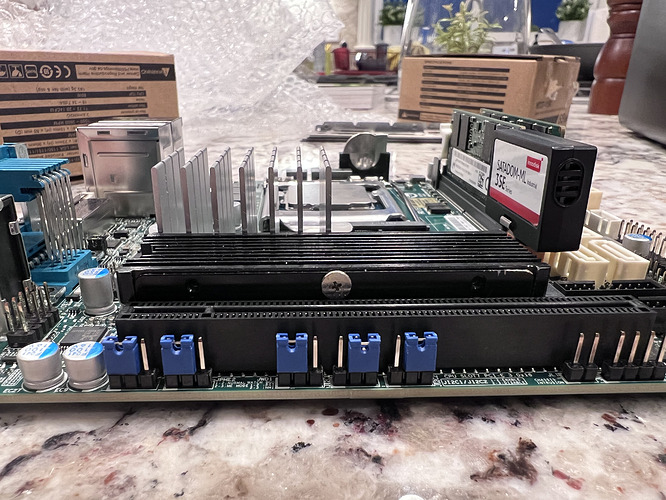 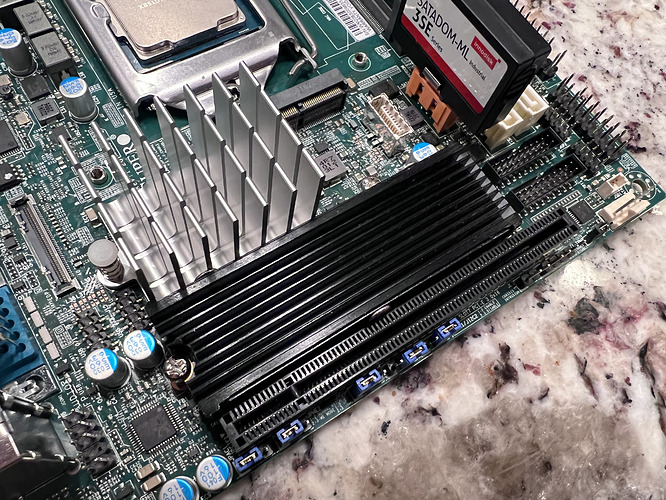 Silverstone makes an excellent affordable low-profile heatsink that pairs perfectly with this build. The NT07-115X actually sits lower than a few components on the motherboard, meaning clearance should never be an issue. 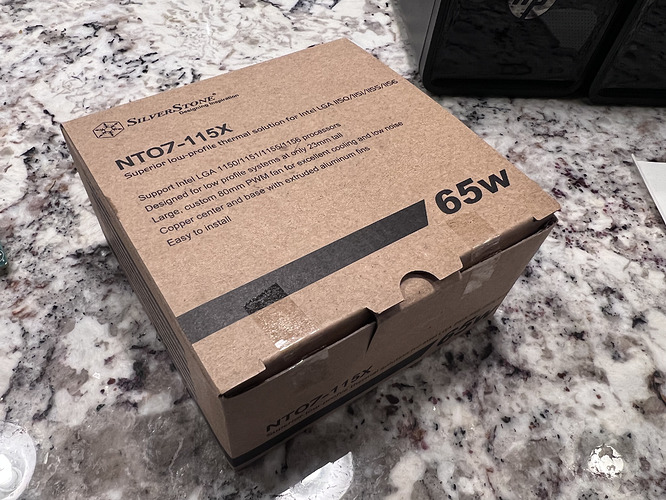 It comes with a mounting bracket, but we won’t need it since the motherboard has one permanently affixed. 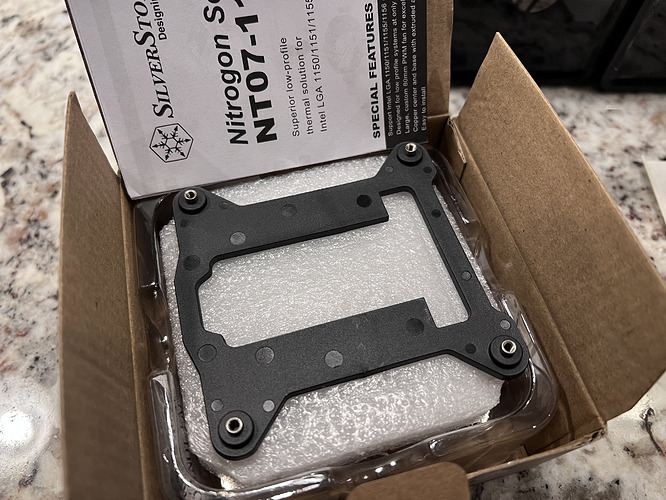 It’s simple with no frills. At least it has a PWM fan! 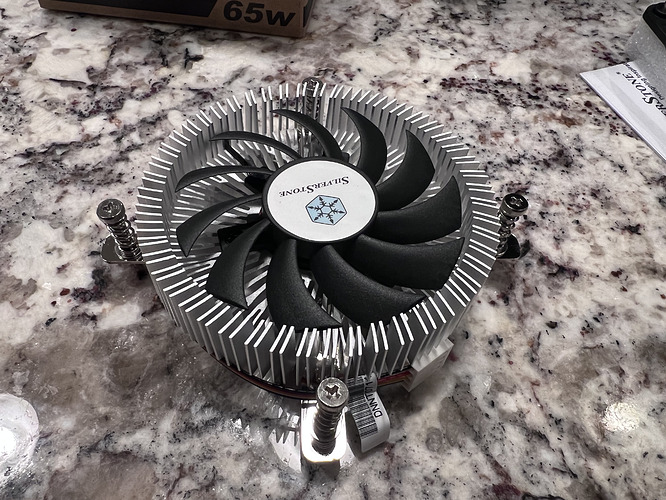 Make sure to remove this protective film before use. 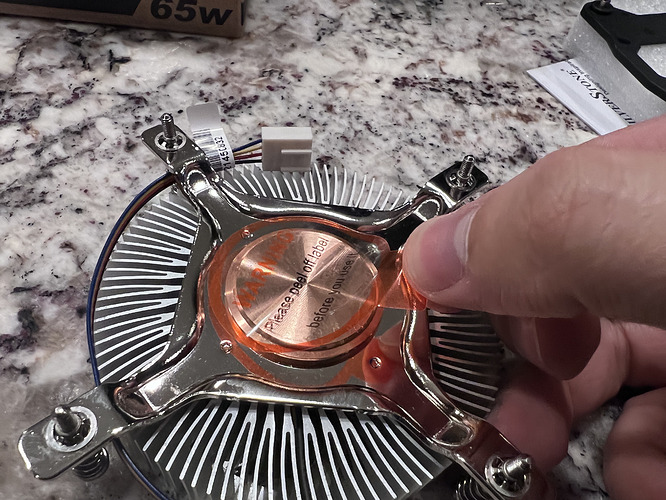 Silverstone is even nice enough to include thermal paste. It’s no Gelid GC Extreme, but it should work just fine for the level of CPU cooling we need here. 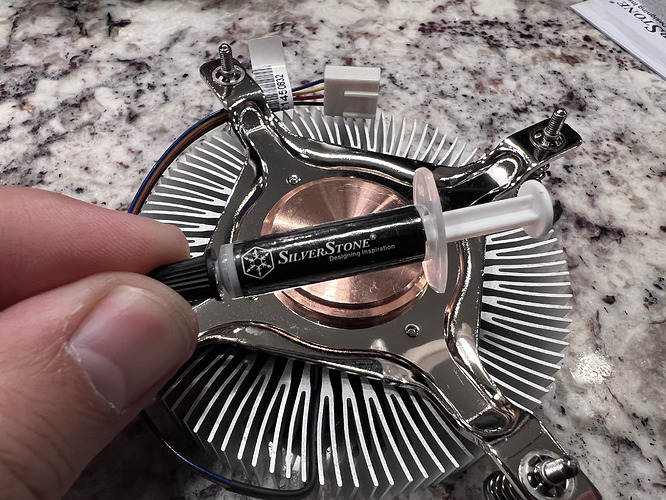 Clearance with the SATADOM when the heatsink is installed is pretty tight, but there’s room. 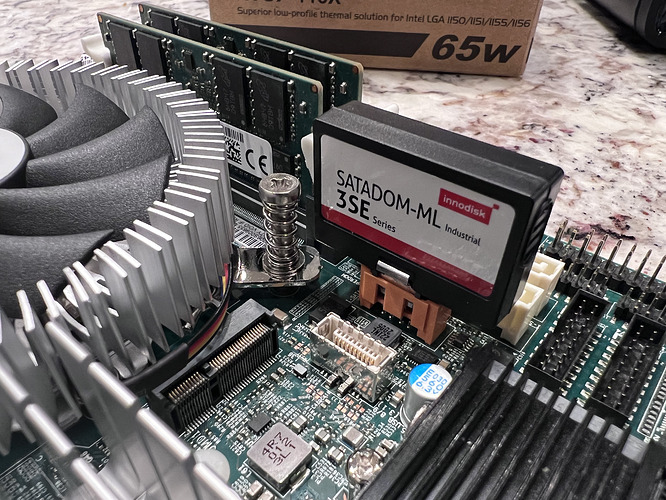 Use FAN1 for the CPU fan connector. 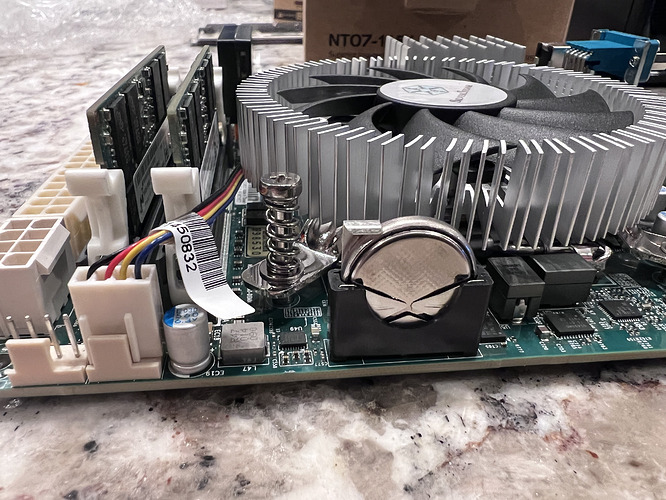 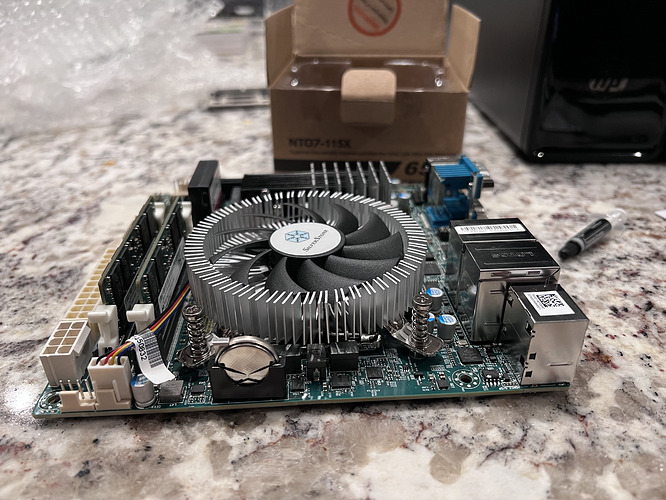 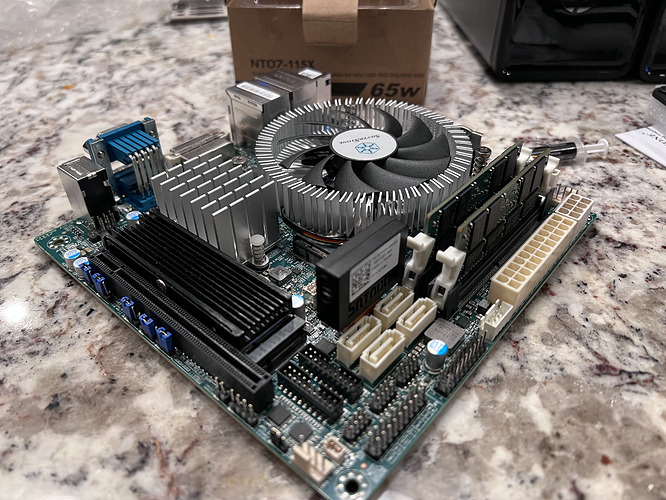 As for the 4 pin cable for the SATA storage one doesn’t need to use it? 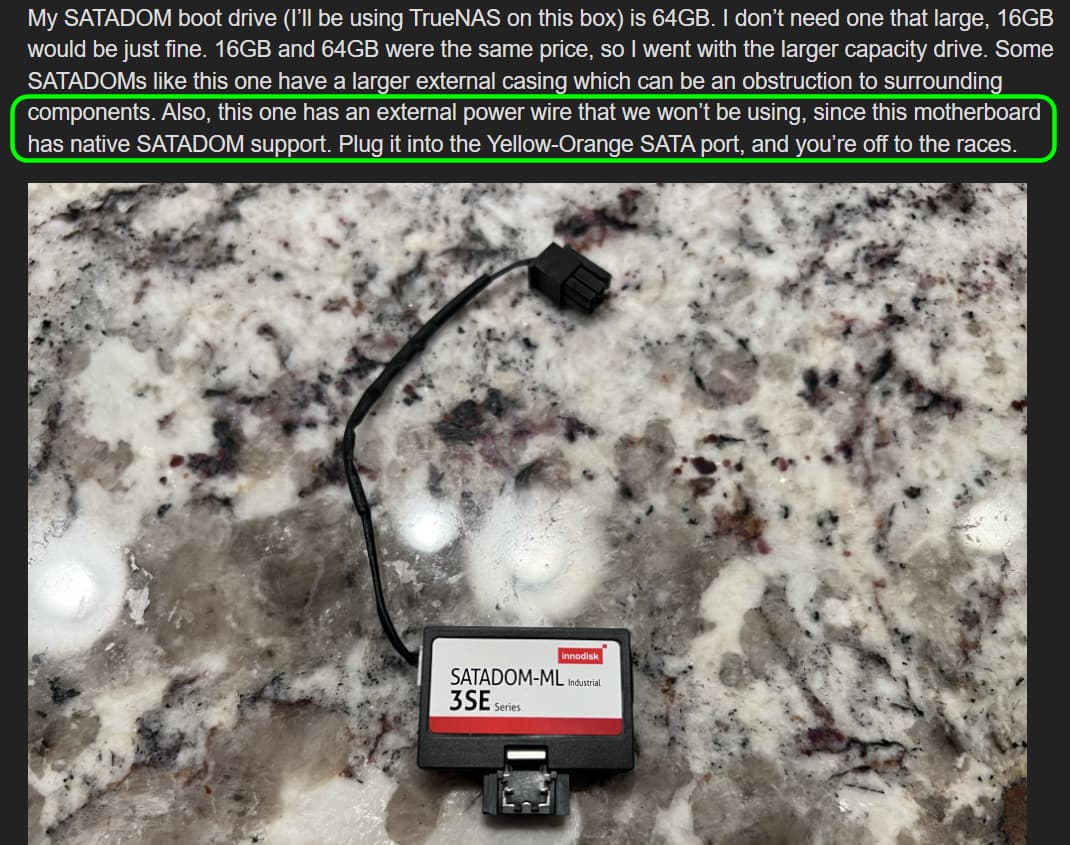 That text didn’t load the first time. Thanks.

This cable may come in handy if you want to use the onboard USB 3.0 header from this motherboard to a traditional front panel USB 3.0 header. 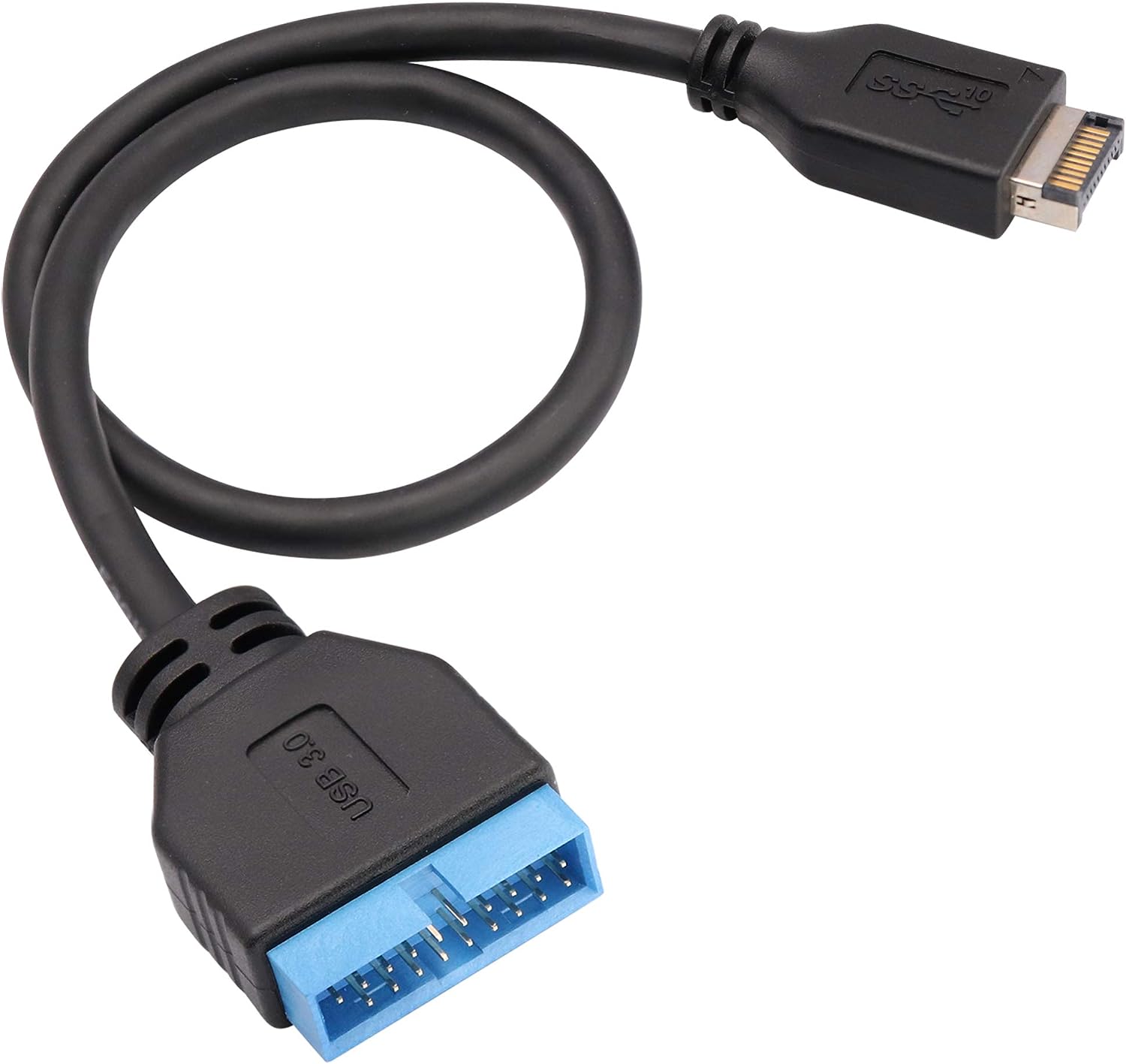 All good, no worries!

In the case that anyone wants to use the front panel usb, I purchased this cable and pulled the key pin. Works perfectly to adapt the smaller 2.0mm to the 2.54mm front panel connector. 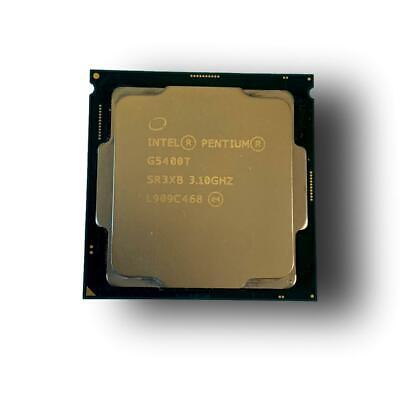 Thanks for posting this. I’m one of the folks that jumped on the Chenbro SR301 deal. So naturally I had to get the parts that you posted above. My only difference is that I will be running 2X8GB SODIMMs that I already have on hand.

What do you plan on using for storage? I’ve been running UNRAID for years but I’d like to get my feet wet with TrueNAS as well. Also, with this motherboard will the fact that it does not support ECC RAM make much of a difference?

Personally, I think the ECC ram bit rot thing is over hyped for home use. I don’t use ECC ram for my TrueNas backup.

I appreciate the write up. Any negatives to just using one stick of ram for TrueNas?

I purchased this board for the Chenbro build, however the I/O shield is smaller than standard and doesn’t lock into the standard size cutout in the Chenbro case. Is there an adapter, or an alternate shield for this board? I’ve asked the sole vendor I can find selling IO shields for this board that aren’t clearly the too-small ones but have yet to get a response.

New info: I spoke with Supermicro, no other I/O shield exists for this board to fit a standard chassis cutout. If you use this board you will have to make your own I/O shield. Something like this will work: 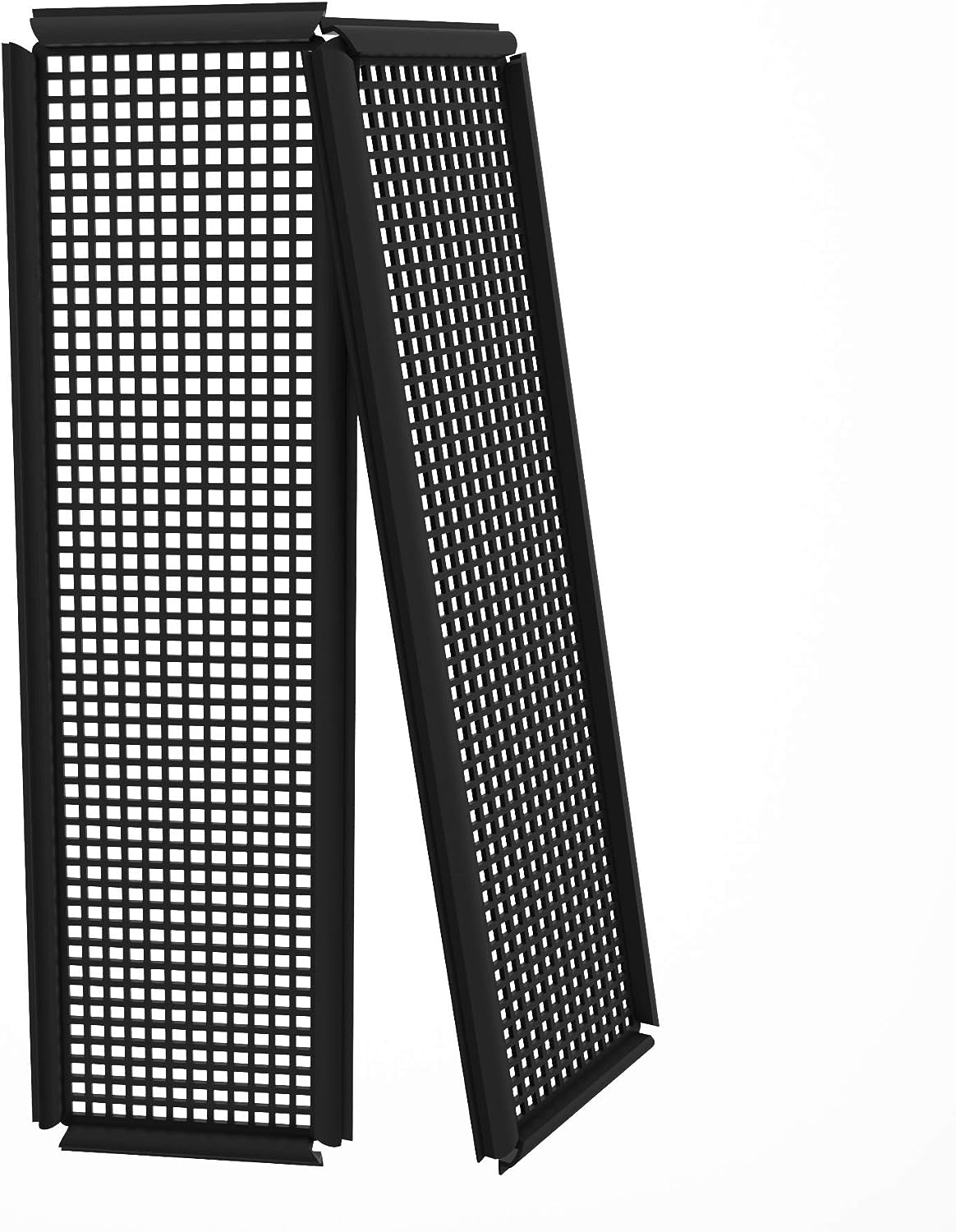 IOmesh Black Universal IO Shield Plate - for All PC Motherboards That was Lost...

Did you get a motherboard without IO shield? IOmesh is all that you need to make a new replaced custom motherboard back plate.Why is IOmesh universal backplate so special? It is very easy to work with her. It is made from plastic that why can be very...

You really do not need an IO shield, so honestly I’d just run without one.

Keeps cat’s paws and children’s fingers out, so I prefer them.

Anything special required in BIOS to have it see the SATADOM on this board? Didn’t see anything obvious, but didn’t have time to dig deep.

Possible I got a dud I guess…

Do you have the SATADOM switch set to write? Weird, the specs don’t say which position is write vs read.

Didn’t realize there even was a switch, but flipping to other side (closest to SATA port) made no change…

All of the SATA ports in BIOS are showing empty, so it’s apparently not being detected at all… 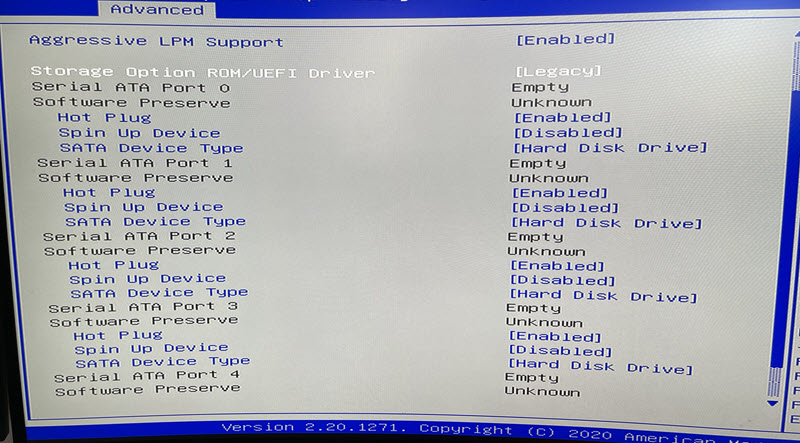 I don’t have my motherboard yet. I assume you’re plugged into the orange port. If there was a setting not turned on, a way to troubleshoot would be to just power the drive. I looked and the power cable doesn’t fit the dom power port on the board by fan3. Maybe someone here can chime in if they had to change a setting. I’ll know more when I put mine together next weekend.