Since @LivePono reached out and was curious about my build here is a few photos of what I did with the HP 290 and Silverstone DS380B I’m running 8x8TB shucked WD drives in the Silverstone in ZFS RAIDZ2 with Ubuntu 20.04 installed to an 1TB M.2 drive in the HP 290. There’s also 2x Samsung 860 EVO’s in a ZFS Mirror acting as the storage backend for LXD. The HP 290 was upgraded to an Intel I5-9400 and has a full 32GB of DDR4 2666 RAM. This is running the following perfectly fine in various LXD co…

What are my current needs:

I bought these parts I’ve ordered and paid for.

What I could use help with

I could use help with the hard drives on the DAS. Does the backplate support SAS Drives? They seem the cheapest on eBay.

I have my eye on the i9700. I saw some people say they are using it in the HP. Will my fan support it?

I do have uncertainty about some voltage fix I saw something but I’m not entirely sure if thats for something else?

In the build I did the backplane of the ds380b does not pass the 3.3v connections to the drives so there’s no need for the fix to have the drives power on correctly. Most backplanes ignore the 3.3v so should be a non issue.

Having said that I’m glad my build inspired you. Good luck. Looking forward to see what you come up with

Think you can help me out and give some links on what I am missing, mate?

Some people would say this:

While this is 100% true, but I also want something I can have running redis, mysql, server… just to have that running not on my laptop.

I like the “small form factor” of having these two… side by side. with the spinning disks in another case.

Are you using unraid?

For the hard drives, I notice the sas drives are pretty cheap on ebay.

If you look at my post you linked/quoted again you’ll see I’m more or less running multiple things on mine in LXD containers perfectly fine after the upgrade to the i5-9400. And that I’m using Ubuntu 20.04 with ZFS RAIDZ2 setup on the 8 SATA HDD’s I shucked. You could totally use Unraid or TrueNAS Scale (I dont recommend Core version if you want to use docker or LXD) or even OMV with Snapraid+MergerFS.

This is also not right for the case fans. I used one of those to add a fan to the SAS HBA to prevent thermal throttling. For the DS380B case fans if you want to change them out from the stock ones I used these

My post you quoted is definitely not discouraging multitasking, simply telling someone not to buy two separate components of similar capability for one function.

Ah, Ok. This build started out as an unraid - and now I’m waiting for refunds from Amazon to just buy the right hardware for me.

Thank you, thank you, and thank you. haha. So I was researching about XLDs and came to the mental model that they are similar to jails.

Question about the 2x Samsung 860… Are you running those in the HP or DS380B?

those are running in the HP290 from its onboard SATA connections. I had to use a SATA to SATA Y power cable since there’s only 1 full sized SATA power connection in the HP290

And yes LXD is somewhat comparable to jails with much less fuss and a bit more functional capabilities. Though you’ll find a lot more docker resources if your more familiar with it. 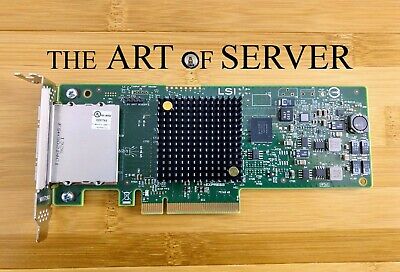 I have fully tested them using all 8 SAS lanes connecting both external SFF-8088 connectors. I've used ZFS for many years. I'm familiar with ZFS on Linux, FreeNAS, and many of the technologies commonly used by other enthusiasts.

Awesome I bought it. Things are starting to arrive while I’ve returned some things that didn’t work… or wouldn’t work. So Im just waiting on refunds to process.

I’ll definitely keep this thread up to date on my process. I have my eye on the i7-9700 ( non k version ) but I’m wondering about heat.

Did you do anything special for the x2 SSDs you have there to mount them in the HP?

Nope. I just tucked them in above the DVD drive that’s not connected

I have most of the components, just waiting on a few refunds and I’m buying the last few.

I made my last purchase; for all of the components… and I’m just waiting for them to arrive. Next; hard drives.

From the PSU what did you use to power the fans in the DS380B? I’m putting it all together now. 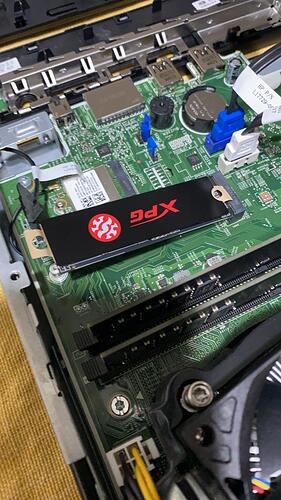 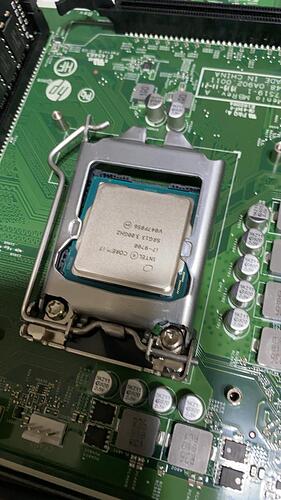 There’s fan headers on the back plane in the drive cage. I actually used a jbod control board to hook the power and reset buttons and power led up and it had fan headers that I used instead. since it also has a buzzer that will sound if it detects 0 rpm from a fan

Thanks so I ordered this:

30 Days Returns for your Money Back! We promise a Great Purchase and Customer Service! Fast Processing, We Usually Package the Same day of Payment. Our customers are important to us, if you have any questions about our product please send us a...

where did you mount it? If I knew about this earlier I would save a trip crossing an international border haha. I’m not even able to get the I/O Shield from SuperMicro to get in… I guess with tape?

Thanks so much for your help.

Yeah you could use velcro or double sided tape. I actually used one of the motherboard stand offs. So mine is free floating and held to a single stand off by a screw. The tape or velcro is a better choice