I’m in the planning stages on a new build. Ultimately, this will be able to house something like 18 HDDs and 5 SSDs (probably more). Raw HDD capacity of up to 324 TB.

Currently running a 75TB JBOD attached as DAS to an iMac. I’m looking to get some redundancy and eventually offload some of the compute (Plex, arr services, bittorrent, etc.) to a dedicated server. Likely will run Unraid.

I’ve gone through the NAS Killer threads, but used hardware is crazy expensive currently. So much so that it seems to make more sense to get mostly new hardware primarily. I’d like the server to be relatively quiet and low power (in x86 terms, anyway).

Here’s what I have so far:

I’d be grateful for any feedback or suggestions.

Don’t spend 200 on an expander would be my first take.

What’s the Samsung 970 for? Seems a bit overkill for a storage server.

I think he messed up the formatting

is how I read it

Don’t spend 200 on an expander would be my first take.

Agreed 100%. eBay prices for SAS expanders is crazy. I’m trying to figure out a better way to get at least 16 SAS lanes without 1) wasting pcie lanes and 2) spending a ton of cash.

What’s the Samsung 970 for? Seems a bit overkill for a storage server.

It would be a write cache. I do a lot of sustained sequential writes which will benefit from a write cache. Since the CPU has a dedicated x4 lanes for NVME, might as will use one.

Planning to use the X540-T2 mainly because adding a SFP+ port to my iMac will be ridiculously expensive. 10Gbe is more economical (in this case).

There’s a lot to unpack here. I’ll do some research and circle back.

It’s generally more economical to get a SFP+ 10Gb switch and use these transceivers when you need 10Gb Base-T. There are other, cheaper versions of this, but I prefer to use 10Gtek when possible. 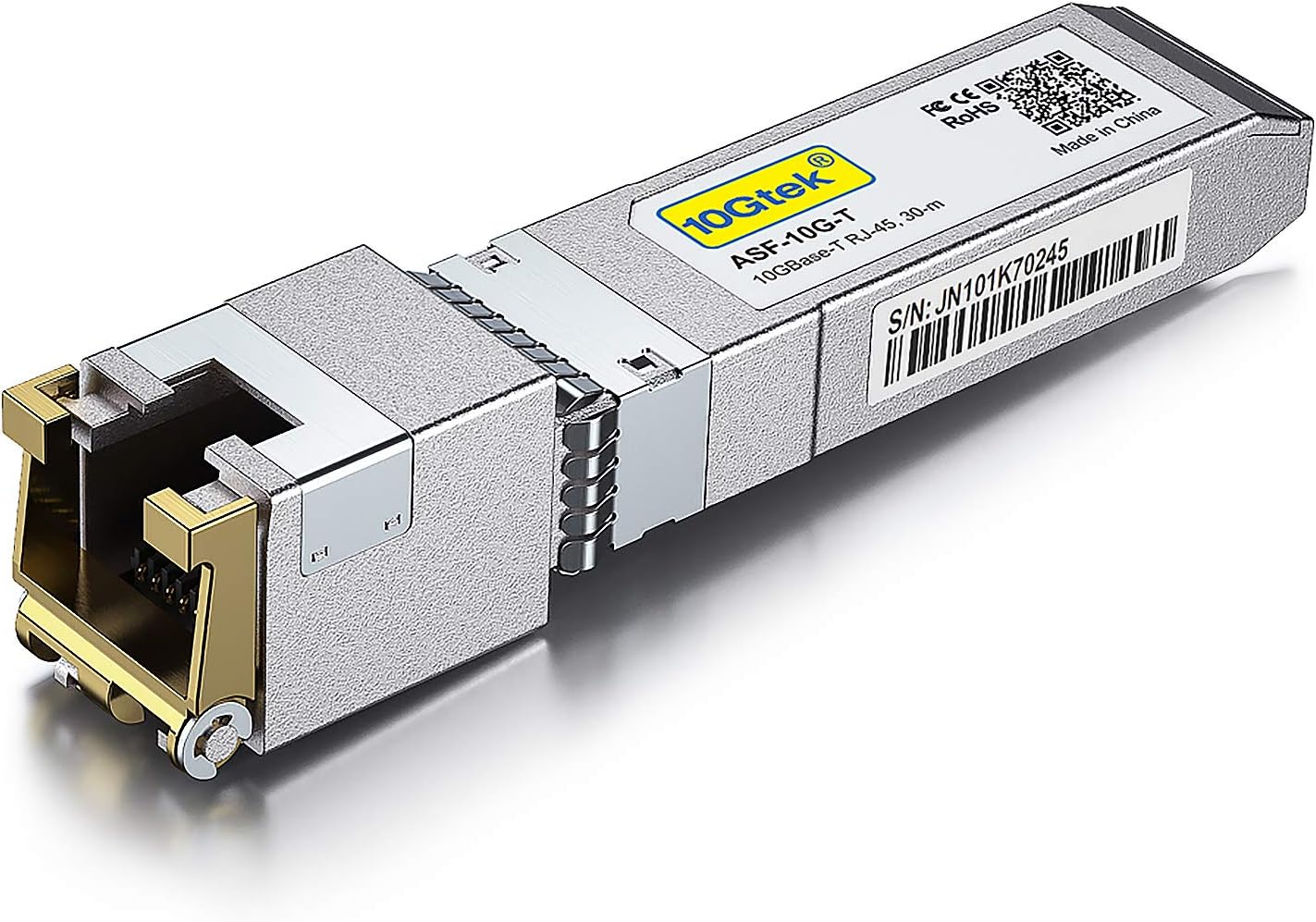 It’s generally more economical to get a SFP+ 10Gb switch and use these transceivers when you need 10Gb Base-T. There are other, cheaper versions of this, but I prefer to use 10Gtek when possible.

The problem with SFP+ is Mac support is pricey. Adding a SFP+ port to an iMac (with a Thunderbolt PCIe enclosure) costs around $550. I can get a 10Gbe BaseT (RJ-45) to Thunderbolt dongle for around $150. If I were using a PC, SFP+ would be cheaper.

I’ve been researching processors with more PCIe lanes and the Threadripper 1900x looks like a good option at $150. Similar passmark to the i5, but it has 64 PCIe lanes (vs 20). Of course I’d need a dGPU for Plex transcoding…

I believe you’ve totally ignored what I said.

Who said you needed sfp on your mac?

I believe you’ve totally ignored what I said.

Who said you needed sfp on your mac?

Sorry, that’s what happens when I try to multitask…

I haven’t 100% decided on how to network everything, but I’m probably going to just direct connect the Mac to the NAS over 10Gbe. Then connect the NAS to my 1Gbe LAN using the motherboard LAN port.

I put the large HDDs in an Unraid array with two parity drives. Array capacity is 82TB currently (118TB raw capacity). If I use an 18TBx16 config, the total possible array size is 252TB (assuming two parity drives).

Since this motherboard and processor support PCIe bifurcation, I’m also planning to add an ASUS Hyper M.2 X16 AIC to add support for 4 additional M.2 NVME drives. I’ll use those drives either as additional VM drives or as additional cache.