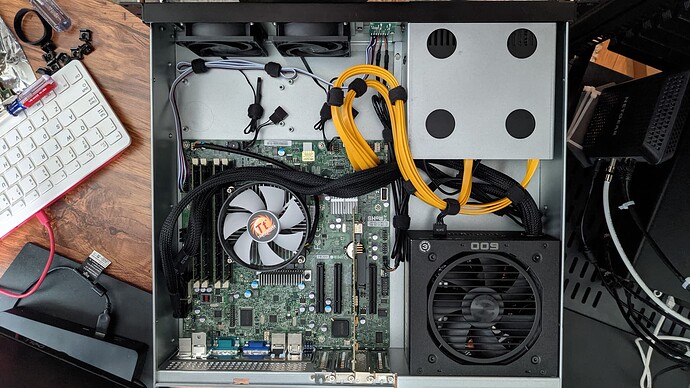 Hi everyone! Been a while since my original build post, but been busy burning a hole in my wallet I mean building!

Today I wanted to take some time and share my completed build for my NAS Killer 4.0, originally shown in a build log here on the forums, which I affectionately refer to as “The Potato”

It’s been a bit, and my homelab adventure has changed and morphed a lot since that build log. Back in Jan/Feb, I built The Potato in a Cooler Master Elite 350 case. I crammed as many drives as I could in that box and built a cool little Ubuntu server. The box worked alongside a cluster of Raspberry Pis, an ODROID-N2, and an HP ProDesk 400 G4 to serve Plex (and associated services), Nextcloud, a Grafana/Prometheus monitoring stack, and Bitwarden all in Docker. 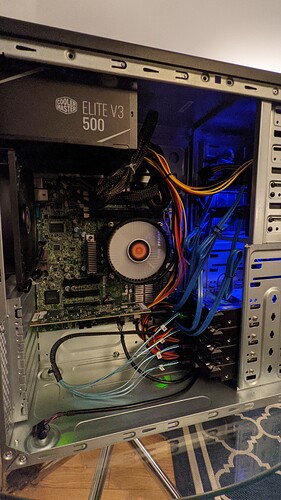 However, as my needs for continually more drive space grew, I realized the limitations of that box. Enter, The Rosewill L4000 (sorta). I re-cased my NK4 into this box and added a GPU, more drives, and a new and improved PSU! I converted to Proxmox from Ubuntu and recreated my docker stack in an Ubuntu VM. Finally some real homelabbing! 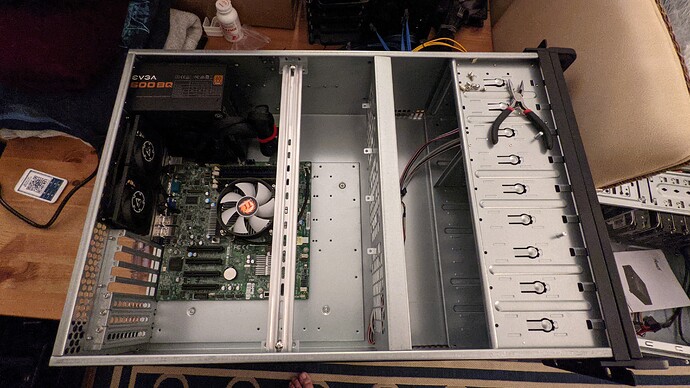 Re-cased and re-homed in a Startech 25U rack, I then decided to follow JDM’s guide on Unraid Gaming (substituting Proxmox for Unraid) and voila! My NK4 could run Civ 6! Sea of Thieves! However, performance on the Xeon E3-1230v2 and 32GB of RAM was not quite strong enough to run the full set of applications I wanted alongside this. So I started another build with a bit more horsepower (more on this in another post)

But, I couldn’t forget my trusty Potato! This box was my start and so I decided that it needed to keep running and it’s processor and RAM were more than enough to add to a Proxmox cluster. So, after I finished my new build I decided to re-re-case my Potato into a 2U box. The following is that build.

Wow! That hurts to look at. Part of the high price for this build was that a lot of these components were purchased piecemeal. If I did this all as one build, would I have spent the extra $$ on certain components? 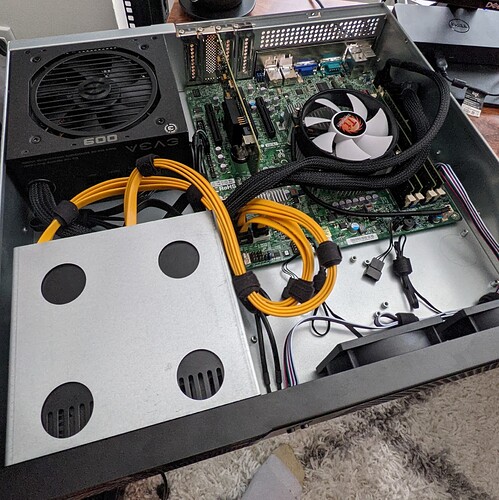 So, this build has definitely taken an interesting path. But when I went to actually assemble the box, I found some fun issues. For starters, the case I bought has a couple of flaws that for many of you might be deal breakers:

Additionally, because this build is a re-cased NK4 and not a fresh build, some components were more of afterthoughts - such as the HBA and specific drive cages. I really wanted to use parts I had already bought and not have to buy new. Did that end up costing me more in the end? 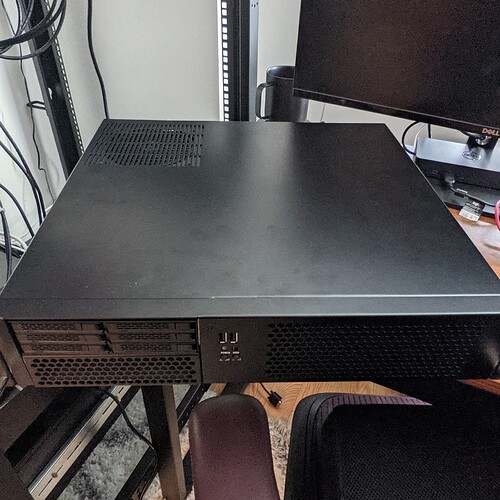 That said, I think it came together really nicely. Here’s some positive results!

Most importantly, I get to add 32GB of RAM and 4 more cores to my Proxmox cluster, which otherwise would just be sitting around - this is what this build was all about! 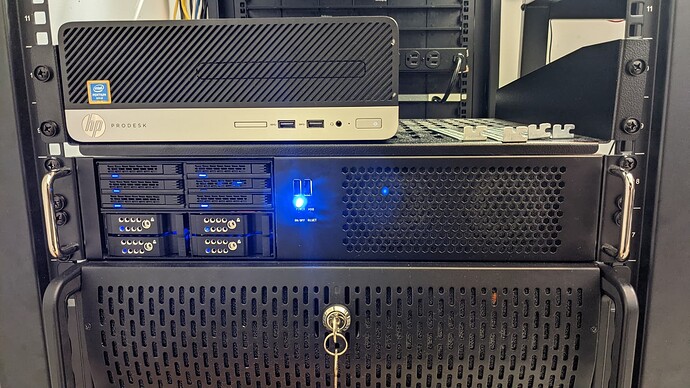 Overall, this build will always be special to me since it was my first PC build ever. I got quite a system for less than my brother spent on a GPU (although that’s not saying much in 2021). This system is capable, compact and most of all it was fun! If I were to do it again, I might change some things, particularly the case, but overall I really like what I got for the money. I can’t wait to share my next build with you all!

Until next time.
- Nick

Curious on the rack was it this model - https://www.amazon.com/StarTech-com-Open-Frame-Server-Rack/dp/B00O6GNLQE

And would you say it is worth the investment?

Yep that’s the one! I think so personally, but be aware that it is pretty large. My biggest issue with it over the 12U is finding a place to put it.

That said, it’s a great value for the money and it has plenty of space for anything I’ve thrown at it

Thanks! I’ll double check without drives later, but I can work backwards from my UPS data right now. Shutting down the Potato Mk. III dropped power consumption by about 60W according to my UPS. The Potato was idle when I shut it down

Right now I’ve got 4 Kingston A400 SSDs in there with an idle power of 0.2W each, so that’s 0.8W. I also have a pair of BitDeals 2.5" 10K RPM SAS Drives (HP) which are used as the OS drives, so probably have to knock a few more W off depending on how active they are.

So without drives, I’d say somewhere between 55-58W

Oh wait I almost forgot that I put 2x NVMe drives in there. Depends how active they are, but active power consumption of those is 3.4W/each. So real power is likely around 50W @ idle

Figured I’d share my 2U NAS killer build since I deviated from the larger 4U build to create something to fit my rack. This is essentially a 4.0 build but with a Rosewill 2U case, and the following changes: Rosewill 2U Server Chassis/Server Case/Rackmount Case, Metal Rack Mount Computer Case Support with 4 Bays (RSV-2600) Noctua NH-L9i, Premium Low-Profile CPU Cooler for Intel LGA115x (Brown) A MUST have because all other coolers are too tall for the HDD bays in this case SanDisk 16GB Cruz…