Figured I’d share my 2U NAS killer build since I deviated from the larger 4U build to create something to fit my rack.

This is essentially a 4.0 build but with a Rosewill 2U case, and the following changes:

Noctua NH-L9i, Premium Low-Profile CPU Cooler for Intel LGA115x (Brown)
A MUST have because all other coolers are too tall for the HDD bays in this case

However, I have a couple of gripes…

The CPU fan must be on Fan1-4 per Supermicro, not FanA. I learned this after building, so ignore the pictures of the CPU on FanA below. 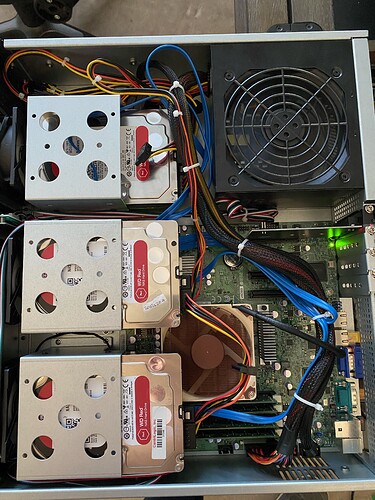 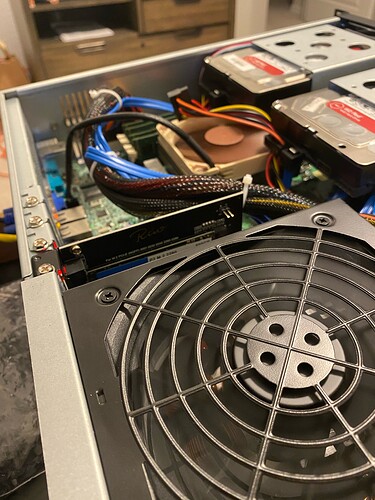 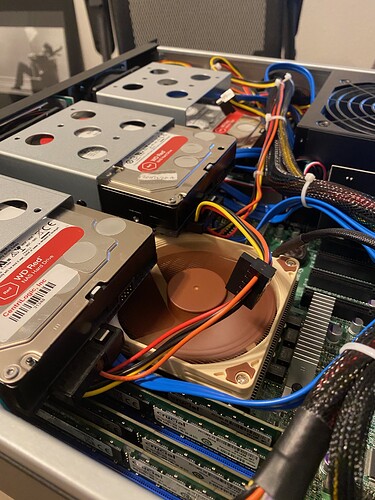 I ran Handbrake a couple of times to max load the CPU during some transcodes. At 100% load for roughly 8-10 hours, the CPU runs at 80ºC (181ºF) pretty consistently. I’m OK with this, but it’s not ideal. Removing the case cover will drop the temp a few degrees but I was actually OK with the CPU performing like it did with all cores being utilized.

Fan speed was 100% during the transcode process.

It looks like you need some room for exhaust in that case. Try removing the PCIe covers to see if that drops your temps at all.

If all else fails, you can reverse the airflow, that should drop your temps as well.

I’ll give that a shot. Airflow is front to back right now, and I have the back panel removed too.

I moved this build to a 4U Silverstone RM4400 case. Link Here