I am in the process of arranging the parts to remove my NAS currently in my Gaming rig and move it into its own case. I have had issues with the cooling of the hard drives and had 2 failures in less than a year on WD shucked drives, fortunately, WD replaced them. The placement of the hard drives in the Corsair 1000D case just doesnt allow enough cooling. When i only had 3 drives the temps were managable in the low 40c, but after adding the 4th the temps went up to low 50c and since adding the 4th ive had 2 start to throw errors less than a year old. I was able to replace them by unbalancing everything to 2 drives and replace the failing drive without data loss.

Anyways I’m looking for an expansion card to maximize whichever case I decide to go with, so I only have to buy the stuff once and just have the availability for future expansion. I am not sure if there are cards with more ports than 4 that are reliable and quality, so wanted to get other’s opinions on this.

The current hardware I already own is as follows:

The mobo has a single x16 slot and i already used all the 4x Sata ports on the mobo, so if there is a decent option for 6+ expansion card i may go with that to give me potential for 10 HHDs in the future in which i would go with something like the Node 804 to maximise the case. The server only runs my NAS and Plex duties… 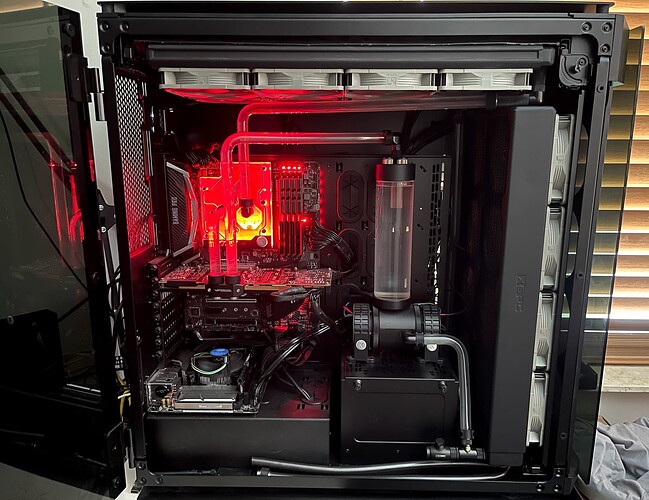 The Adaptec or LSI SAS cards are probably a better option than a straight SATA card.

Because they are more reliable, cost effective, and you can plug in way more drives.

Overview The Adaptec ASR series RAID/HBA cards listed in this thread are known to be compatible with Unraid, FreeNAS, Windows, Linux, and more. Special thanks to @riggi for his knowledge and encouragement to give these HBAs a try.

You’ve probably seen people mod their LSI cards and strap a little fan to them. I don’t think it’s necessary to do it with LSI cards, as I’ve never had one throw an overheat alarm. However, it’s definitely necessary with these Adaptec…