If you’ve shucked a hard drive or have come across a drive that has the 3.3v power pin, you may find that your drive is not being detected by your operating system. If you are in that camp, there are numerous ways to solve for the 3.3v pin. Some use Kapton tape
like shown here: https://imgur.com/a/PPN5ScY.

I wanted to make a tutorial on how to use a SATA power extension cable, modified to remove the fifth wire (the 3.3v power wire), to power these drives.

There are other tutorials but I hope this one is a bit more helpful to newcomers. 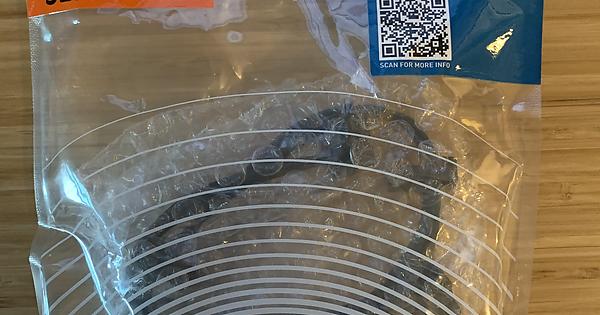 This process is mostly for people who shuck drives out of external enclosures. A shucked 12TB drive is non-trivially cheaper than a bare drive. Many folks tape their 3.3v pin. I would rather have a more reliable, long-term solution so I bought a two pack from Amazon for $15 and removed the 5th wire from each.

I used these packs: 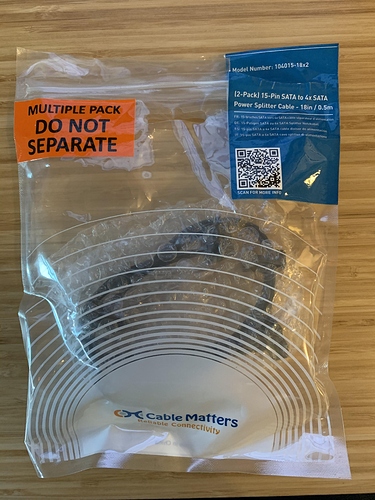 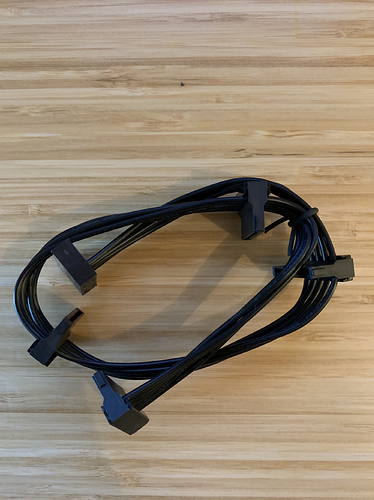 There are numerous ways to do this and the two prevailing methods involved either cutting the fifth cable at the extension head or taking off that fifth cable entirely. So what we’re going to do is to basically remove the 5th (3.3v power) cable, as that is my preferred method.

Up close of the male SATA port. 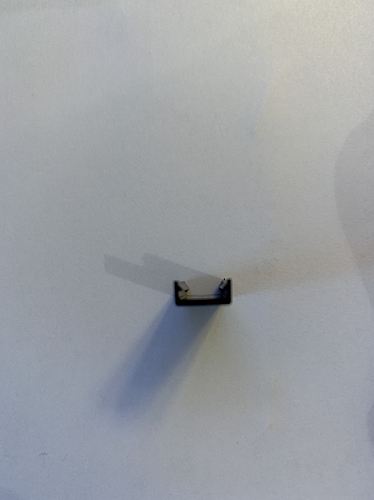 Up close of what the cap looks like when removed. Notice the small lip. That is what you have to lift / pry off. Then the cap will pop off. When you take them off, just gently lift on side of the teeth and the back should pop off. You don’t need to apply much pressure. A small flathead screw driver, with a bit of leverage, works great 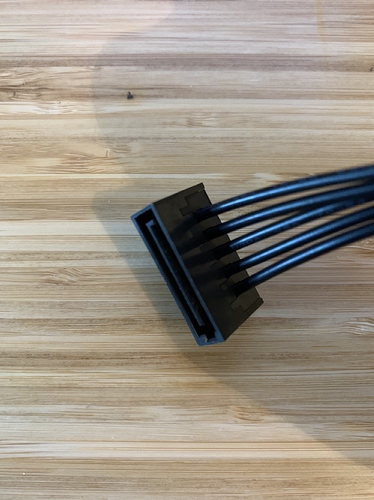 Up close of the SATA female power. 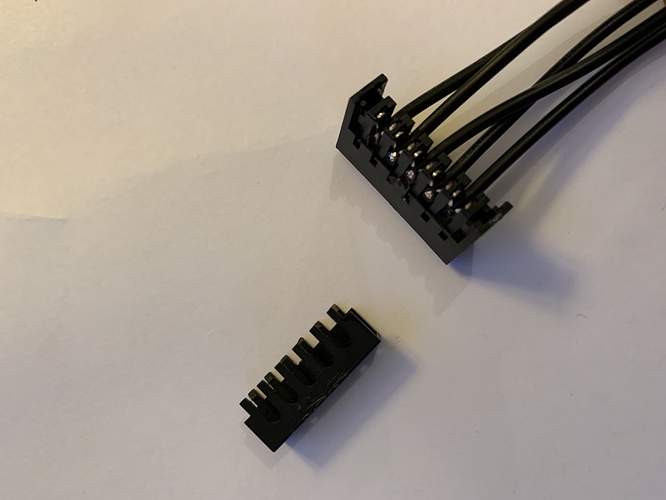 The female port is the toughest. There are no clips. The two parts just need to be pulled apart. The first time I did this, I used a small flathead screwdriver and wedged it between the teeth and forced it apart. The second time, I used two needle nose pliers. 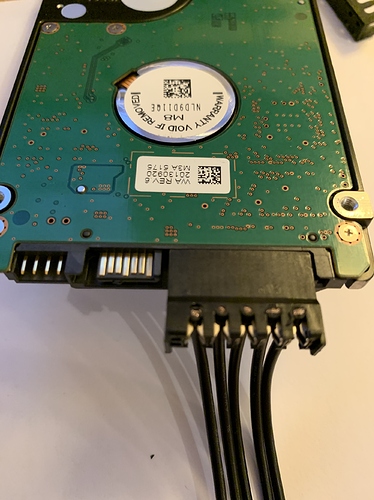 I found it helped to keep the SATA power cable plugged into a hard drive just so I knew what cable I wanted to remove (the leftmost cable, on the bottom in this image). 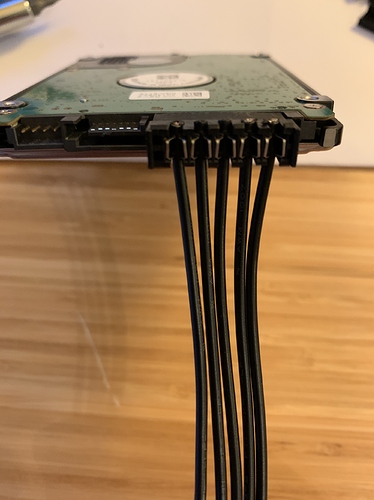 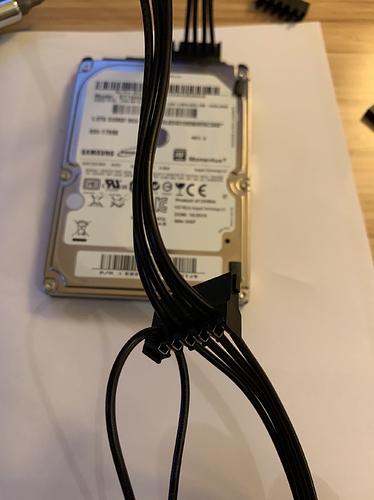 I found it easiest to bound the cable and pinch it out. Be gentle, take your time. 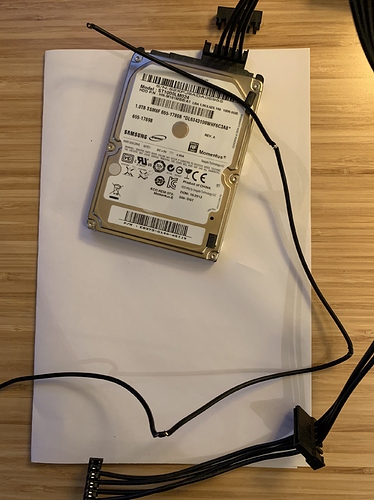 This is a great solution!

I’ve taken a lazier route and just popped that wire out of the male end. Not as pretty, but effective.

Thank you! I thought about your method but wanted to be able to look at the cable know that it’s the “shucked drive” cable. I’m losing my edge with age