Just got the notification and eBay out of stock 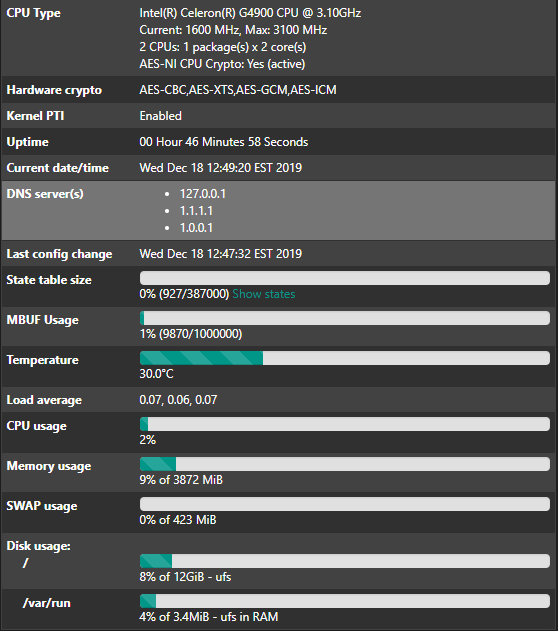 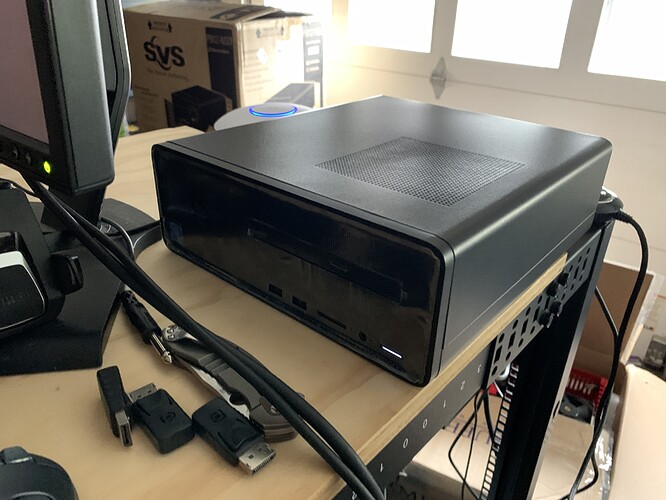 The documentation doesn’t say that it can support 16 gb of ram via 2x 8gb sticks, but I see in the description that it works fine with 12 gig.

Has anyone tried dual 8gb sticks to get 16?

I need to come visit your garage! Look at all those goodies!

Actually, from what I hear it can support 2x16GB sticks, so long as the processor has support for 32GB.

Here’s a screenshot of the HP 290 with an Intel G4900 performing 21 QuickSync hardware transcodes while performing a library scan.

Seems like it’s back in stock at the moment! May the odds be ever in your favor!

I have 8. You should have more.

I grabbed one for a pfsense & VPN box. And I grabbed the 16GB NVMe drive off eBay and screws of Amazon. Thanks for all of the links.

I plan on putting in an Intel PRO/1000 Dual PT network card.

Damn. Too slow. Good, I didn’t need one.

Here’s a screenshot of the HP 290 performing 21 QuickSync hardware transcodes while performing a library scan.

It did all those transcodes with just the CPU? No graphics card? Under Ubuntu? Ok, back in stock, I’ll grab one, probably to try pfsense.

You can use visualping.io (Free, can monitor any page, see my setup video at Loom | Free Screen & Video Recording Software). Worked for me, picked one up yesterday morning. Or monitor Discord closely as sometimes folks post when the unit goes back in stock.

Forgot it requires the Pass. My usage is 99% one user direct playing, so can’t justify the Pass at the moment. Only feature that has tempted me is downloading to a mobile device. Wish I could just pay a small amount for that feature.

This might be enough for me to move my plex off my nas jail and into this guy, if I don’t do the router thing. My Anniversary Builds don’t have the QuickSync, and I think BSD can’t do GPU accel anyway into a jail.

Forgot it requires the Pass. My usage is 99% one user direct playing, so can’t justify the Pass at the moment. Only feature that has tempted me is downloading to a mobile device. Wish I could just pay a small amount for that feature.

I think you can? If you pay for the mobile app by itself?

Unlocking the mobile app with the one-time activation charge doesn’t enable mobile sync or any other Plex Pass features. The only way to enable sync is to either purchase the Plex Pass yourself, or to be a part of a Plex Home of a user who has Plex Pass. Also, being in a Plex Home only allows you to sync content from that server, not any other shared servers you have access to.

Came in a massive box!

A free mouse and keyboard?!? Amazing!

Now I just need the rest of my goodies to come in. Waiting on a low profile bracket, and the optane memory.