Hey y’all. New to the forum. Thanks for having me.

I built this PC a long time ago, like back in 2010. Updated it in the mid 2010’s and have pretty much left it alone besides adding drives. The PC is my Plex Server, but also runs Tautulli, Sonarr, Radarr, Lidarr, Jackett, Bazarr, SabNZBd and Deluge. TBH, it works pretty well. Bottleneck is multiple transcodes simultaneously, so I’ll be adding a 1650 Super very shortly.

My question is, what would you change and/or improve if this were your setup? I think the most obvious thing is move to Unraid. I’ve been reluctant to do that given how much time I’ve spent getting this setup tuned just right. Also, I know Windows PCs inside and out, been using them since Windows 3.1 and never got into other operating systems, so I’d likely be pretty lost on a Linux machine (for example).

This is all in an old Cooler Master tower with 7 fans. Temps are typically in the mid 30’s and peak at ~55 degrees at full load.

Thanks in advance for your input and advice.

Pick up one of these instead, and remove your old video card. Keep your current system as a NAS.

Thanks for the reply. My understanding is that the 1650 Super will enable me to do several transcodes at once. Why do you say it’s a waste of money?

And what is the advantage to separating out the server & NAS?

Thanks again. Not doubting your advice, but rather trying to learn. Much appreciated.

Edit: A couple more questions popped into my head after posting this. If I were to pick up that G4 Micro Tower, would it simply be a transcode box running PMS? Or would I also move my Tautulli, Sonarr, Radarr, SabNZBd, etc. over to it as well? What OS do you recommend to run on the G4? Ultimately, what would the final setup look like if I made my current PC the NAS and added the G4? Why is this a better solution than my current setup + 1650 Super? 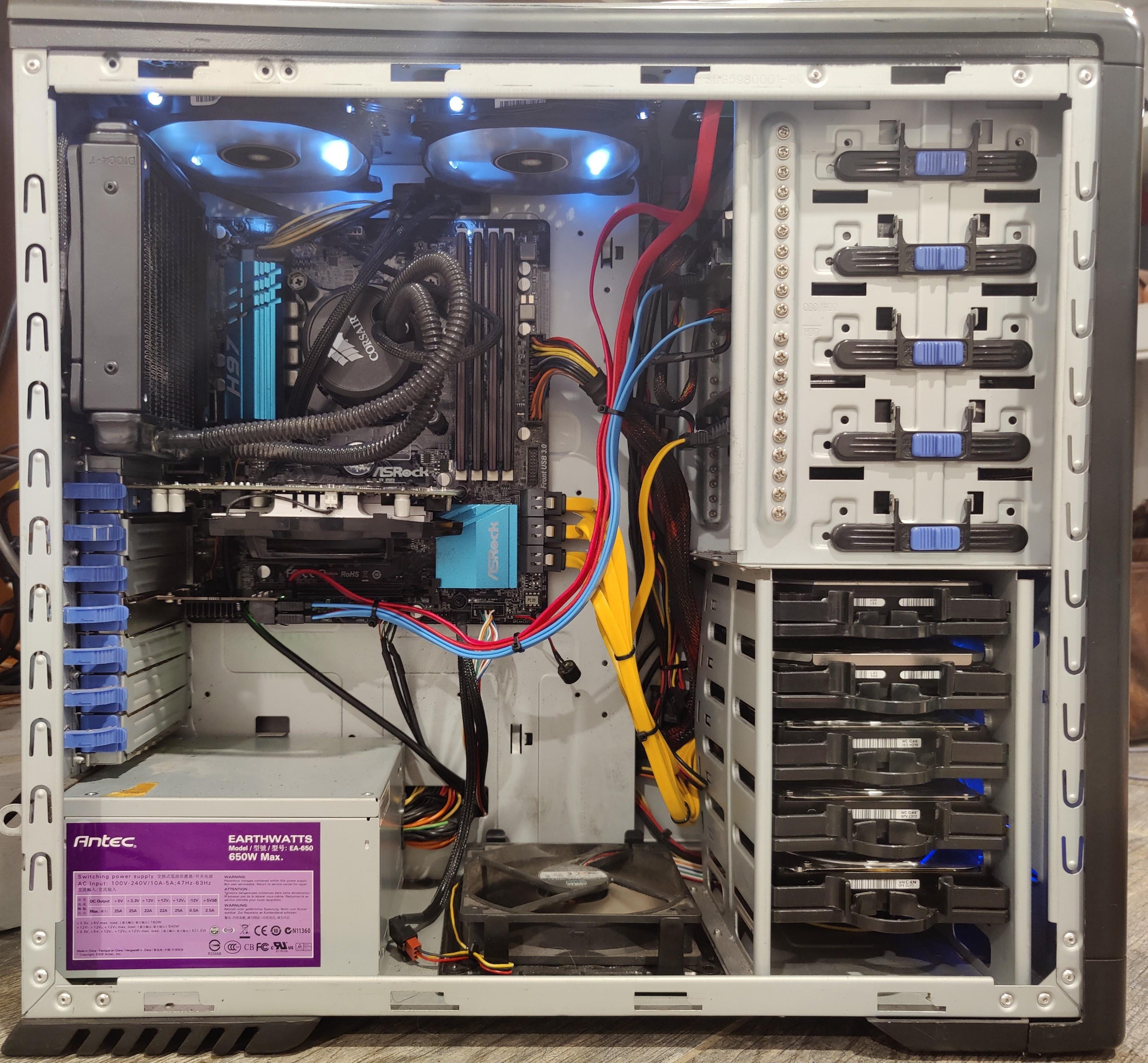 Here is my humble setup

Here’s a previous post showing the HP290 doing 21 transcodes. The G4 should have an equal or better processor. Also, these machines use very little power compared to a gaming-rig setup.

You can also move Tautulli, Sonarr, etc, everything all over to the machine. I recently migrated my server from my Windows gaming rig (very similar to yours) to the G4 with Linux Mint + docker containers for everything. I have a NAS for storage though.