One major point of these guides is to save money by purchasing the recommended parts at the time published from the used market.

The point of quicksync specifically is that it quickly outpaces standard CPU transcoding while keeping the cost down. A 50 dollar CPU with quicksync can outperform a several hundred or thousand dollar CPU without quicksync when it comes to plex transcodes.

It is recommended to keep Plex with quicksync as a dedicated system to simplify setup and maintenance. More specifically, this is to avoid complications passing the iGPU through docker or a VM and avoid potential resource sharing issues.

The Xeon you listed does have quicksync, but also costs nearly 3x as much an entire HP 290 or Otis build, and that’s just the CPU.

Since the 290 availability and price fluctuates and is inconsistent lately, I recommend the Otis build. Either of these options should be paired with a NAS, but Otis can also be built out as a multipurpose all in one box if you wish to go that route. Check out the NAS Killer 4.0 guide as well.

Streams is a general term.

If you mean transcodes, with QuickSync that CPU can do 20 easily. 16GB of RAM is completely overkill, most people usually use 8GB. RAM speeds are not important, 2400 or 2666 is fine.

After reading I’m seeing that LGA1200 Mobo are about the same in price. But they do not have the LGA 1200 pentiums in stock anywhere. Is a New Celeron a better option for a plex/home storage over the G5400? 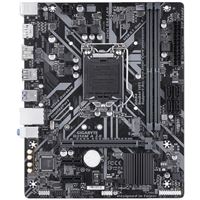 Little more than $50 but not sure if its worth investing in a new socket.
https://www.amazon.com/dp/B088ZVZ8Q4?tag=pcpapi-20&linkCode=ogi&th=1&psc=1

The difference between 8th/9th and 10th gen is minimal. Personally I would invest in LGA1151 with an 8th-gen CPU, and when it comes time to upgrade, the 8th/9th gen i3/i5/i7 will be much more affordable than LGA1200. There’s nothing that LGA1200 brings to the table that LGA1151 doesn’t already have.

Sort of what I was thinking going to go with the 8th-gen pentium then. $40 under budget
https://pcpartpicker.com/list/
Anything I should spend a bit more on? Also only 12TB right now as this is first NAS

Im not sure if this is at all an optimized setup. Ive only built pcs so thats what I went from

Interesting the talk about getting 20 h264 transcodes “easily”.

If I try and do any more than 20 it starts buffering - despite disk, network and cpu all being low - which to me suggests the QSV chip is maxing out

Seems to be a bottleneck regardless of transcode quality. Even transcoding to 720p 4mbps im limited to 21 or so transcodes.

Also if I add PGS subtitles, even though it’s HW encoding/decoding, CPU usage skyrockets also and transcodes are limited to around 17 or so.

Would be interested to see what performance you achieve with files with DTS 5.1 audio and/or PGS subtitles.

Unfortunately I don’t believe 20+ transcodes is always easily achievable in QSV as there are so many variables that impact CPU usage outside of QSV.

I don’t have any experience with the E-2276G. I’d recommend trying to upgrade to 20.04 as recommended in the guide. As far as I know, subtitle transcoding takes place exclusively on the CPU, which is different than video stream transcoding.

Also, if you’re doing anything else on the machine, it changes the environment, negating any of the results stated here.

In running on a baremetal testbed- nothing but Plex and netdata running.

QSV capability of the E-2276G is the same if not higher than the G5400 (Same gen- higher spec iGPU which utilises more system RAM).

Are you able to test 1080p h264 with DTS 5.1? Genuinely curious if you can run more than 20 simultaneous transcodes without buffering.

Did some more testing, and the results are interesting.

Note// To remove disk performance from the equation - content was saved on 64GB ramdisk and transcoding also occured in RAM.

RESULTS
QSV
Starts to buffer at around 20 transcodes - with significant IOWAIT - despite files and transcoding stored in RAM. System load is minimal (2-3), and user/system CPU usage is also minimal (20%).

See streams buffering and transcode speeds less than 1.0 for reference.

NVENC
Streams 24x Transcodes with no buffering. All files sitting in throttled transcode

SUMMARY
Whilst QSV performs adequately for less than 20 transcodes - and CPU usage remains low throughout the test - QSV transcoding generates noticeable IOWAIT despite disk activity being minimal. IOWAIT increases in step with the number of transcodes running. It does not occur once a particular threshold is met- instead it builds slowly as transcodes are added. Once IOWAIT hits approx 60% transcodes begin to buffer.

It is important to remember that IOWAIT isn’t specifically disk related.

The exact same test on NVENC does not see this same IOWAIT side effect, running on the same hardware, same disks, same transcode setup. As a result - 24 simultaneous transcodes run without buffering.

Don’t transcode audio at the same time and report back results.

Why? Neither NVENC and QSV transcode audio

Both comparisons are processing video via the GPU, and audio via the CPU

Because QuickSync inherently takes place on the CPU.