I’ve been building gaming computers for myself and friends for a few years now. When I wanted to get into servers, I asked around for the basics of what kind of hardware is out there to build with. The folks I was talking to informed me that ‘you don’t build servers, you buy them’ and I was a bit let down. A Dell r270 would be nice but not much fun. Until someone from Serverbuild noticed me asking about it and invited me into this great group of whackjobs

I built my first Server to function mostly as a NAS with hopes of future Plex streaming and video game hosting. I built what I believe to be a pretty textbook setup, running Unraid, according to the v1.0 guide.

So I ended up with a rack mountable, 3GHz 4c/8t server with 9TB of storage and double parity. I’m utilizing the Gigabit networking but haven’t played with IPMI yet.

I still have a few 80mm fans left over, thermal compound for later builds / reapplying if I take the cooler off, and a whole lot of components that I can utilize in future build should I desire to cannibalize this thing and make something comparable to a NSFW beast.

I’ve gotten it running Unraid on my network and have moved a bunch of files over to it.

All the components out and ready for pre-assembly inspection 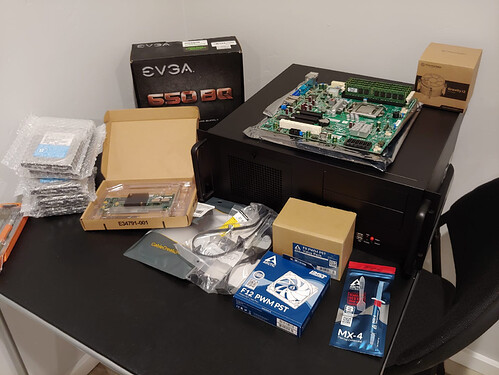 I brought out all my extra monitors, keyboards, mice etc as I got it set up before running headless. My desk was a bit full. 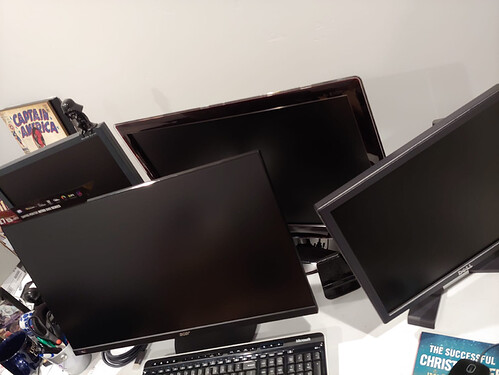 All the components installed and operational 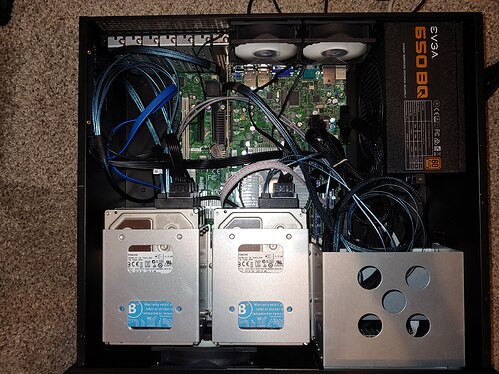 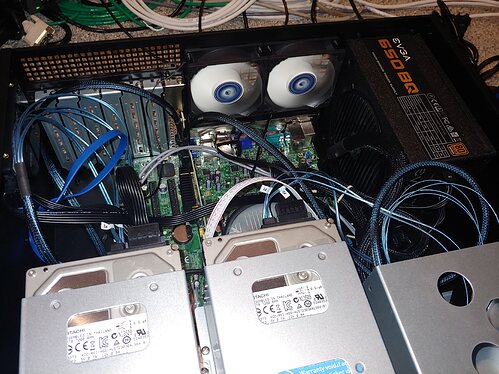 Cache SSD is mounted to the far wall of the chassis 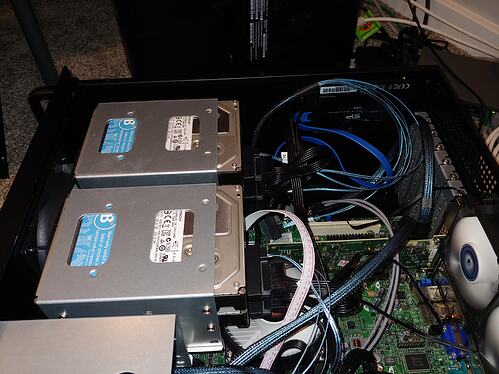 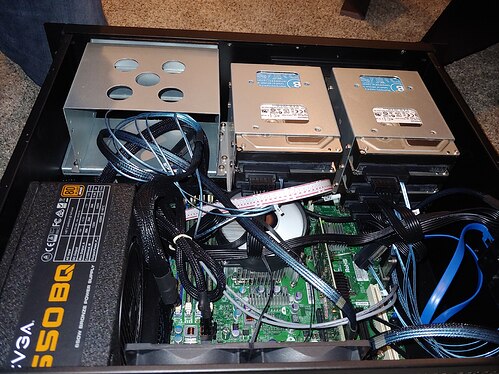 The SAS cables powered by SATA cables were a breeze 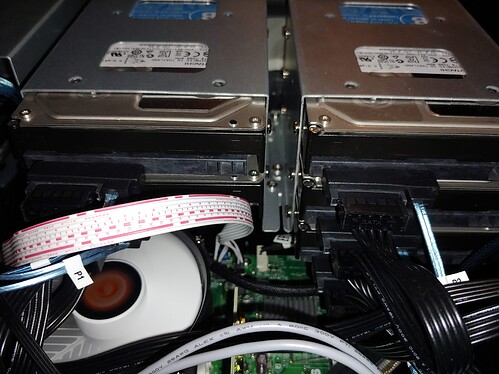 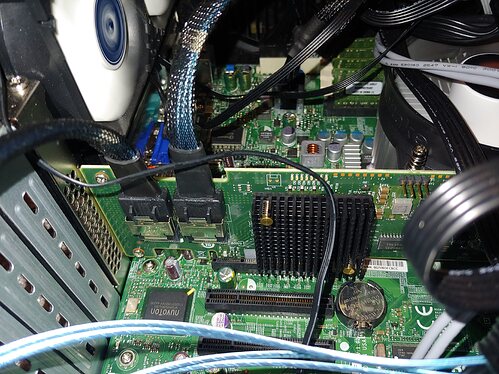 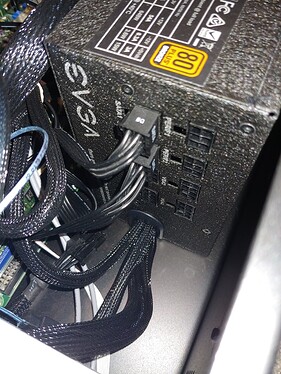 Now comes all the learning about Unraid, Dockers, VMs, Plex, and all the software. But I’m happy to say that the hardware is done (for now

Build looks great. Any particular reason you chose that RAM at that price?

I was looking for 8GB 2Rx8 sticks that were ECC and registered. Can you regularly find ECC sticks for $15?