This is my small(ish) form factor poverty build based around Fractal Design’s Node 304 case.. I had previously been using the hp290, which was completely stock other than an added 8TB hard drive for storing media and a NVMe SSD for the OS, but pretty quickly ran out of space for my, uh, “ISO” collection. I had originally planned on doing a DAS, but decided against it to try and offload my usenet work onto a different computer to not strain the ability to transcode in the future.

My requirements for this build were pretty minimal; more about the form factor/design rather than actual processing power, and I landed on the Node 304 as a case that would fit in my built in entertainment center. It’s mainly me and my fiancé watching movies/tv shows on Plex locally through an Apple TV or her iPad, although sometimes my brother in law will access it on his phone remotely. I saw this post by another user on the forums for a SFF build and figured I could make it work with the Node 304 pretty easily. Prior to this build, I had never built or put together a computer, and my knowledge around it was limited to fucking up my parent’s computer when I was 12 and having to frantically piece it back together before they got home. So I can guarantee that I probably made some dumb/less than optimal build choices, but I had fun doing it!

Here are the parts that I went with for my build. 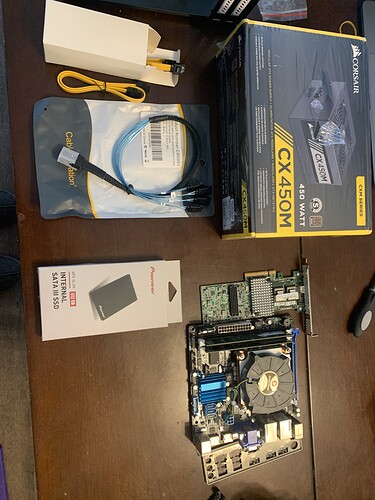 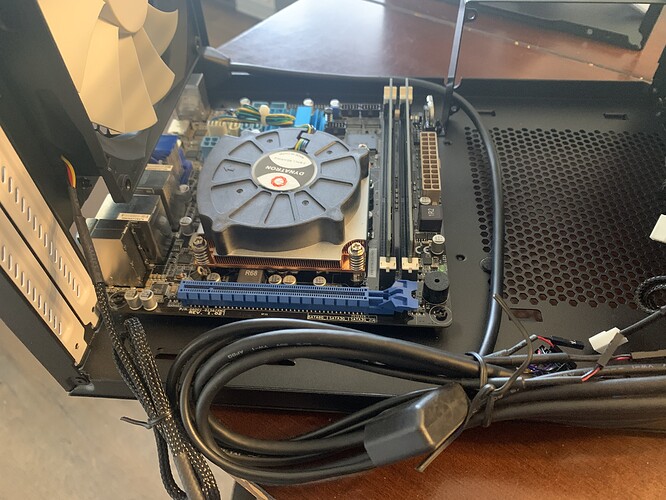 IMG_30814032×3024 2.77 MB
Motherboard secured. I initially forgot to install the I/O cover, so I had to take the motherboard out after I was almost done with the build to install it. Whoops. 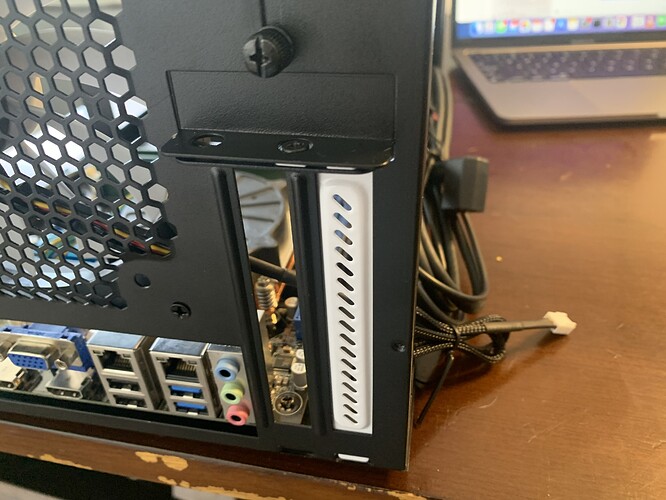 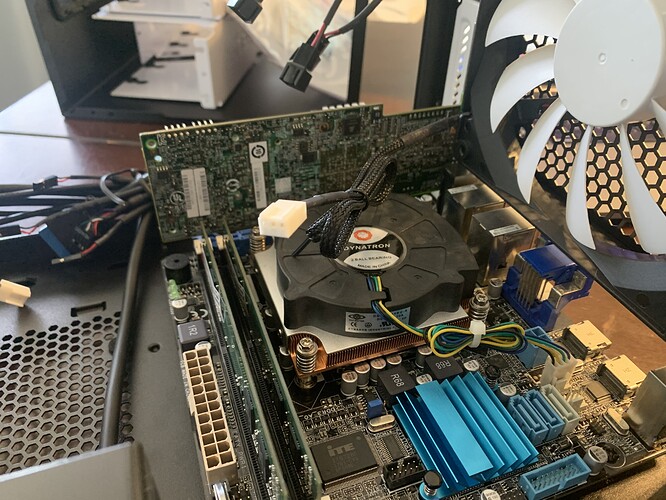 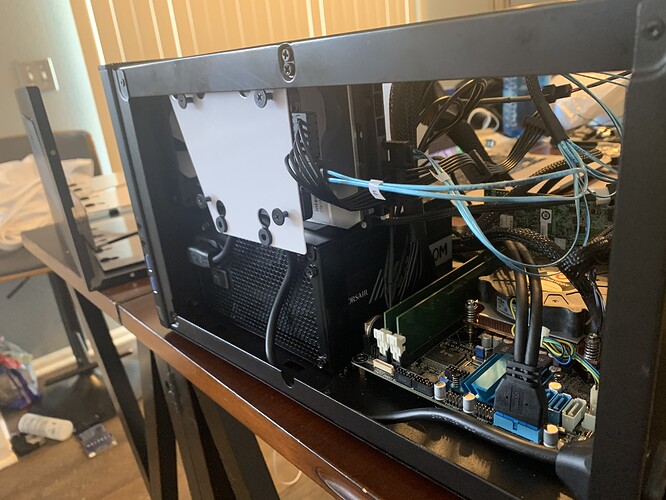 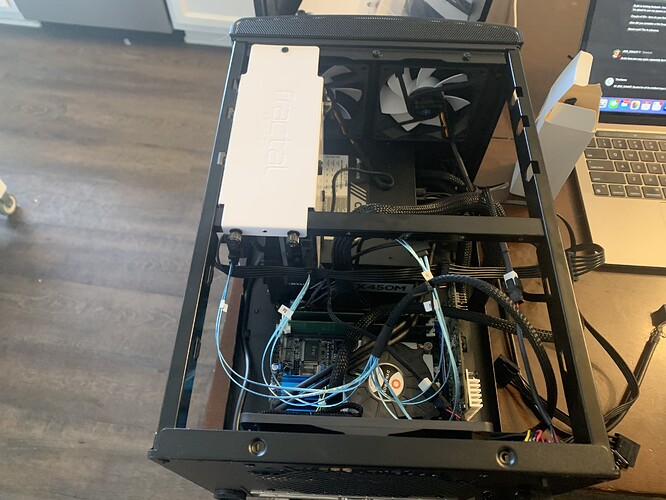 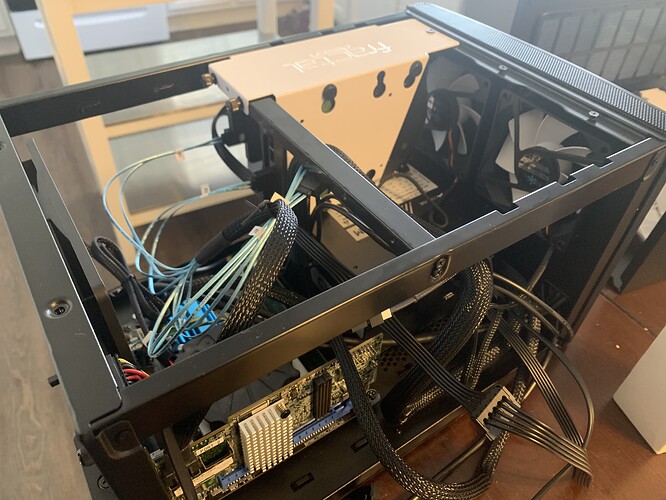 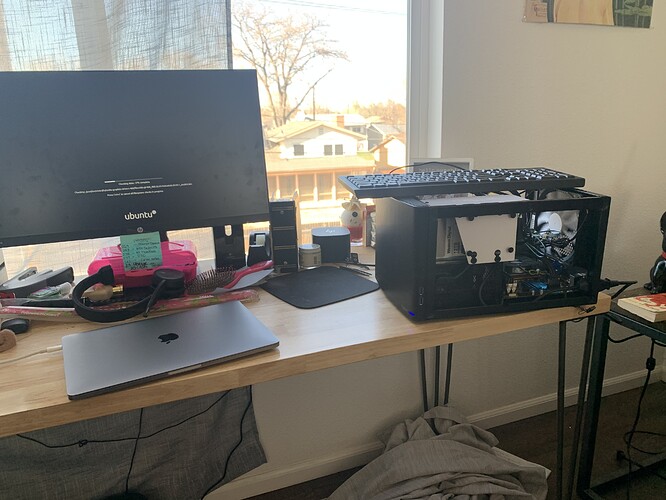 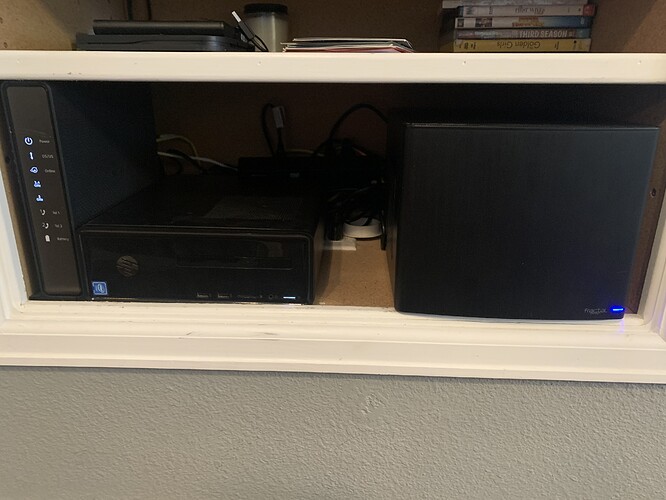 IMG_31824032×3024 2.17 MB
Nestled into my entertainment center next to my hp290, which as of now runs Plex for transcoding, pointing to the NAS, and my Home Assistant server until I get around to transferring, if ever.

I am still working out the software side of things. I wasn’t sure how to handle storage backups, so for now I’m just using Ubuntu until I figure out what to do otherwise. I have Sonarr, Radarr, Bazarr, Overseerr, and NZBGet running in Docker containers (super convenient), and have the two hard drives pooled (for now) using mergerFS, which I use Samba to point to my Plex server.

So far everything works great, and other than a few hiccups with permissions (because I’m a dumbass and don’t know what I’m doing), it all went pretty seamlessly. Eventually I’d like to upgrade the fans in the Node, as the stock ones are pretty loud even after switching their BIOS setting to “auto” vs the full hurricane force they were originally set to. I probably need to upgrade the cpu cooler in the hp290 too, as I noticed it felt a little warm, and plan on adding some more RAM.