Trying to rebuild my NK4 system from this build since it looked like my DQ77KB died.

Since sourcing a replacement DQ77KB was getting ridiculously pricey, I decided to make the jump to micro-ATX: 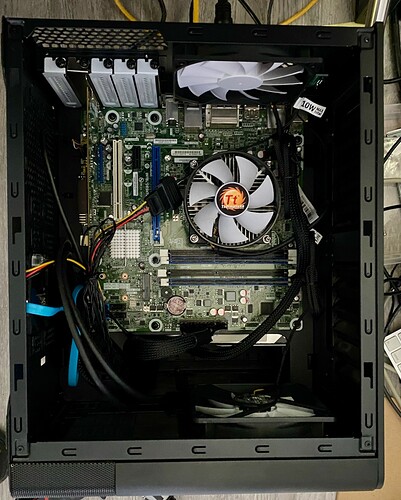 So everything powers up, I get LED lights on the motherboard and the blue ME light goes on, the fans are working and the power light on the case is on, but it won’t post. Initially I wasn’t getting any video at all via the mini-DP, but I got a DVI-D to HDMI adapter and now can at least see the BIOS boot screen, but it never gets past this, nor does it allow me to F2/F10: 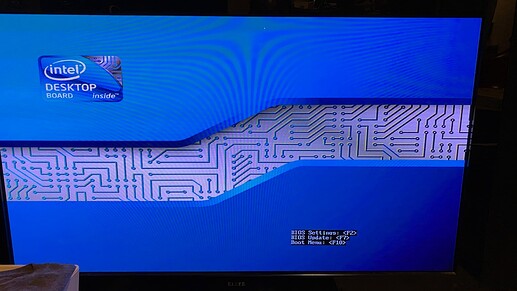 I don’t really know what else to try here, maybe my old CPU was bad too and I need to replace it as well?

Any ideas/suggestions would be appreciated.

It’s possible that you need to use an earlier Sandy-bridge CPU to update the BIOS for Ivy-bridge support.

hmm the Intel compatibility site claims that the DQ77MK should be compatible with Ivy-bridge with minimum BIOS version 31; the seller posted pictures that the BIOS should have been at 48 already? 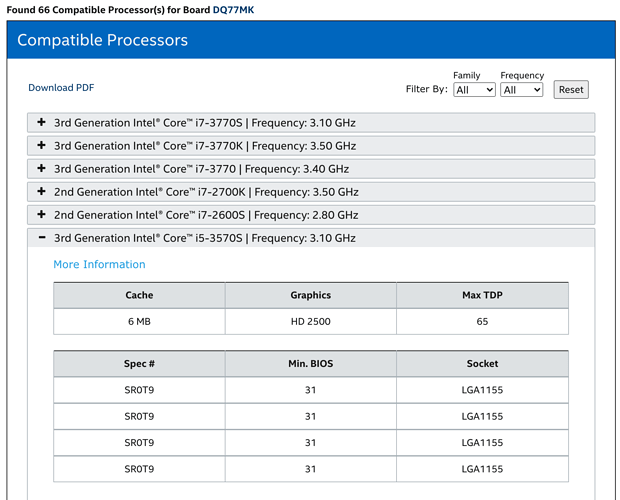 I finally got this all working a couple of weeks ago, but I’ve been finishing up the fiddly bits and am just now coming back to document…

It turns out it didn’t like having the LSI board in the PCIe-x16 slot, which maybe it really wants only to have a video card. But I was able to put the LSI board into the open-backed PCIe-x4 slot and it works great.

Somehow I also ran into an issue where my existing SSD that was working fine as my old cache drive would block all other drives from being seen as boot devices, so if it was connected then all it would do was to try and default to PXE boot. It looks like some sort of partition mismatch, possibly when I switched it from btrfs to xfs due to the SSD cache write bug thing in 6.8. It just ended up being easier to buy a new SSD and copy everything over than figure it out.

I mistakenly ordered 140mm fans to put above the drive bays for extra cooling, not realizing that you can’t have fans and drive bays at the same time. So 2x 120mm fans for the front of the drive compartment, but since I had the 140mm ones anyway and it was not worth it to return them, I swapped some of them around and put them all in. 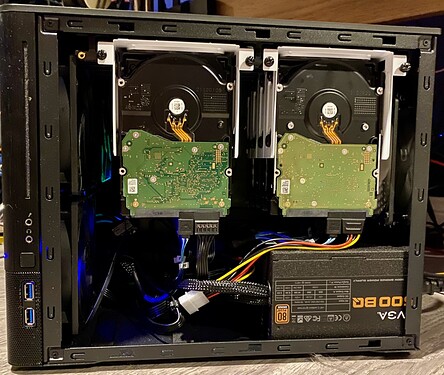 Everything works, kids are delighted that the Plex server is back up, and I even took the time to undertake renaming/organizing the movie library and finally installing Radarr, putting in library update triggers from Radarr and Medusa, and setting up Tautulli with Slack/Discord notifications. Whew!