I got the X8DTL-3F and trying to figure out what system temperature (in health motoring in bios) actually corresponds?

I read the northbridge chipset need to be actively cooled with a fan. I have put a 80mm on it but I get about I get around 47 degrees celcius after about 10 mins on idle in bios… is this high?

I notice if I put the fan more on the LSI SAS1068E “chipset” I get slightly better temp at 45 degrees.

Both temps are well within normal ranges. Are you having issues? Care to share any pics? 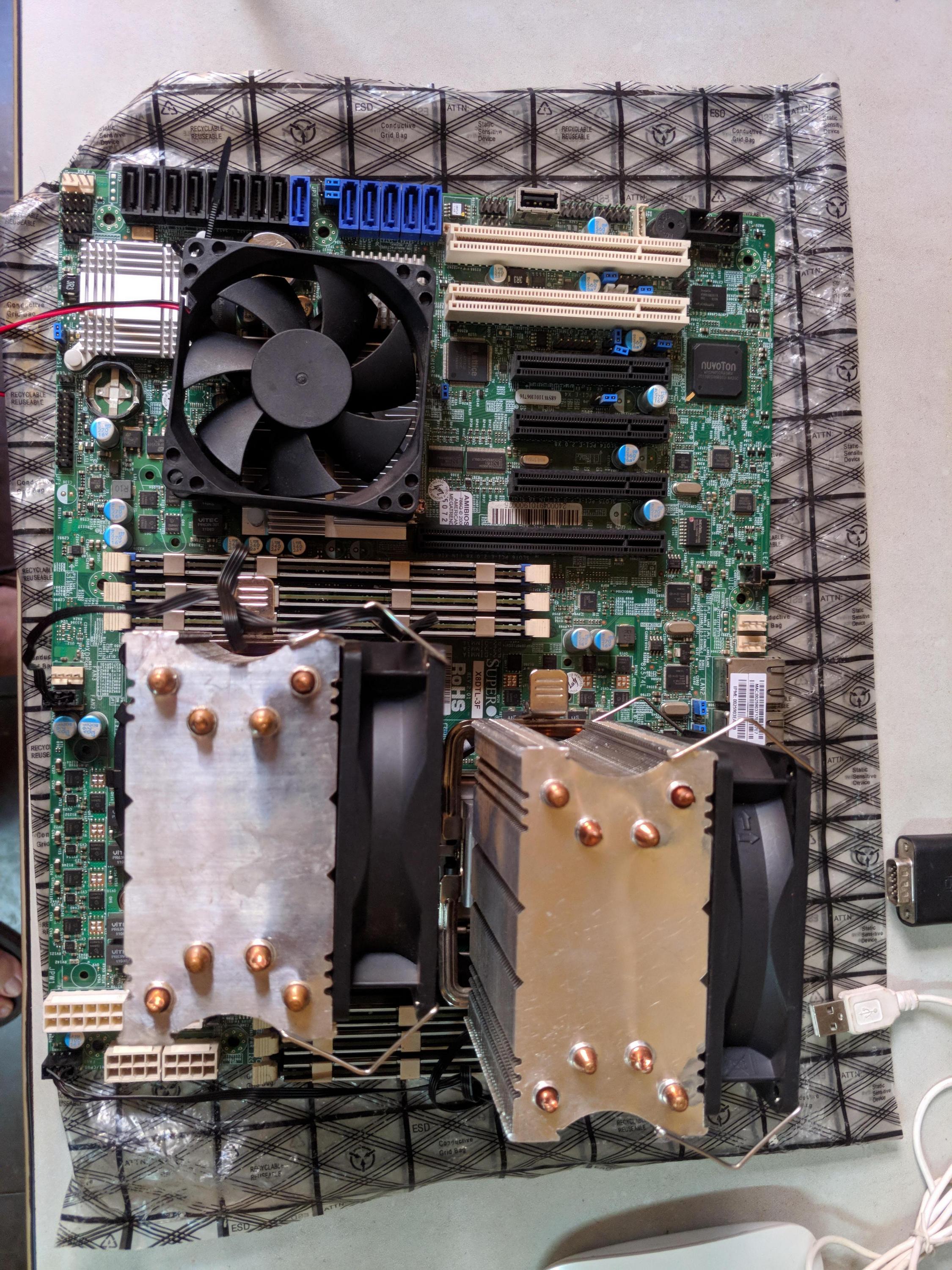 I didn’t had issues until today when I tried some transcoding of a 4k x265 video file with emby.
It was transcoding fine with cpu on load (65 to 100%) and temperatures of the cpus being at 55 to 63 degrees celcius.
So it seemed fine until the computer freezed. I forced shut down it. When I tried to restart it I got beeps errors… I got 5 short beeps and 1 long beep; the manual says that it is the ram.
So I removed 2 rams closest to the northbridge chipset as I was suspecting a high temperature on the rams… the latter were indeed quite hot.
i booted fine with the 2 rams out.
i then reinstalled the 2 rams and it booted fine.
So I suspect the rams got too hot?

Well, you’re bench testing, meaning there’s only airflow over specific parts. Putting it inside a chassis will help get air to the RAM, but even so it shouldn’t be overheating.

When you do put it in a case, flip your CPU coolers around, they are currently backwards.

The cooler fans are pushing air out at the rear of the case. So it is ok. Temps on the cpus are pretty good actually imo. 65 degrees max on prime95 torture tests

Show a picture from the side then.

Show a picture from the side then.

so you are finding that my temps are not good? I thought 65 degrees max on the CPUs on prime95 torture tests were good temps.

I have already installed the mobo in my casing. I can only take a photo at the rear of the case if needed but why? The temps are not good?