I’ve been running my Unraid server build (that’s based largely on the SNAFU guides here) for a few years now and it’s been running great. Thanks to everyone for all the info and guides that helped me along the way.

I have a spare NVIDIA Quadro P5000 that I’d like to toss into the system and passthrough to my Emby docker to do GPU transcoding. I’m running redundant Supermicro PWS-920P-SQ power supplies but the CSE-846’s PDB doesn’t have PCIe power cables (the Quadro P5000 needs 8-pin PCIe).

Is it as simple as getting a molex to PCIe 8-pin adapter cable? I was looking at these, but the Quadro’s TGP is 180w and these say they are only rated for 120w.

Any guidance here is greatly appreciated. Thanks in advance!

My full build specs are:

Have you considered moving to Quicksync?

You can probably sell that Quadro P5000 for a good bit considering the market right now. It should be more than enough to fund your entire build and more.

Thanks for the reply @JDM_WAAAT. I’m definitely not opposed to going that route. The bulk of my media content is 4k x265.

I want to keep the CSE-846 for the sheer drive density capability and would prefer to maintain a single-server solution for everything I’m currently running rather than adding a second device for Emby. So swapping out the mobo/cpu/ram while maintaining the as much of the rest as possible would be ideal.

Any suggestions on hardware I should shoot for if I move to Quicksync, given the rest of my build?

I’ve recently moved from a Supermicro X9DRD-7LN4F-JBOD in an 846 case with dual Xeons on UnRaid with a GPU passed through for Emby transcoding to an X12SCA-5F with an 11th Gen Intel CPU and Quicksync transcoding.

Wish I’d done it sooner! Let me know if you want any more info @MSOBadger . I also moved away from UnRaid to Arch + MergerFS + SnapRaid at the same time - really needed those later kernels for that new CPU.

Thanks for the reply @Warren_Hughes - wow it sounds like we were running the exact same configuration. Which GPU were you passing through in your x9 build?

I spent today reading up on the X12SCA-5F. Looks like a nice board - it’d definitely be nice having the native nvme support. Looks like supply on them is pretty hard to come by on it at the moment.

I did some reading on Arch+MergerFS+SnapRaid as well. Looks interesting. Was it relatively seamless to change your storage drives over from your Unraid configuration? I have really liked Unraid so far, so I’d prefer not to switch away. Does the older kernel in Unraid really hamstring the newer CPUs?

Are you still using the 846 case and then just using an expander card with that board?

Previously passing through a p4000 - now iGPU all the way! As @JDM_WAAAT suggested I used the sale of my p4000 to cover all the changes

X12SCA-5F is amazing - everything you could possibly want in the BIOS. Took a month for my order to ship here in NZ.

I moved all my drives across to MergerFS with data and fs intact. I’ll progressively convert each drive to standalone BTRFS so that I can take advantage of how it interacts with SnapRAID GitHub - automorphism88/snapraid-btrfs: Script for using snapraid with btrfs snapshots 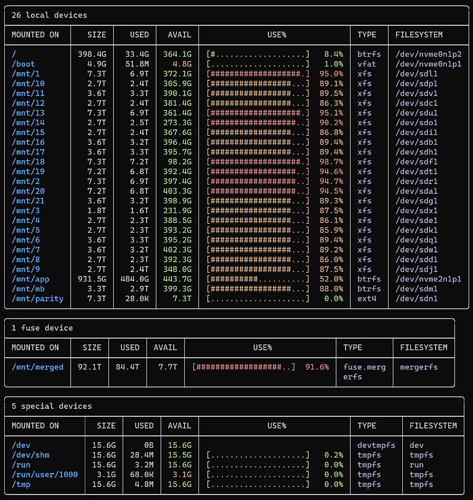 Yep still using the 846. Although mine is modded to use a standard ATX PSU and my front fan wall is using Noctua NF-A14 and the exhaust are Noctua NF-A8 controlled by a Corsair Commander Pro fan controller which has full Linux support: 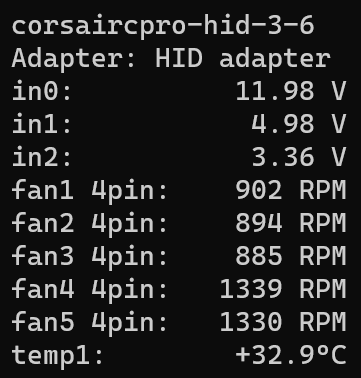 I’m using an LSI 9211-8i connected to the backplane with a mix of SATA and SAS drives. Pretty sure my backplane is a BPN-SAS2-846EL1

Thanks again for all the info @Warren_Hughes! I took a read through all of the Intel i915 thread as well.

I’m going to keep my eyes out for inventory on the X12SCA-5F; hopefully by the time inventory actually on it becomes available again the Unraid guys will have made progress towards an official 6.10 release that addresses the issue.

Regardless, I’ll make the switch to Quicksync here at some point. In the interim, it would be nice to toss this P5000 in my unit if I can figure out my original power connection conversion question.

Have you looked at the HP 290 or the HP S01? They are the best ways to get into Quicksync and barely make a dent.

Thanks @JDM_WAAAT. I’ve definitely considered the HP 290 and HP S01, but I’d ideally like to keep everything neatly organized in my rack and haven’t seen any good rackmount options/hacks/ideas for either of them, including hunting for 3D prints on Thingiverse. (If anyone has any ideas on that, I’m certainly all ears.)

(Yes, I could just put a shelf in my rack and zip it tight there, but I’m a bit OCD about the way it all looks.)

I do have an iStar D-118V2-ITX 1U chassis laying around that I might be able repurpose to house a new Quicksync Emby server build. It was my original pfSense build based on the pfS_WAAAT i5-3470T / Intel VT1000 / 1U Rack Mount Firewall/Router build. I know that the i5-3470T that’s in it right now isn’t a very good Quicksync option, so I’d need to figure out what internals to use instead if I went that route.

In that case I would recommend following the OTiS build.

[JOIN THE DISCORD] OTiS - Off The Shelf All of the components in this guide are readily available from your favorite retailer(s)! [image] serverbuilds legend says this is the last thing you see before you die. Overview Since the HP 290 is often going out of stock, and there is still quite a demand for it, I thought I would put together a simple guide on building your own! (with more options for expansion, of course) Software You really only have a few options to get Plex’s HW Transcodi…