If you decide to purchase one of these and don’t want to shell out for the official drive trays, I made a 3D printable alternative. Here are the STL files:

The hardware kit for the chassis only included enough for 2 screws per drive, so I designed two revisions with integrated pins so you only need 2 screws. If you prefer 4 screws, I also included a revision with just screw holes.

Those look sick. Now put the serverbuilds logo inside!

Damn it! These are nice. My wallet hates you.

Buy once. Cry once. (or twice)

From what I can find they are quieter than normal supermicro with the 80mm fans. I was able to find a youtuber with the eeatx board in one, so I pulled the trigger. Have a 3d printer, so can print the rails but would prefer the caddies so if anyone finds a compatible source please let me know. Will post pictures once I get mine moved over.

It could potentially be modified to work with EE-ATX. The X9DR3-LN4F+ should fit depth-wise, it’s just that extra 1.68" to the right of the I/O plate that’s the issue. You would lose the 3.5" bay, and possibly the hot swap 2.5" bays on the back if you RAM is too tall, but otherwise it should be possible.

Arrived today in perfect condition. It’s definitely not silent, but the psu noise is less than I expected tbh. Hopefully will get time to build on it some this weekend. 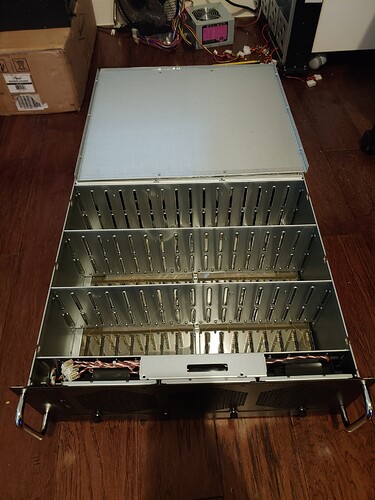 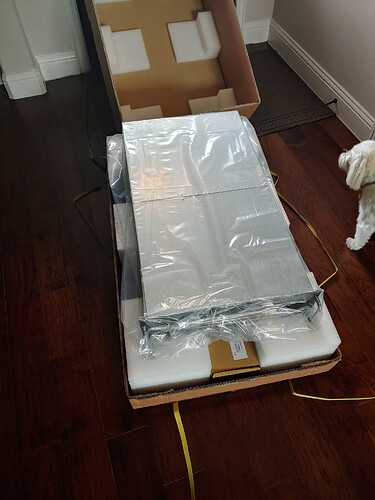 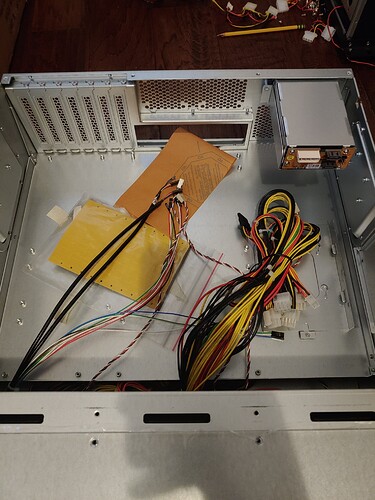 Wow, that’s very impressive packaging. I’m jealous! You should make a build thread so we can follow along as you start to build it out!

Yeah this is going to take more time to build than expected. Turns out my 3d printer doesn’t want to work right so after a full night of printing I have 2 drives worth of usable rails. Really wish there was someplace to buy the caddies for this thing.

In theory, you could upload the design and have a company print them for you?

yeah that’s an option, usually extremely expensive though. More likely solution will be to spend the day at the library here as we have 3d printers for free if you bring filament. Just the thought of spending the day at a library as an adult is cringy.

The good news is that I got the 3D printer running again, although I did have to thicken up the rails provided as they were coming off allowing a bit more wiggle than I wanted. if Mthrboard agrees, i can post the updated ones here .

Before you print a ton at that extra thickness, try putting 3 drives side by side in the rows. Mine were thicker originally but when I added drives in the other rows they wouldn’t go in.

Good point. Ill try that. I wont have all 48 drive bays populated for a while yet so I was planning on a checkerboard approach.

Yeah even thicker they fit 3 across. Had to order some mini sas to mini-sas cables as my case didn’t come with 2 like some other peoples did, all I had were tons of breakout cables on hand. Looking to start my transition from the Supermicro 836 to the NR40700 this weekend. Will get a build thread up to show the fun.

I’d like the STL for the increased thickness if you get a chance as I have some printing to do myself… this things a beast.

About to pick one of these up. Anyone know where I can get the sleds that match as I do not have a 3D printer.

Ask in the 3D Printing channel. They may be willing to take the commission.