SNAFU in a classic case

Been running Unraid on an old Phenom x4 for a long time, but finally pulled the trigger on an upgrade after feeling pain from Plex transcodes and docker containers regularly competing for CPU. That little machine performed admirably, but 4C4T only gets you so far. It now gets a much deserved vacation.

Picked up the recent “array starter kit” group buy (thanks BitDeals) to supplement existing drives and HBA. Threw it all on a Supermicro dual LGA2011 board package from eBay and now I’m sitting pretty with 12C24T. Paired it with an extra 32GB of RDIMMs I also snagged more RAM on eBay to get me to 48GB, though I’m not really sure if/when I’ll ever need even close to that. Had a GTX 1050 laying around, so you know that was going in along with the kitchen sink. Still running Unraid.

Didn’t have a case that could hold EATX, let alone the number of drives I now have. Thankfully a friend came to my rescue and unburied an aluminum Lian-Li PC-201 case (2006/2007) in his garage. I was skeptical that it would work out due to the age, but I ran into surprisingly few hurdles. It was missing holes at three of the needed standoff points, but a drill solved that. The standoffs self-tapped the new holes without a hitch. It’s a massive case and I don’t even want to think about how much it cost back in the day. Already have all 12 3.5in drive bays full, so a DAS box might be in my future. 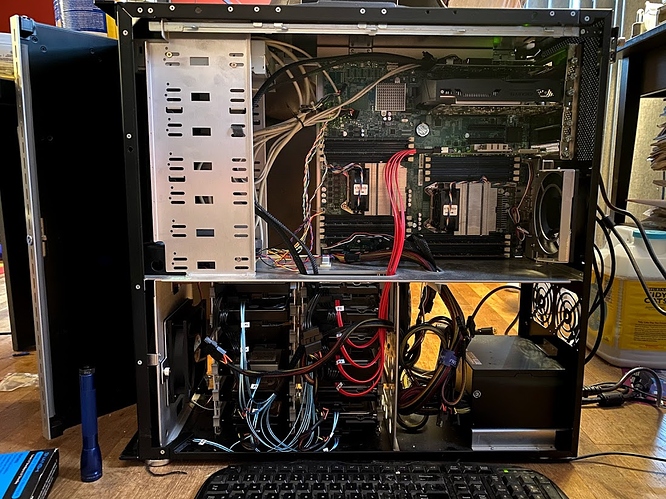 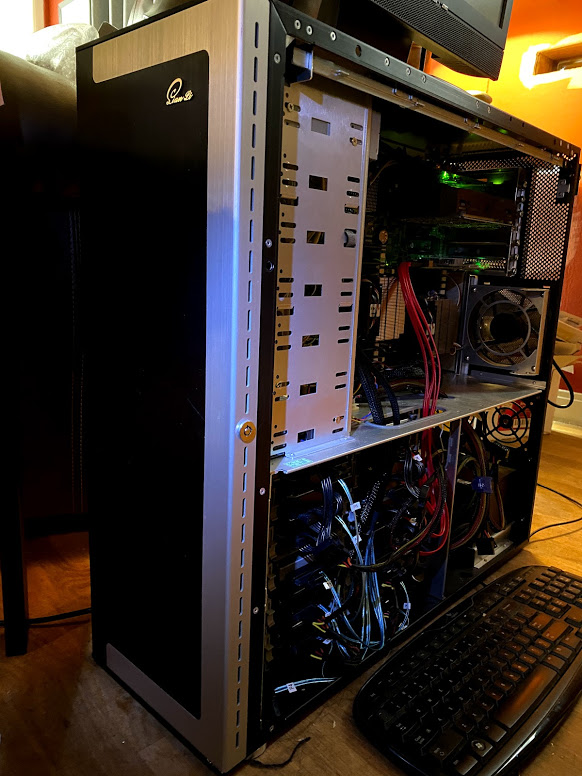 SNAFU or NAS Killer 4.0 are plenty for what you are looking for.