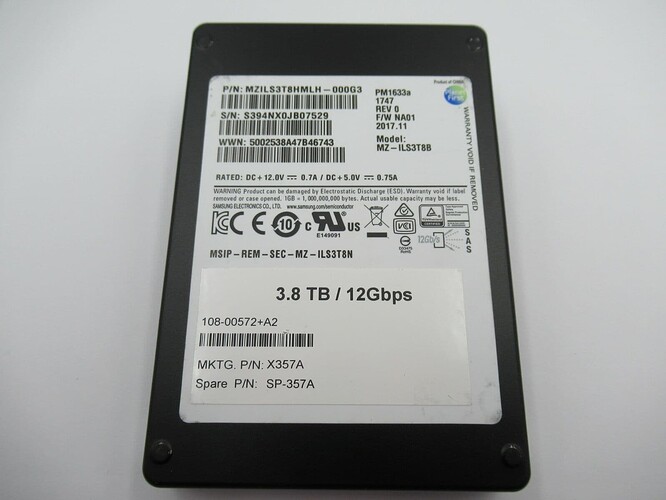 I had gotten a 1635A last year. It worked pretty well and the endurance was super duper high.

It did gradually die on me after a few months though. It just started throwing more and more errors until finally it didn’t work at all. So that was a bummer.

That can happen with any drive.

yeah I know. just the first time I had a SSD fail on me in this way. actually the only other failed SSD was one where I broke the SATA connector.

oh and I forgot my particular drive was a netapp model so I had to use sg_format to reformat from 520 byte to 512 byte.

The SSD tier we use at work get abused (write heavy workloads) quite a bit.

The HDD are normally written to once and then just read for the rest of their lifetime.