Pretty's Purity Rig (Or, how I learned to build a server as a noob)

Hello everyone! I don’t use reddit much but wanted to show off my build anyway. This is less of a “I finally completed my build” post and more of a “I got the setup as good as it can be right now”. I’ve had this built for well over a month now and have been tinkering around with a few different setups to find out where I like it the best.But first let’s talk about the build.

I decided to build the NSFW build after looking over JDM’s other guides for the simple reason that upgradability is a huge factor for me and even though these boards are fairly dated by PC parts standards, the built-in functionality means that this board will serve my purposes for many more years to come. It didn’t take me long to see the potential of this build and not long after, I took the first step into the rest of my life and this little beauty showed up at my door. 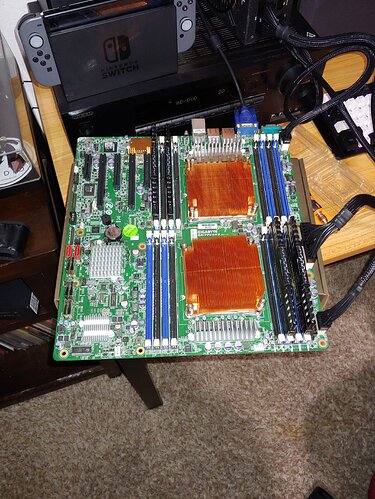 I was excited to say the least, but I still had a long way to go before I was running my own rig. After purchasing 4 sticks of 16gb memory, two e5-4650’s and a couple of coolers I was off to the races. I set everything up on a cardboard box and…nothing happened. In my rush and excitement I had accidentally purchased the wrong processors. After kicking myself several times and finding a nice deal on a pair of E5-2680’s, I booted and was ready to rock and roll. I had built several PCs before so installing components was nothing new to me. I counted and double counted my standoffs, made everything look nice and pretty, and marveled at my handiwork. 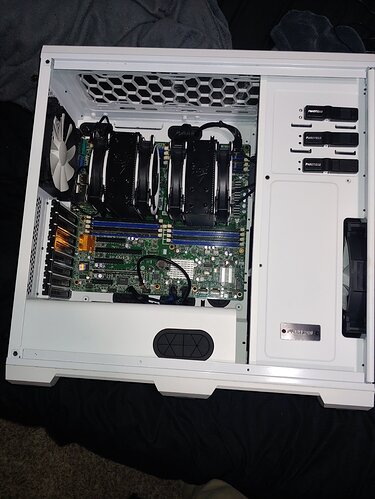 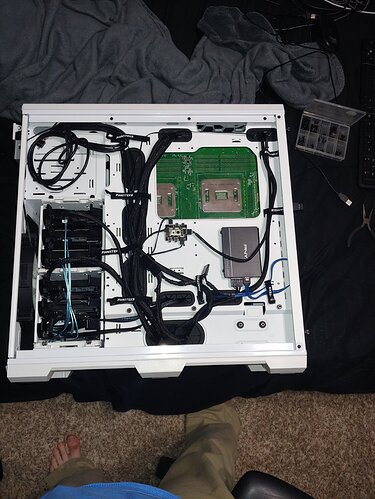 That first time booting was pretty nerve racking. The whole time I kept wondering what certain noises were, certain that I had forgotten something and was about to kill my entire investment with nothing but stupidity. To my surprise, there was no fire, no smoke, no burning plastic…I had done it. The relief I felt that first time I booted from inside the case is indescribable (maybe that’s just me). It was right about that time that I looked around at the disaster that had unfolded around my room during the process of setting this thing up and putting everything where I wanted that it struck me…I never actually planned on where I was gonna put this behemoth. I couldn’t put it on the carpeted floor of my bedroom since I loaded this thing down with fans and it would just suck up all the cat hair in my apartment. So for the longest time it was hidden away in my closet where no one could see it. Sure, I’d walk in there every now and then and get to see it, but this thing was my first work of art. It should be on display!

Over the weekend I decided to repair this egregious error and also set up a DAS in my workstation in order to increase the upgradability to my array. I also decided to swap over to water cooling while I was fiddling with everything since I had a cooler from a b-stock sale just lying around. I split my array between my server and my workstation and everything worked flawlessly. Here’s the before/during/after of the setup. 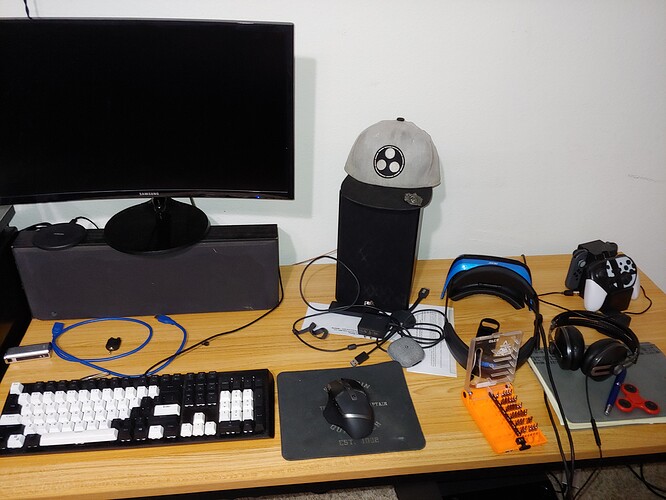 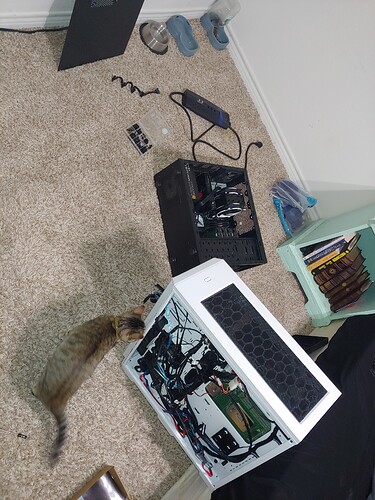 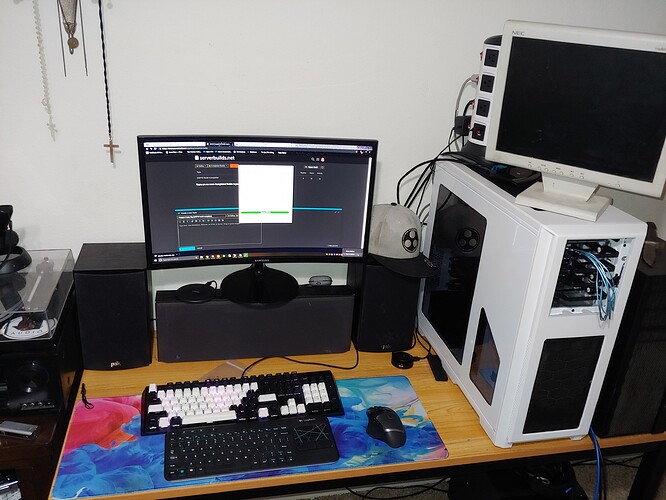 Well guys, I had fun doing this build and I am really thankful for all the information presented here and on the discord. I definitely couldn’t have done it without help from you guys.

how’d you like working with the case? I couldn’t wait to eventually pick up a server motherboard, so for now I stuck in an old matx motherboard with an i7-2600 just so I could play with the case.

And I must say, I enjoyed working in it, save for trying to shoehorn in the rosewill 3 bay to 4 hdd cage - that part sucked ass.

As far as desktop server cases go, I quite liked it. I never felt cramped and Phanteks did an amazing job thinking out the cable management with the built in velcro straps on the back side. The included fan splitter was a nice cherry on top as well. All in all the only thing I wish is that it had more HDD bays. But I GUESS 10 is enough.

You can see how I stuck my HDD bay in there in a couple of the pictures. I removed the front USB/audio hub and is actually ended up fitting in there quite nicely. Got it held in place with a couple of zip ties. Now I just have to find some replacement trays since I already broke one of those flimsy plastic ones. Oh well. Lol.