I know just about everyone here uses (or has used?) Unraid, but before ya’ll decided to stick with it, did anyone load different operating systems to see if there’s any difference in power consumption?

Well, I did last week: 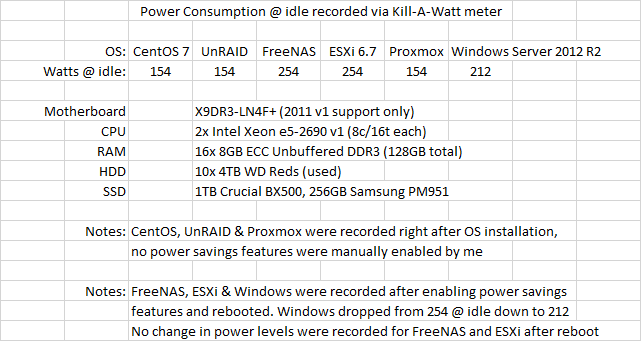 I’m going to be honest here - I’m a huge ESXi fanboy, and imagine my disappointment with its built in power savings feature that did fuck all for power consumption.

I also use FreeNAS @ work - we have 2 FreeNAS Mini’s - while the power consumption on the Mini’s is low (Octo-core Atom C2750 CPU’s in both) I’m now wondering if it’s because the CPU in those little boxes are just naturally low power and not from anything Powerd is doing for it.

Anyone else test & record results on their servers? Also, how much power are you guys sucking down at idle?

What was your testing strategy ? Did you reset bios to defaults?

it was very spur of the moment. didn’t touch the BIOS and thought about that after I posted.

basically it was install OS, look at kill a watt. Turn on power saving stuff if I knew where to find it. I’m thinking I might be able to tweak it more.

Interesting findings. I didn’t record it but very similar hardware and results to yours with ESXI and Freenas. Between those two I noticed no difference in power usage. I didn’t bother to look the brief time I had unraid, as I quickly found I didn’t care for it.

I know I read something about the lack of turbo boost when ESXI is running, I wonder if the unraid system is able to make better use of single core speeds to keep power consumption down. 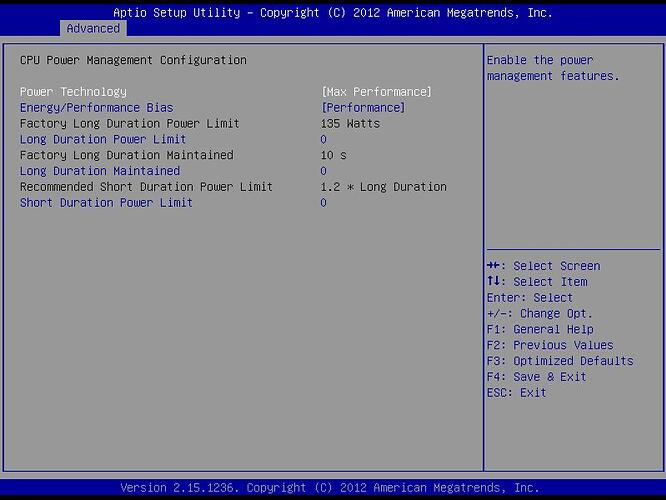 I’ve set them both to “Energy Efficient” now. Time to retest

Eager to hear the results. You could probably retest at every base setting just to see the differences.