It’s probably loud, but you can swap in some 40mm fans to help with that. 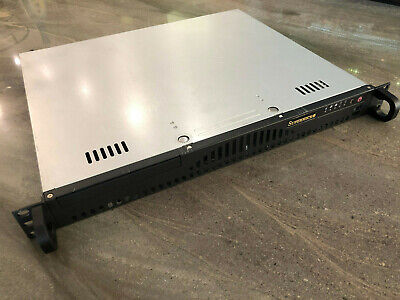 Up to 32GBs of RAM, add a powerful Xeon E3 v0 or v2, and a big hard drive or SSD, and you got yourself a good storage server. The Xeon E3 is a very powerful server, great for running virtual servers. 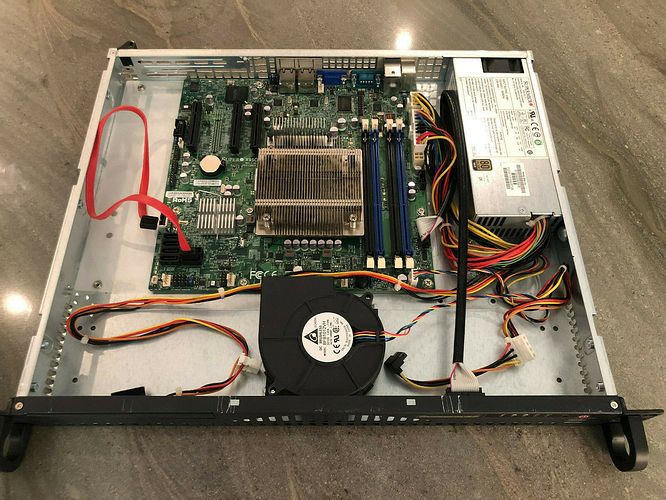 Anyone want to do group buy to NYC?
I don’t have a car, but could meet near penn station or Grand Central!

The 512 is a great short-depth 1U chassis; it’s about 16" rack depth. This is very similar to the famed R210ii that’s so popular for pfsense. This chassis should be a bit more flexible with boards.

There is space for a single 3.5" drive or a couple 2.5"; the PSU has SATA power. The SCL only has SATA2, no SATA3. Half-height PCIe works if you pick up a 90-deg riser; beware that riser dimensions are not standardized. No IPMI on this board.

You can replace the blower with some quieter 40mm fans (Sunon V3/V4 maglev or Noctua if you don’t mind the price). With a low-power CPU, cooling needs should be lower. The PSU has a 40mm that probably isn’t replaceable, though.

This price is about what it’s been at for the past few months; it’s still a good deal. If you want a 1U gigabit router and noise is not a big deal (or you’re willing to mess with fans), this is very close to turn-key – no add-on NIC needed, just pick up a cheap CPU, a bit of RAM (2-4GB), and either that cheap SATADOM or a spare SATA SSD you have lying around.

(In case anyone is about to ask: no, don’t run Plex on this! It’s also not worth it if you were planning on using the board for a NAS in a case with more drive bays; there are plenty of bare X9SCL/M-F available. Contrary to the listing, this system with a single 3.5" drive would not make a good storage server.)

The Sunon 40mm V3/V4 fans I’m finding are about the same price as Noctuas. Any source for cheaper ones and how do they compare to Noctua as far as noise and performance?

Noctuas are good stuff, the only issue is they know it, and charge you accordingly. Sunons should be around $5-7 each on eBay. Here’s one listing; both the HA and the KDE V3 are fine. Those are 10mm thick; there are also 20mm thick ones. From China, so there’s an off chance it’ll be a counterfeit, but for such a low-revenue item I don’t know if it’s worth it to them to counterfeit. 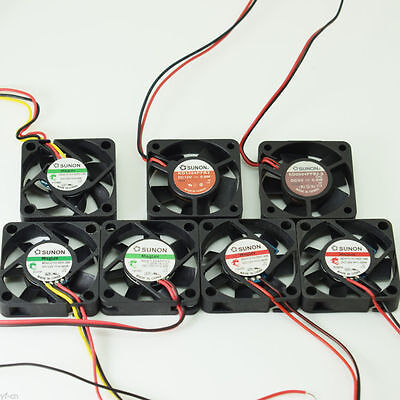 FWIW, I made an offer of $73.99 and the seller accepted. So for $105 shipped I have the beginnings of a new pfSense build.

I have been running an old Linksys/DDWRT router for the last couple weeks since my circa 2018 USG died. I reached out to Ubiquiti for support, but they were firm on their 1 year warranty.

This looks great, I’m looking for a rack mounted 1u server for pfSense under $250 and this certainly looks like one of the best options for the price.

My top 2 priorities is that it is as quiet as possible and not too power hungry. I would rather spend a bit more up front to get both of those options.

Can anyone comment on if this would be my best option or if there are better ways to go? Thanks.

This won’t be silent, but it should be relatively quiet. You can replace the blower fan with Noctua 40mm, but they aren’t cheap.

The PSU is kind of a toss up though, it could be loud, tolerable, quiet, or silent. Just depends on the model.

True. The blower is on the noisy side. Not terrible, but noticeable compared to everything else in my network rack. I’m thinking of selling it on.

I decided to go in a different direction with my pfSense build and purchased an ODYSSEY- X86J4105864 single board computer.
https://www.seeedstudio.com/ODYSSEY-X86J4105864-p-4447.html

So far it has been solid for the past 3 weeks: 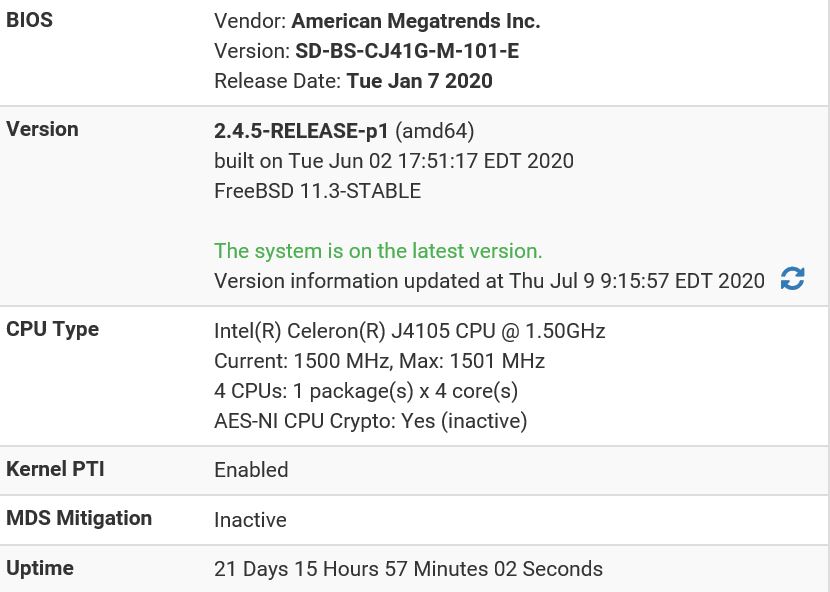 I know that my route isn’t everyone’s cup of tea. Sorry for the tangent on this thread, but I wanted to share my pfSense experience after my dead USG left me a bit unhappy with Ubiquiti… (I’m still happy with my 24 port switch and access point.)

What cpu would you recommend adding to this to make a pfsense build capable of getting 1Gig speeds and using IPS/IDS and having responsible power draw. Or is that asking too much for the age?

CPUs NOTE: Prices include shipping, and do not reflect any OBO discount. Only prices for listings with 10+ units available were entered when possible Processor (eBay link),Stepping Code,Socket,Cores / Threads,Notes,QuickSync (QSV),AES-NI,Max...

The e3-1220l has a tdp of 20w?
How well does pfsense handle multi-threading? Is higher clock speed or cores/threads more preferable?
Specifically I’m wondering how this would compare to the g4900t. Thanks

If you have a very high speed connection, clock speed is preferable. If you’re doing more IDS/IPS then more threads are preferable.

You are probably overthinking this. Considering you have two good options already listed.