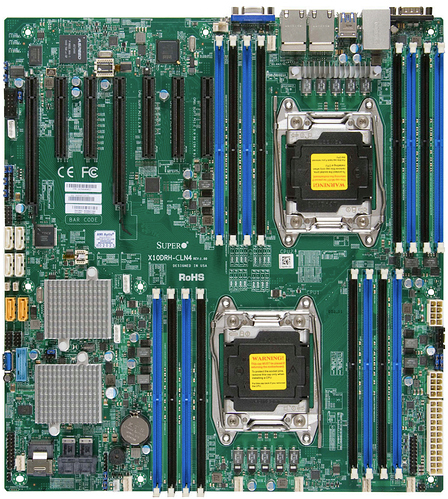 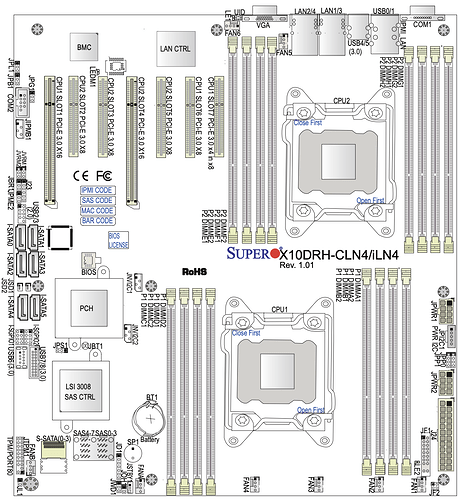 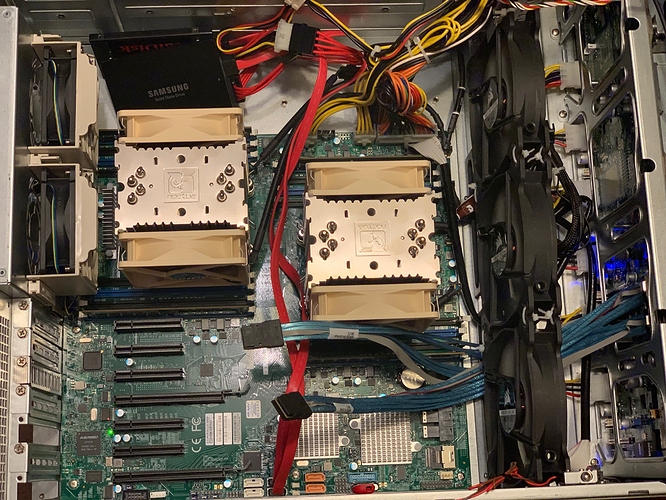 I’ve been building PC’s for about 30 years now, but I’m a complete noob when it comes to enterprise. I’ve been building an Unraid server to replace my aging QNAP server. The new server will be used as a media server and various usenet services (like Radarr, Sonarr, nzbGet, etc.). My Plex Server is in a HP-290. This is my build so far.

The motherboard includes LSI 3008 SAS3 Controller. The board has has 2 mini-SAS ports that can connect to a total of 8 drives.

I’m out of my depth, but I think I need a cable or cables from the motherboard to a HBA expander. And then from the expander to the backplane. The backplane has 2 cables coming off of it - I think it’s a 8087 to 8087 - hopefully visible in the picture I uploaded since I’ve never used SAS connectors before.

I’d like help with which HBA card or expander cards I need, and which cables I’ll need to connect everything. Thanks.

The SAS header onboard is SFF-8643, which is newer than SFF-8087. Out of curiosity, how did you land on an x10 board? Due to cost, we don’t yet recommend it, and it isn’t mentioned in any of our guides. Unless you got a very comparable deal, I would return it in favor of an x9 board or similar and v1 or v2 CPUs to save some money. Performance won’t be noticeably better for the extra cost. Check the Snafu guide for examples on recommended 2011 boards and CPUs.

That aside, you’ll need two (2) SFF-8643 to SFF-8087 adapter cables to connect your backplane to the x10 board you have now. You’ll also need to flash the correct IT mode firmware to the LSI3008 SAS controller onboard.

ALANMAN, thank you for your help!

I started with the x9 boards a few months ago and got upgrade fever. I always seem to do that. At the time, the EATX motherboards I was looking at were roughly the same price as the x10. I know that the Board / CPU combination I got was more than I need for my use case. But, I’m happy with the deal I got on all the parts.

If I connect the backplane directly to the motherboard using the two (2) SFF-8643 to SFF-8087 adapter cables, will I need to get an additional HBA card and expander card? As I understand it, the onboard mini SAS only gave me access to 8 drives total, and I need to get to 24 to take advantage of the 24 bay case. Or am I missing something?

The onboard SAS is your HBA, so an additional one would not be needed. Your backplane model also acts as the expander. However, I was mistaken, you only need a single SAS cable for the EL1 model backplane. (I was thinking of the EL2 model that would take 2 but also has more features, such as failover and multipath).

The costs of the x10 boards are dropping as is the DDR4 memory. There will be a flip eventually, hes jsut ahead of the curve. That being said my friend has an x10 board and the v3 cpu and his power usage is not much lower than my v2 so I think the x11 and v5 cpus will be where we see the desire to upgrade for power costs.