Don’t get me wrong, you’ve provided good and helpful information! 9th-gen are coming down in prices.

@JDM_WAAAT I appreciate the informative thread. I just purchased my first 290 to be used with OPNSense and in particular Sensei. I am considering upgrading the CPU at some point since I have a symmetrical gigabit Internet connection and just barely hitting 850Mb during speedtests.

I noticed some of the 8th and 9th gen T series are supported (e.g. i5-8500t). I understand this series has a configurable TDP-down frequency. Is this something that’s supported in the 290’s bios? Thanks.

Long time lurker with a few builds under my belt, but registered to confirm that the 9700k does work fine, at least in terms of booting and minimally running Ubuntu server 20.04. I’m having trouble getting quick sync to work in my dizqueTV docker, which is the only reason I’m curious about upgrading the processor to something a little beefier. I just happen to run a 9700k in my gaming rig.

I did not stress the processor very much so I cannot speak to the max power consumption, thermals, or stability of the power supply at full load etc. The stock heatsink was cool to the touch after 30 minutes or so at 16% total usage (roughly 100% single core usage in FFMPEG).

With a Samsung 500GB SATA SSD, 4GB RAM and the 9700k, reported power usage from my KP115 smart plug is 7-9W at the server login prompt, and 14-18W at the usage mentioned above. These numbers are roughly equivalent to the G4900 stock CPU from my testing which was somewhat surprising to me, but Intel does have their power efficiency down pretty well at low usage.

Obviously most use cases for this little box would leave a lot of performance on the table with these higher end processors. I will probably try reinstalling proxmox tomorrow and testing a Windows VM etc. once I move over some RAM.

How many watts (average) when it runs pfsense? thanks.

I know these originally started out at $120 and the price seems to have gone up in response to the demand. At the time of this writing they are approx $180 on ebay. Would you still consider this a good buy at that price, or are there other builds/buys that one should consider?

This seems to have replaced the HP 290.

Lots of information in the quicksync thread.

However, the ProDesk 400 G4 is the current budget king.

~10 watts depending on the config.

Currently looking for new servers to replace my 8-10 year old Xeon build and was a little too exited when I saw the power draw of the current popular machines and the HP 290 in this thread.

Bought the only available HP 290 in my county and didnt’t check the model name enough. The 290-a0000no does not have any PCIe slots.
Was planning to install a second NIC. I guess I could run it as a router on a stick as other models like ProDesk 400 G4 costs like $490 USD here. 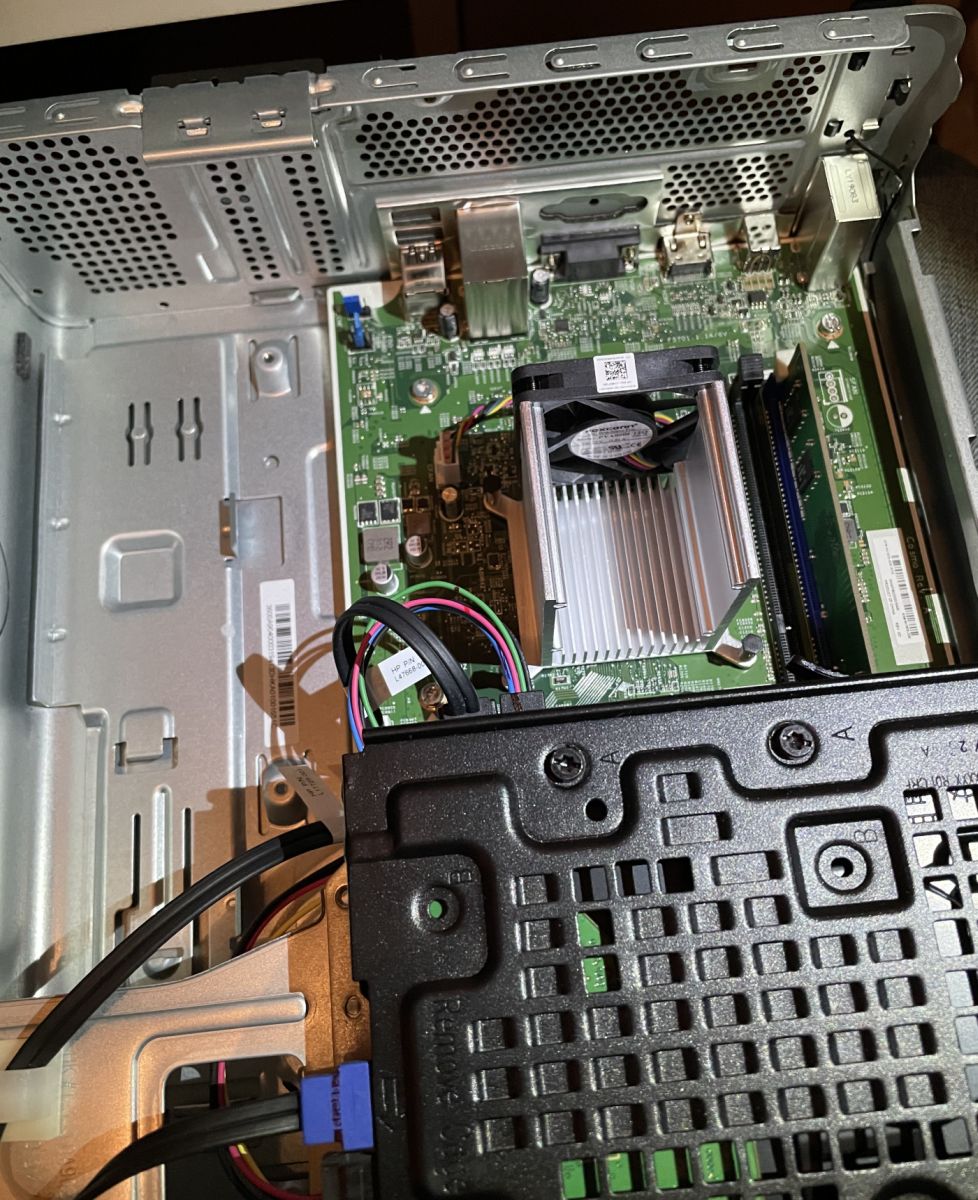 That’s a good idea, thanks. I’ll try with a single NIC first then maybe USB. And I’m not sure who the CPU load will be with VPN + USB NIC as it puts on some extra load.

I need 2-3 of these boxes anyways for some stuff in docker etc. so it should be fine. Should be easy to sell it again as well.

I have a HP 290 and I was thinking of attaching an external NAS storage to the USB 3.1, but nowhere does it tell you in the documentation if they have GEN 1 or GEN 2 ports, I know they are not type C but I also understand the chip set supports 4 USB 3.1 GEN 2, can anybody clarify this?

Thanks Sean, but I still am a little confused, all ports are same color, black, four of which have the “SS” identified on them. Looking at the history of Gen 2, they are supposed to have a different color and or have a SS+ or SS10 identifier. Do you have any further clarification?

Yes, in theory all USB3 ports should be Pantone 300C blue, and labelled according to their spec. The ports do have sufficient wiring for at least gen 1 5Gbps (if you look closely at the SS ports, you’ll see the extra 5 pins right at the lip, in addition to the 4 big pins further in). Whether gen 1 5Gbps or gen 2 10Gbps is supported is then a matter of the PCH and board.

I have not tried a 10Gbps device on these ports myself, but I think it’s likely it should work.

Thanks again Sean, hopefully someone will see this post and confirm if it will indeed run 10 Gbps.

Hi JDM, I bought two of these, one for Plex transcoding as you suggested and one for SAB and QbTorrent. Neither one of them will power up. Am I missing something or did I just get really unlucky and have two duds shipped to me? I’m not as experienced as you, but I’m not a noob either. Very frustrating.

Did you get it fixed?

Yeah. Thanks for responding. I’m almost embarrassed how simple it was.

That said, I have a couple questions - actually a few - about making the 290 and Plex box. Should I ask in that thread?