which exactly ddr4 2400mhz memory module inside? I want just to add 4gb from aftermarket with the same characteristics for dual channel mode, without necessity buy new kit and sell original.

It does not matter. You will get dual channel with any 4GB DDR4.

How often are these going in and out of stock? I had two in my cart earlier but they went on a stock before I pulled the trigger.

Is this actually a good host for blue Iris? Everything I’ve been reading is talking about needing more cores, or does quick sync negate that need?

Motion detection in BI needs a bit of CPU, unlike Plex transcoding which can rely only on the iGPU. Try it with the Celeron, and if it’s not enough, you can upgrade the chip.

I’m currently building a beefy FreeNAS box (50tb usable, 64gb mem, e5-2630 v2) and was planning to run Plex in a jail. This will be my first experience with a Plex.

Been reading some comments that make me wonder whether it would be better to pick up one of these as a dedicated Plex box… thoughts?

I have a similar spec’ed unraid server. The advice here seems to be use a dedicated box for Plex so you can use QuickSync. However, with such a beefy server, there should be plenty of power without QuickSync. So I’m thinking I’ll stick with using Plex in the jail until I need so many transcodes that QuickSync is necessary. So try without a dedicated box first. Can always add one later.

@Nuke for this one, you have to boot into windows and then run HP’s upgrade assistant software. It’ll include a link for firmware that you can download and upgrade it to

Should I upgrade the bios/firmware? Is there a specific reason to?

Plex does not like being on a secondary drive on Ubuntu. If you can get it to work, more power to you… but I’d just use a 1TB M.2 NVMe as the main drive if I were you. It’s a lot easier.

To try some things out, I have the the 290 running Ubuntu, and Sonarr/Radarr/nzbget and Plex. Storing all media on Gdrive. So far, I’m finding things a bit slow compared to my 700 passmark micro server running Windows. Shouldn’t the 290 With Ubuntu blow it away? It doesn’t look like the CPU is the bottleneck. The computer is busy downloading from Usenet, while constantly uploading to Gdrive.

What’s the best guess for the bottleneck? The network port? The old/probably slow SSD I have everything running on?

Yes, but not all cameras do it, and none have the motion detection customizations/tweaking that BI does. I get too many false positives with the on camera detection.

Would I be able to take the board out from one of these boxes and drop it into a different 1U or 2U box? I would assume the only consideration would be the standoff location on the board. Looking to do something rackmounted, and buying a 290 seems cheaper than getting a board and CPU myself.

After seeing the QS performance of one of these low end chips, I’m thinking that for my upgraded build I’ll use a Pentium or Celeron in a dedicated Plex box and a seperate DAS or NAS just for storage.

pfSense deployed and in the wild… 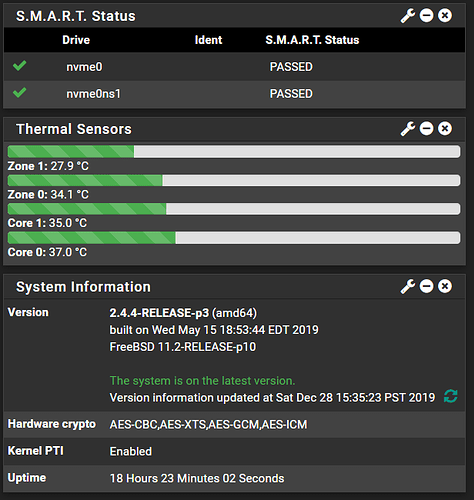 Nope. Too many proprietary things, such as shape, PSU pin out, and more.

Just buy a rackable shelf and put the 290 on it.

Mine is in the wild using OPNSense. 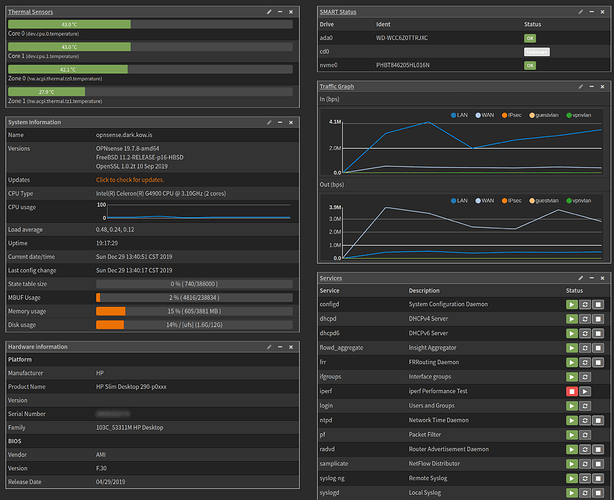 They are back in stock as of right now. Just ordered two @$109 ea. shipped with coupon code JUMBOSAVE, this code expires today.

Going to use one for PLEX and try the other with BlueIris.

Whelp today I successfully brought two more of these into the wild running Windows 10 Home with *GB of RAM and a basic 250GB SSD repurposed from some existing systems.

In addition to the above I have added to each a low profile Dell AMD Radeon RX 550 4GB GDDR5 PCIe Graphics Video Card 0NDRG5. Only rub to these is that I have yet to find a good lp bracket to use with them.

It’s available again if some one interested in buying.
Just purchased one, going to make my parents a dedicated Plex server!

Have been wanting to setup a dedicated Plex server for a while and currently don’t have a NAS.

Could I attach two HDDs to this to run in RAID as storage for the server as well as performing some light NAS duties? Or would it make more sense to build a dedicated NAS that also runs Plex and add something like this later to help with the transcoding?

It would make more sense to build a moderately powerful and cost effective NAS, such as the 4.0 or 4.1.
Both are plenty powerful for a few transcodes. A QS box can be added on at any time.

[NAS KILLER 4.0 BUILD GUIDE] [JOIN THE DISCORD] [image] Objective Update the NAS Killer line of builds to iteration 4.0. Moving on to socket 1155, we should be able to see much better performance and power usage, while maintaining the expected low price targets. This guide will feature not only Xeon processors, but also consumer Core i3, Core i5, and Core i7 processors. Market pricing for 1155 CPUs has dropped significantly in the past year, bringing it in line with where 1156 was a year ago.…

Hey everyone, found some really good deals on ebay and thought I would throw something together for ya’ll. This guide will outline the deals that I found. For the rest of the parts and information, please refer to the main build guide. MAKE SURE TO USE THE “BEST OFFER” FEATURE BEFORE PURCHASING https://forums.serverbuilds.net/t/nas-killer-4-0-build-guide-fast-quiet-power-efficient-and-flexible-starting-at-125/667/