They are back in stock as of right now. Just ordered two @$109 ea. shipped with coupon code JUMBOSAVE, this code expires today.

Going to use one for PLEX and try the other with BlueIris.

Whelp today I successfully brought two more of these into the wild running Windows 10 Home with *GB of RAM and a basic 250GB SSD repurposed from some existing systems.

In addition to the above I have added to each a low profile Dell AMD Radeon RX 550 4GB GDDR5 PCIe Graphics Video Card 0NDRG5. Only rub to these is that I have yet to find a good lp bracket to use with them.

It’s available again if some one interested in buying.
Just purchased one, going to make my parents a dedicated Plex server!

Have been wanting to setup a dedicated Plex server for a while and currently don’t have a NAS.

Could I attach two HDDs to this to run in RAID as storage for the server as well as performing some light NAS duties? Or would it make more sense to build a dedicated NAS that also runs Plex and add something like this later to help with the transcoding?

It would make more sense to build a moderately powerful and cost effective NAS, such as the 4.0 or 4.1.
Both are plenty powerful for a few transcodes. A QS box can be added on at any time.

[NAS KILLER 4.0 BUILD GUIDE] [JOIN THE DISCORD] [image] Objective Update the NAS Killer line of builds to iteration 4.0. Moving on to socket 1155, we should be able to see much better performance and power usage, while maintaining the expected low price targets. This guide will feature not only Xeon processors, but also consumer Core i3, Core i5, and Core i7 processors. Market pricing for 1155 CPUs has dropped significantly in the past year, bringing it in line with where 1156 was a year ago.…

Hey everyone, found some really good deals on ebay and thought I would throw something together for ya’ll. This guide will outline the deals that I found. For the rest of the parts and information, please refer to the main build guide. MAKE SURE TO USE THE “BEST OFFER” FEATURE BEFORE PURCHASING https://forums.serverbuilds.net/t/nas-killer-4-0-build-guide-fast-quiet-power-efficient-and-flexible-starting-at-125/667/

That’s what I was wondering, thanks for the quick reply.

You’re welcome! Happy to help you flesh out your build when the time comes. Remember to ask before you buy, not after! 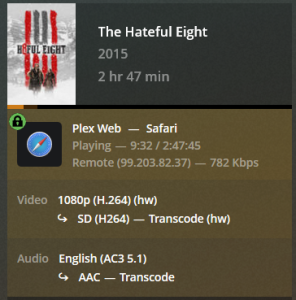 Planning on using the HP290 for my kid’s school and roblox. Will this graphics card work?

Find many great new & used options and get the best deals for AMD Radeon RX 550 2gb Gddr5 Graphics Video Card HP 940269-001 at the best online prices at eBay! Free shipping for many products!

No, that one is full height.

This one is what you’re looking for:

Find many great new & used options and get the best deals for MSI RX 550 2gt LP OC Video Card at the best online prices at eBay! Free shipping for many products!

what is the usage for the hdmi dummy plugs in the links you referred to?
i couldn’t find an explanation beside what’s in the page description…

is it really helping to utilize the iGpu?

You got it, the dummy plug initializes the iGPU. Without it, you can’t use the GPU for transcoding.

I thinking of pairing this HP290 with the MiniDAS (8 bay). I’d add 8Gb of ram and the 9207-8e to the HP290. The MiniDAS would have a Mini SAS SFF-8088 to SFF-8087 Adapter, 2 port, w/centronics to clean up the cables between both boxes. My initial seeding of drives would be the 3TB SAS drives currently on sale for $21. Then migrate my 4 WD RED 2TB drives from my soon to be decommissioned synology.

Yes, you can mix SAS and SATA drives. You can even use the 8482 cables for both, if you haven’t already ordered the SATA only version. The 290 can only hold 2 SATA drives (one 3.5" and one 2.5") and one m.2 NVME drive, so you could use a spinner for parity and the Samsung for cache. The NVME drive could be useful as an appdata drive, since you have a smaller SSD.

I purchased this memory, and installed it in the open slot, but the computer doesn’t recognize it (still says 4GB installed). I removed and reinstalled it, but no luck.

Am I doing something wrong, or did a get a defective card?

I have been going through the supplied HP branded Win10 OS and uninstalling the crapware. Does anybody know if I can just nuke the drive and reinstall Win10 from Microsoft by using the media creation tool and start off “Microsoft fresh” instead of the HP version? Will it activate? Thank you

You can, the activation key is programmed into the motherboard’s UEFI.

Just a follow-up to my own post. I swapped the memory cards, and now I see the 8GB card in slot 1, but the original 4GB card does not show for slot 2. So, unless I’m overlooking something, it appears that the problem is with the second memory slot.

If so, I just need to decide if it’s worth sending back or keeping as is…

If you’re just using it as a transcoding box, 8GB is plenty. Maybe ask for a partial refund?