Yeah the 1050 and 1050ti use only the 75W from the PCIE slot. I had one in my supermicro mobo without 6 pin and it worked fine but all i did was transcode so they were probably using 30-40W.

In all likelihood, the HP 290 motherboard does not provide 75W to the slot, but 25W - fairly standard for low power/small form factor devices.

Hi, I stumbled upon this thread from a subreddt for Synology NAS devices. Someone was asking about running a Plex server on his older Synology device, and they pointed him to this thread, saying “why don’t you build a $100 computer instead”??

My situation: I have an older 8-bay Synology NAS (DS1813+). It works well, and hold ALL of my ~30TB of data, but it’s role as a Plex server is pretty quite limited by its CPU.

So my question is this: Can I do this:

I hope it’s that simple? I really don’t want to get into Linux….unless there’s some real, drastic, tangible advantages to doing so vs. Win10

What’s a normal Geekbench score on one of these?

Yes, it is possible to do what you described using Windows, but I would urge you to reconsider Linux if you’re going to dedicate the box to Plex. A Plex Media Server installation on Ubuntu is rock solid and requires very little maintenance outside of occasional software updates, which you can do at your leisure. Compare that with Windows 10’s mandatory updates and automatic reboots whether you’re using the system or not. The QuickSync hardware acceleration features of Plex are also more reliable in Linux. And Linux uses its resources more efficiently than Windows so the system won’t get bogged down when Plex is doing its scheduled tasks. JDM wrote a great guide on installing Ubuntu and Plex. His guide uses unraid as the file storage server, but you can substitute your Synology as long as you export your media libraries via NFS. Give it a shot, you have nothing to lose, and we’re here to help if you run into any issues. And if you absolutely can’t make things work, you can reinstall Windows using the digital license embedded into the system.

I had to do the hack (link below) of taping over the 5th and 6th pins to to use both ram slots and the NIC card at the same time. This seems to be an issue with some of the older cards. 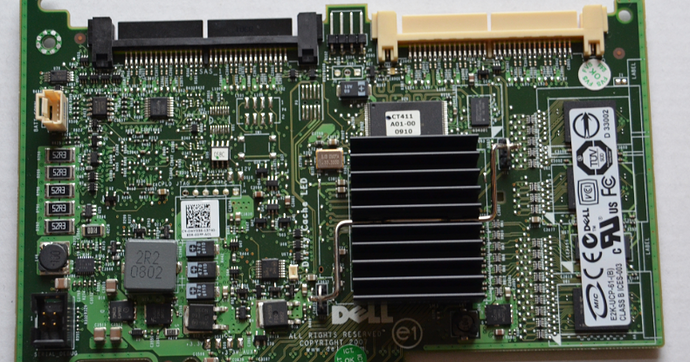 Last week I was working on my new fileserver. To ensure my data will be a bit safer I will use a RAID solution. In my storage I had a Dell ...

I mentioned earlier in this thread that I had to do the same thing with a 10g/40g mellanox fiber nic.

Has anyone using unraid been able to adjust the fan speed? Things can get pretty toasty in here and the fan never really ramps up. Dynamix isn’t able to get any data regarding it.

Is there a reason to pick that NVME drive over this one?

You can get the cheaper one, it wasn’t available when I linked the original one.
It’s not as fast, but the HP 290 can’t take advantage of the extra speed anyway.

Toasty? How hot is toasty?

Well I swapped in a i5-8400. I ran it under full load yesterday for a couple of hours and it hit 81c. This type of load won’t be very common, but it would be nice if the fan sped up a bit to help it breath.

That chip doesn’t throttle until well into the 90s, max operating temp is 100C.

Gotcha. I guess I won’t worry about it then. Just seemed strange to see it that high.

Did you replace the thermal paste when you swapped CPUs?

Yes I did. I think the idle is ok. There are a few plex streams at the moment, but I think it was idling around 38c. Idle power consumption is still around 17w as well.

I am very interested in this machine, seems like an overkill for my Plex needs but I am confused with the 21 transcodes.

Will this machine work for my purpose?

Thought I’d give an update to my HP290 build.

First I installed Ubuntu Server 18.04 LTS on it with Docker. I setup SSH using certificate, added my mounts, added samba share to my main PC and installed Plex and Tautulli on docker. That was a mistake because when CPU usage goes high, Docker tends to crash taking the entire Plex server with it.

Overall, I this Plex box works great. Not sure when my cert ends but probably not for another 2500 days. I SSH into my box using putty so I’m able to move it over to my ‘server farm’. Its not a big improvement over Plex on my main server but the power savings must add for something.

Oh also, turns out SATA M.2 drives won’t work on this bad boy but real NVMe M.2 drives will. That was my mistake when I bought WD Blues. Learned the hard way.

Edit: Can I get a build complete role on Discord now?

Would work as an unraid box?

I only want to run pfsence and home assistant and maybe blue iris on it.

No need for plex or any big data storage.