[Official] Everything you need to know about vintage integrated amplifiers and receivers - and why you need one, especially at your desk!

Need a god-tier headphone and/or speaker amplifier for your desk? Do you want a set of speakers in the living room hooked up to a streaming box, CD player, FM tuner, and turntable? Read on!

First, there’s some basic terms that we need to cover:

Next are some more specific terms that have to do with the functionality of the integrated amplifiers and receivers:

An overview of an Integrated Amplifier 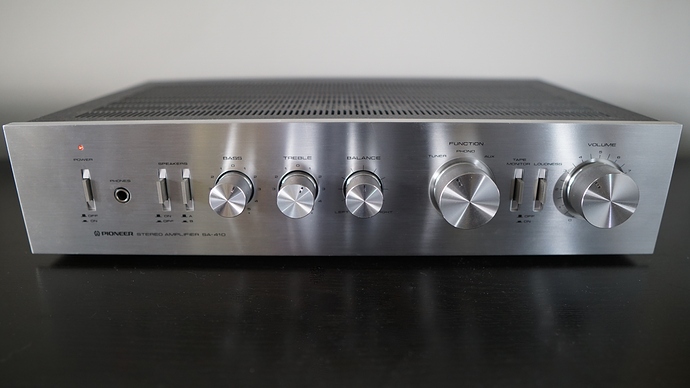 image5858×3295 1.71 MB
Pictured above is a Pioneer SA-410 integrated amplifier from 1980. It’s wide, but short, and not very deep. It has multiple inputs for an external Tuner or CD player, Auxiliary, and Phono (for turntables). It also has tone controls for bass and treble, as well as A/B speaker outputs and a headphone jack. It provides a modest 20 watts per channel, but is plenty loud for most people. It will absolutely destroy a similarly priced modern headphone amp or speaker amp. Typically you can find one of these for under $200. 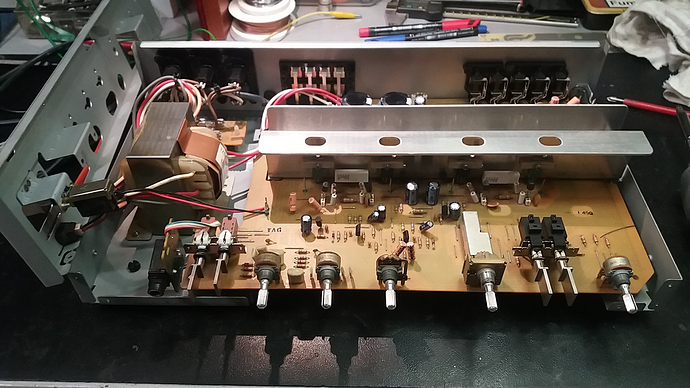 It’s amazing that one of the best sounding integrated amps looks like a high school intro to EE project. 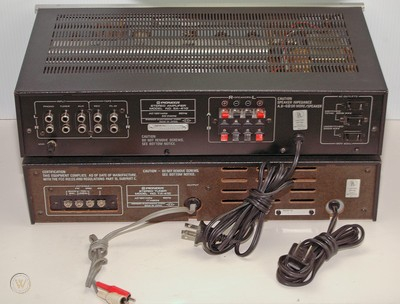 Here’s the SA-410 stacked on top of the matching TX-410 AM/FM tuner. As you can see, there’s multiple RCA inputs and outputs, as well as L/R speaker terminals for both A and B sets. It also has switched power passthrough, meaning it can turn the tuner on/off with just the amp’s power button.

How I use my integrated amps and receivers

My setups constantly change, but here are some examples.

Pioneer SA-410 with Infinity IL-10 bookshelf speakers at my main desk.
I’ve used Sennheiser 6XX, 58X, and Focal Elex headphones - all sound the best they ever have on this amp.
Source is a Motu M4 audio interface. 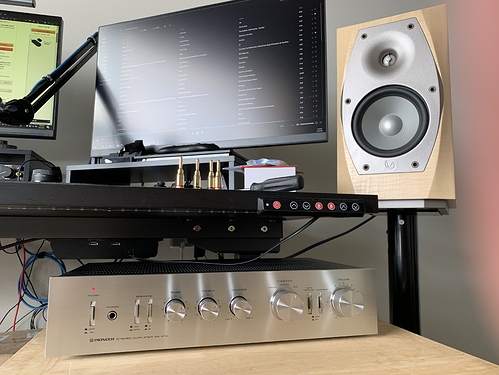 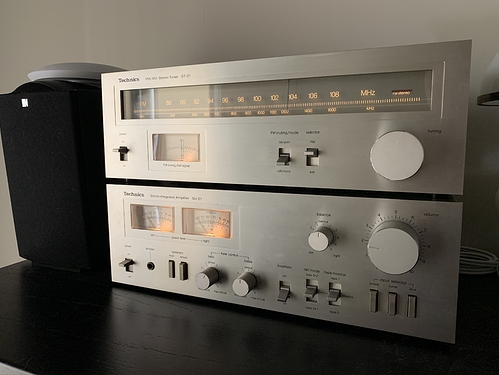 Moved the SA-410 to the kitchen hallway to test a new Sony Turntable.
The iPad Pro is used as a digital source. 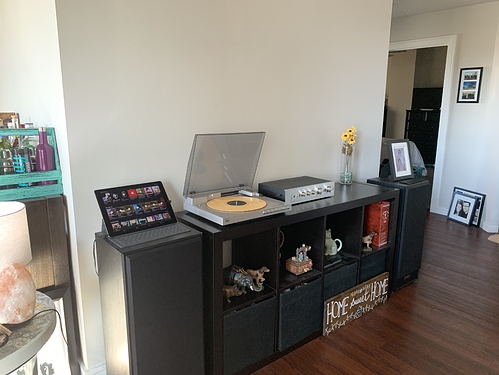 Testing a Kenwood KR-4010 receiver in the same location. 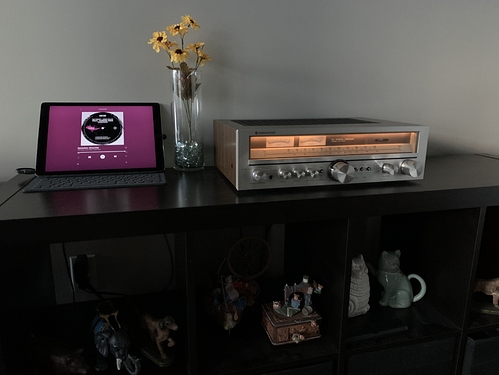 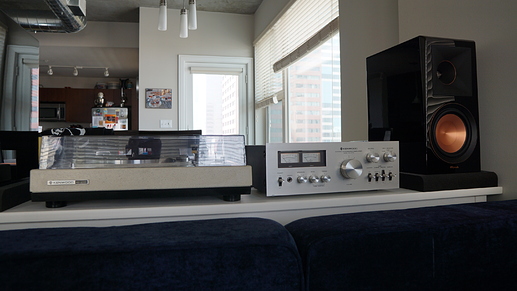 I’ve been drawn to vintage sound systems for years, mostly because I remember them from when they were current systems and I couldn’t afford them back then.
Unfortunately, the prices of some of the best ones have shot up, so I’ve had to pick and choose what I thought would be good matches on a budget.
In my workshop I had a Kenwood KAF 3030B amp and a Rotel RT820L tuner, driving a set of decent speakers that I’d built into the walls, from scratch, paying attention to base caviities and resonances, and such. Incredible sound to work to. Fairly modest in output, but the components match well, and the final result is great, but I’ve no doubt audiofools would be shrieking.
That setup has been replaced by an old Aiwa integrated AVR, which nominally pumps out more power, but is a bit more trebly, and I’m not too sure I like it - still, early days yet and I might get used to it. It’s a very handy all-in-one box and it was spare.
For my desktop PC, I’ve gone through a few, now sitting with a Yamaha AX-V465 to drive my speakers, which are a modest set of old Aiwa midi system boxes, and a self-powered sub under the desk.
The sound is quite good, but again, is a bit trebly and I occasionally flip the feed through an equaliser to reduce the top end a bit.
Prior to that, I had an ancient Blaupunkt STG 3091 integrated solid-state stereo amp, which was designed in the late 60s to appeal to the German middle class market that were used to high-end valve amps. It produced a fairly modest 30-ish watts per channel, but it was absolutely excellent. Of course, being so old, it came with one or two minor faults, but those were easily cleared up.