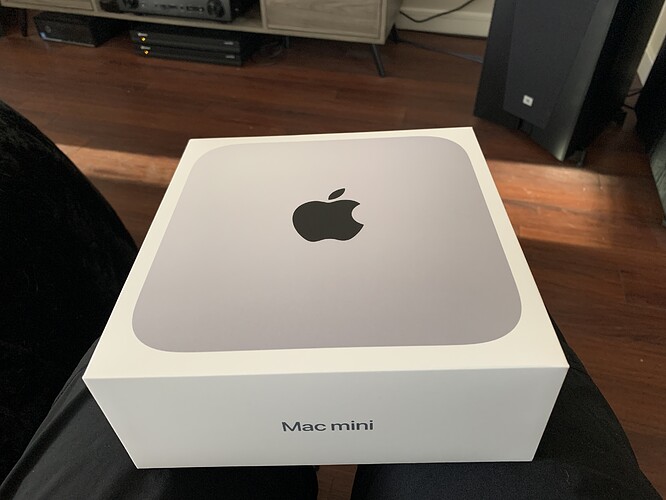 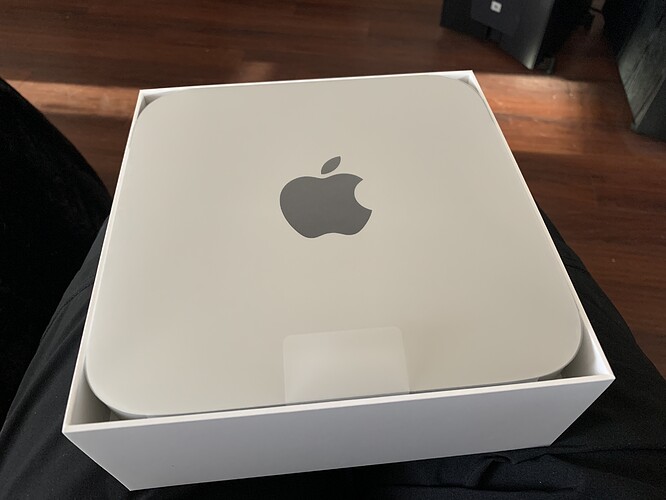 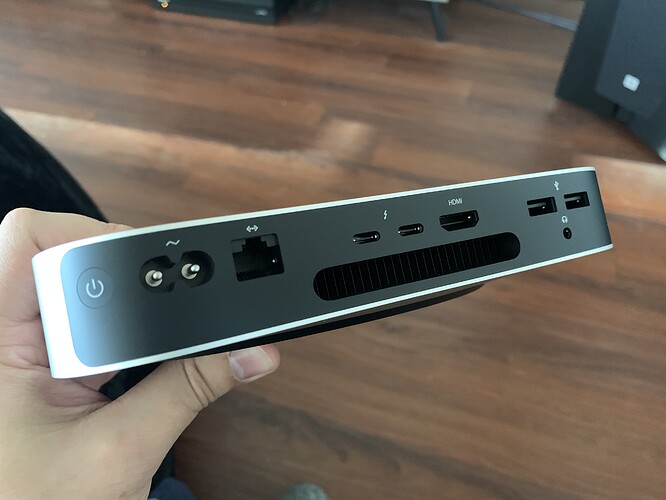 Tucked nicely under my 55" LG B8 OLED, doing some final setup… 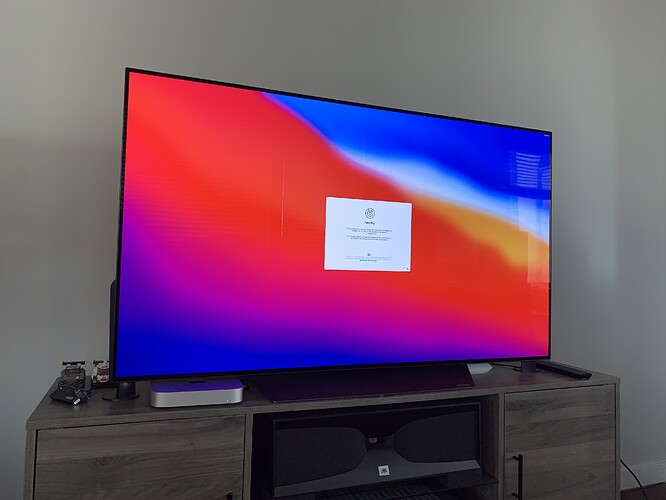 Testing some iPad and iPhone apps 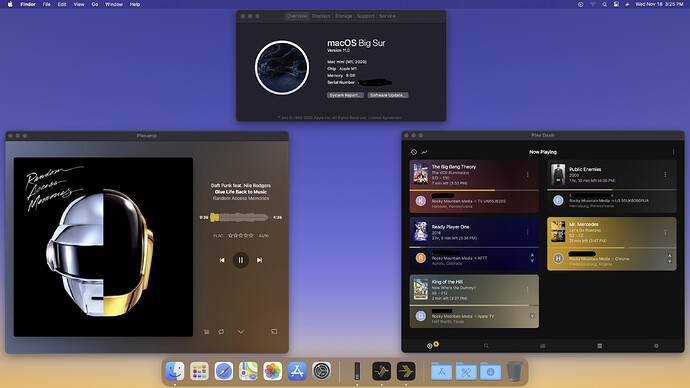 This information may change as Plex receives updates, but these are my experiences with the current Plex Pass version. Plex is not yet optimized or built natively for M1, so this is the current MacOS build using the Rosetta interpretation layer.

Again, this information is relevant to the current state of PMS, and is not an indication of performance with a native build of PMS for M1, should one ever exist.

Here I’m using all default settings on the most recent Plex Pass version of PMS for MacOS. I simply enabled Hardware Acceleration in the Transcoder settings. 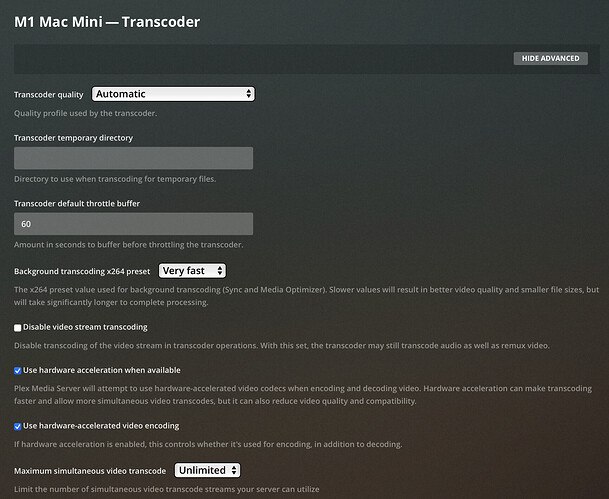 It seems some files support both HW encode and decode, while others only decode.
CPU usage does not show correctly, as Plex labels its transcoding task as System CPU usage (red line), not Plex.

Plex Transcoder also seems to use a lot more CPU than on Intel QSV transcoding systems. 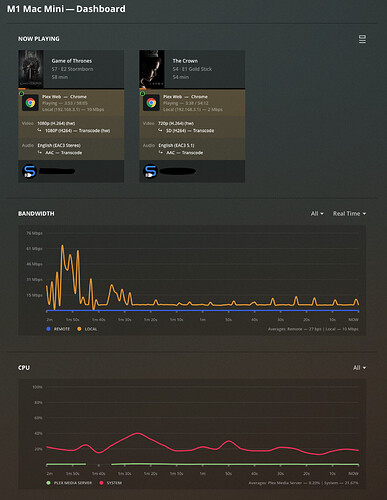 Turns out, it doesn’t matter what the source file is - it matters what quality you are transcoding to. If you transcode down to SD, HW encoding does not work (red line). If you transcode to a HD resolution such as 1080p or 720p, it works fine (green line). 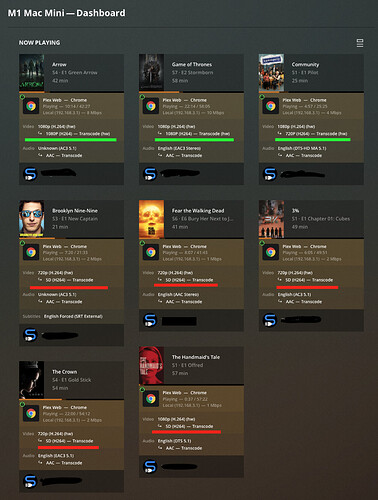 Quality looks good too. This is a Blu-Ray rip fully HW transcoded to 4 Mbps 720p, playback is through Plex Web. 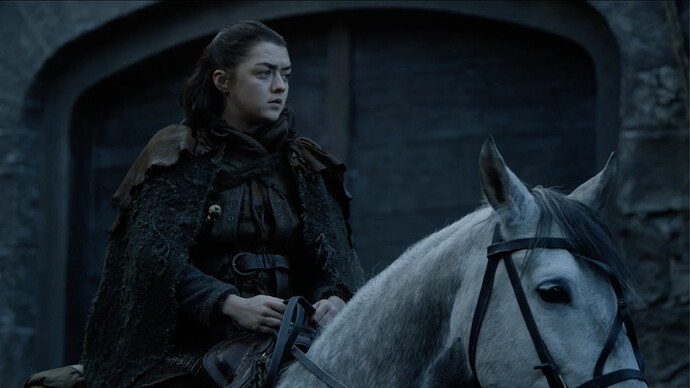 Here is the direct play source, for reference. 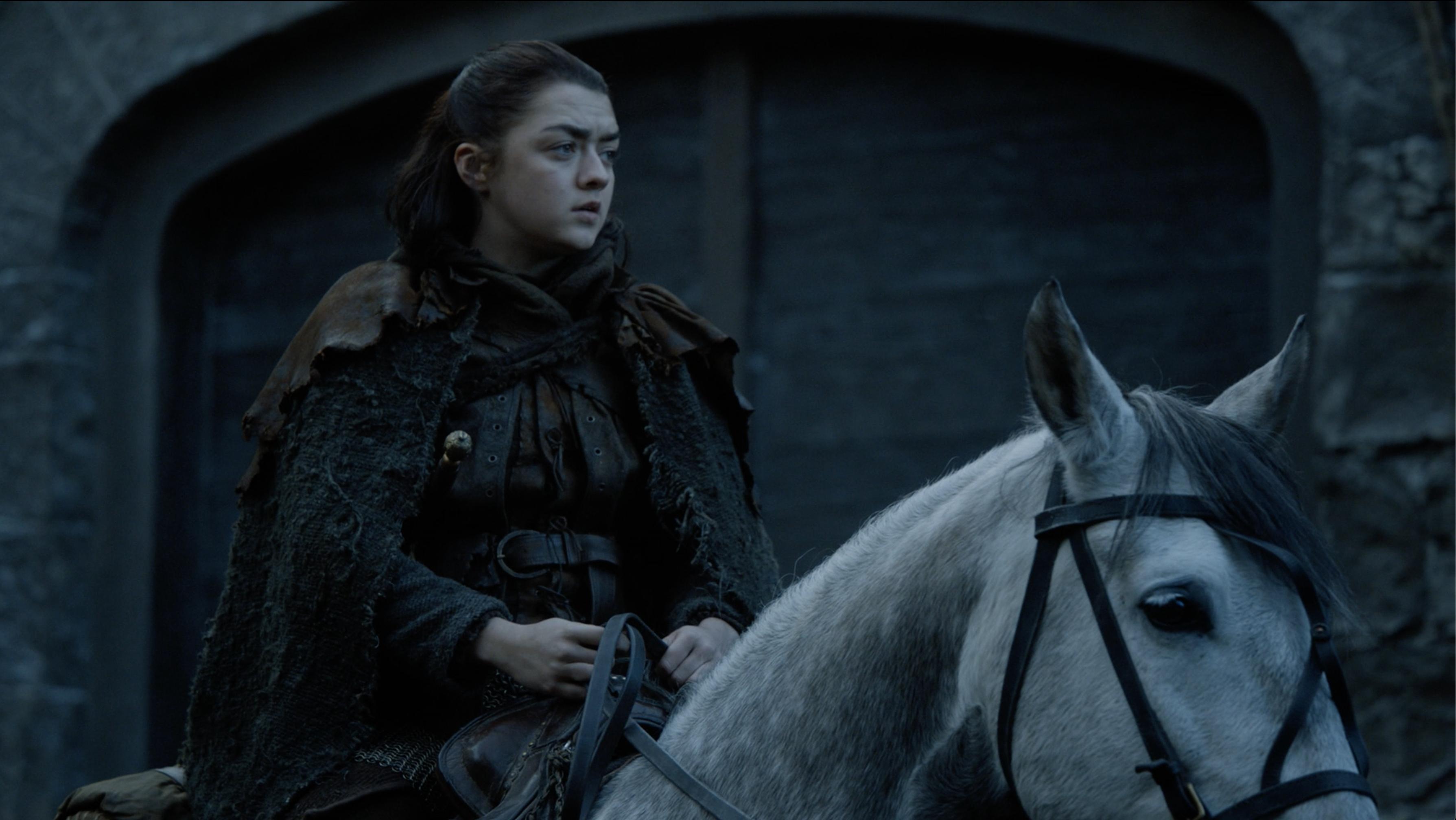 Looks like 8GB of RAM will be the constraint before CPU or iGPU usage will. I’m estimating that with no other applications running, the upper limit will be around 15-20 full HW transcodes. Less if you’re transcoding audio or subtitles. 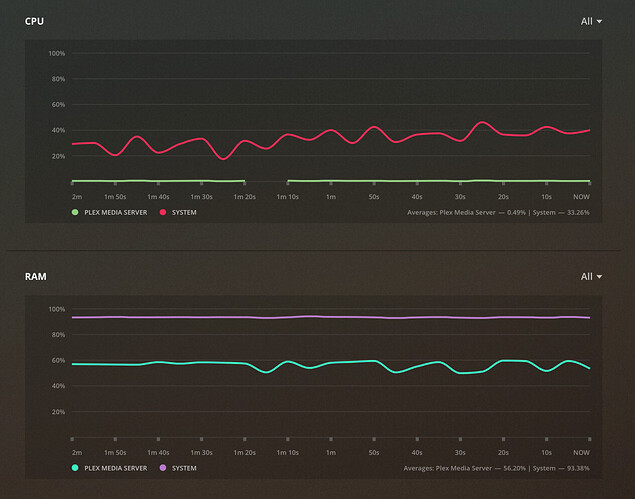 H.264 HW transcoding works just fine as well.
Same issue as before, though. If you transcode to SD, encoding only takes place via software. 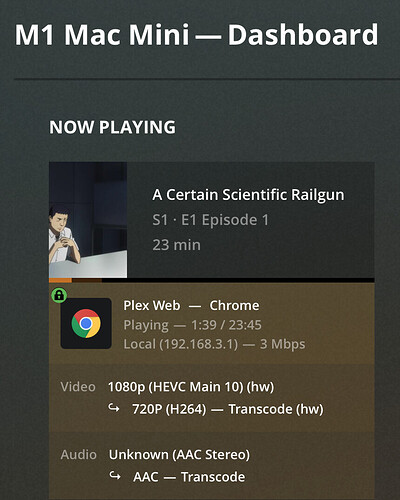 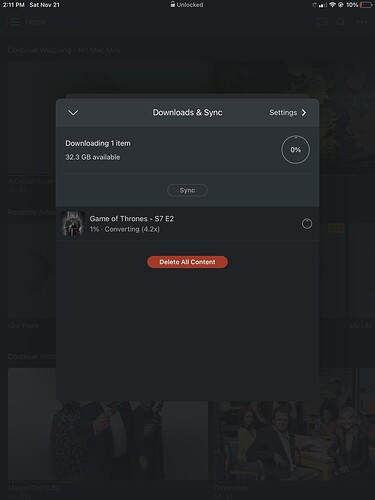 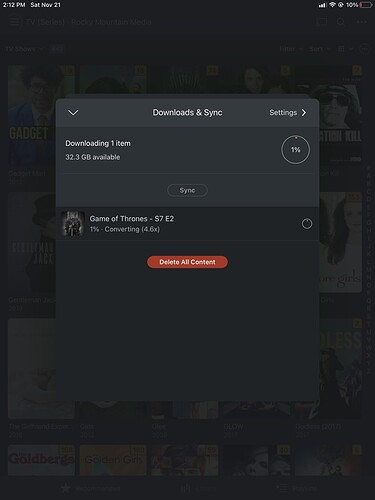 Interesting bit of “news” for those of you that are interested in 10GbE. 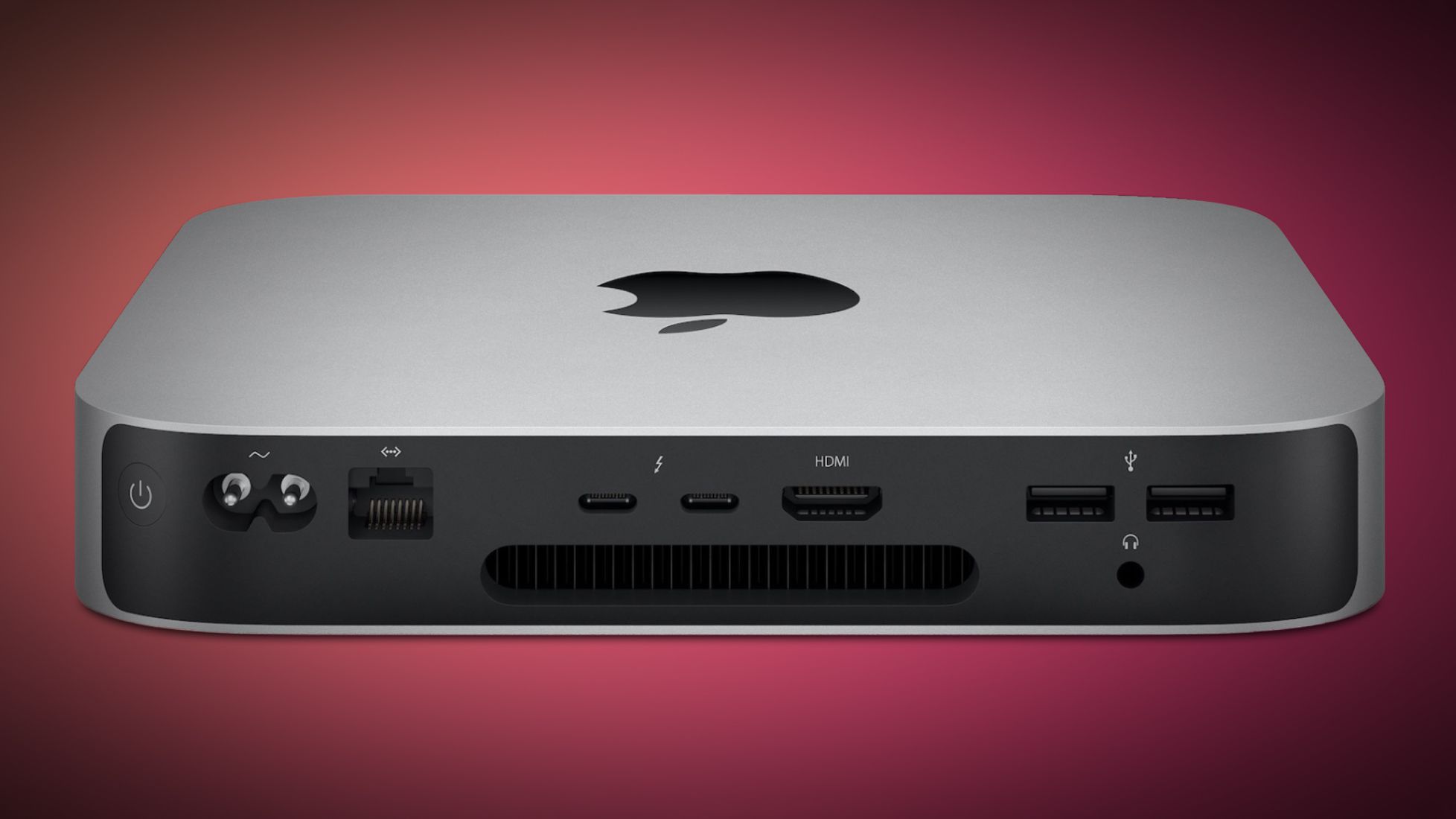 While the new Mac mini with the M1 chip is only available with Gigabit Ethernet, Apple has listed multiple M1-based Mac mini logic boards with 10...

Cool, so this emulates fast after all.

JDM long time lurker, first time poster. I see it’s been a while since the last post and wanted to follow up and see how you were liking it as a server.

If you had to choose between an M1 Mini or an 8th gen (or later) NUC, which would you go with? Do you think it’s worth waiting a little bit longer to see how Plex optimizes for the M1?

I’m not using the M1 Mini anymore, I took it back and got a M1 MBP. I don’t use it as a server, and in general I wouldn’t really recommend it unless it’s your “do everything” computer in the house.

I’m considering buying a Mac Studio so I can also use it as a plex server. There are many options available in GPU core count, but does this have any use for transcoding ? Or is it CPU only when using PMS?

Also, I’ve gotten the feedback that MacOS has a 1 video limit for hardware encoding ?
" macOS is only capable of hardware-accelerated encoding of 1 video at a time. This is a platform limitation from Apple."

But your screenshot shows like 8 transcodings? Does it use CPU/software only for that ?

There’s really no reason to use a Mac for this purpose. Look to using a dedicated device like the HP 290 or HP S01 instead.

Your Sales tax on the mac studio will be more $ than a quicksync capable box like the ones JDM mentioned cost.

I’m a bit surprised, I saw a lot of good feedback from the M1 mini’s.
Lots of transcoding power and a low power envelope.

The HP’s … can they do 4K transcoding ? Because I had a i7 NUC before and couldn’t do much of the transcoding. My Nvidia shield handles it better … but it has it’s limits too.

I just don’t want to go through with a PC setup + quadro cards to have some decent transcoding capabilities. Also they draw a lot of power. I’m looking for something low power which can be on 24/7

I’ve been using m1 mini (16gb) as a server and it’s amazing. Picked it up used for $700. Just plugged in external 5tb hd to it, that’s powered by thunderbolt port and everything is hunky-sorry.

I just installed ubuntu 20 server native arm in parallels with 11 docker containers on it like nzbget, sonarr etc. Parallels only uses 4gb of ram. Plex is installed natively and I had no issues with 4 4k streams going at the same time. … on top of that I run windows 11 in vm on it. It makes 0 noise, and only uses 7w of power. I know it’s not $100 like the HP but I feel like I can do 7x more with it

You should never transcode 4K period.

I fail to see how the Mac Mini is 7x better than either of the HP boxes.

Plex just released their universal build of Plex, no longer running through Rosetta. Hopefully someone here has an M1 Mac Mini running Plex and can test performance to see if it gets HW transcoding/how it works?

Popular media platform Plex today announced the launch of a beta version of the Plex Media Server that has native Apple silicon support. The new...

It got hardware transcoding before, it’s likely it still does.

Still no reason to use a Mac Mini for hardware transcoding, though.