As a civil engineer (computer chimpanzee), I bumbled my way through the build. Seem to have gotten one of the last GA-7PESH2 boards (which are LSI 2008, extremely stupid recent past self) when it was still $175 (which is also the total price I quoted to my wife

Installed the CPUs, the beautiful Arctic 34 eSports DUOs (which were only a few $ more than the ones in the build guide), the RAM and the SSD.

Powered it with EVGA SuperNOVA 750 G+1 that I found on eBay, since the link in the build guide was way more than that. I bought the Kingston Digital flash drive in 64 GB, which was cool until later when I realized some things need the flash drive to be 32 GB or less.

Wired it up as a monkey would, but the lack of clear direction after that left me clueless. I replaced the battery first, as I heard 5 beeps after booting, which I read somewhere means I should replace the battery.

Also, this part was not obvious to me, but yes, plug a VGA monitor into the blue VGA port, and a USB keyboard into one of the USB ports. And you’ll need to have your SSD or HDD (or whatever you’re installing Windows on) also plugged in.

Then I booted a flash drive with Windows 10 image (I warned you all I was a civil engineer) that I created from the Media Creation tool Microsoft has. That installed just fine and had to install the Ethernet adapter drivers to connect to the internet.

The Ethernet port above the USBs will get you access to the remote management console. And the IP address for that you can obtain via the BIOS. I had to change it to DHCP in BIOs, per the manual.

Either of the other Ethernet ports two will get you to the internet. 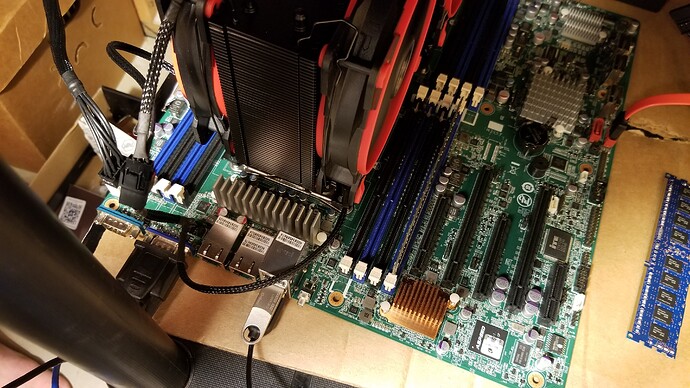 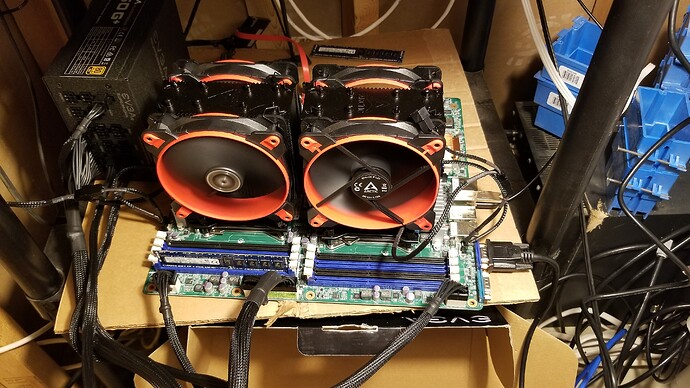 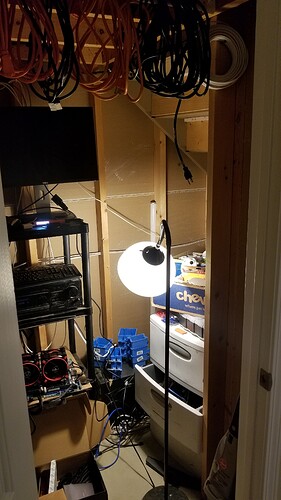 Jesus those coolers are overkill.

Not to mention they are mounted incorrectly.

Nobody is out here buying server cases for looks, it is strictly practical, so I am more than a little confused.

Can I ask what’s incorrect about them? They’re achieving their purpose of keeping the CPUs cool…I purposely configured them that way so they increase air circulation and turbulence in the room, which is a closet under the stairs in the basement. Mounted in the same direction is more likely to create an eddy of air that circles right back down onto the board.

Practicality also extends to cost, does it not?

I agree that a case would increase ease of access, I have prioritized it below a functional server. I’m sure it will come at some point, but after some time…

Now I feel like I have to go upgrade to 2690s or something to justify my cooling capacity.