First, huge shoutouts to everyone who ha helped me out during the shopping, building, and troubleshooting phase of this endeavor. Ya’ll are great!

Ok, onto the good stuff. 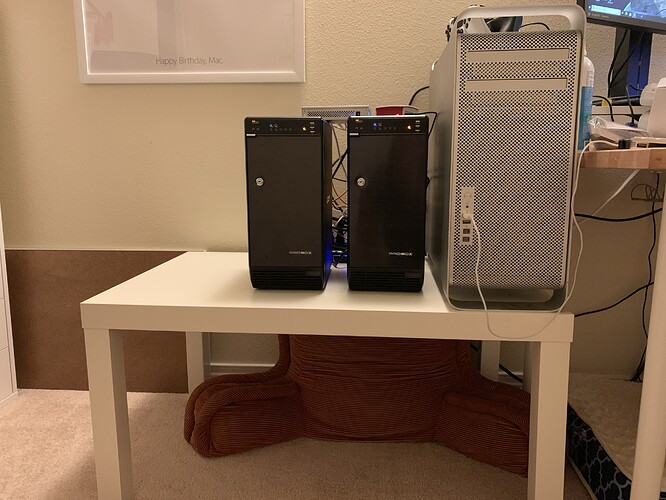 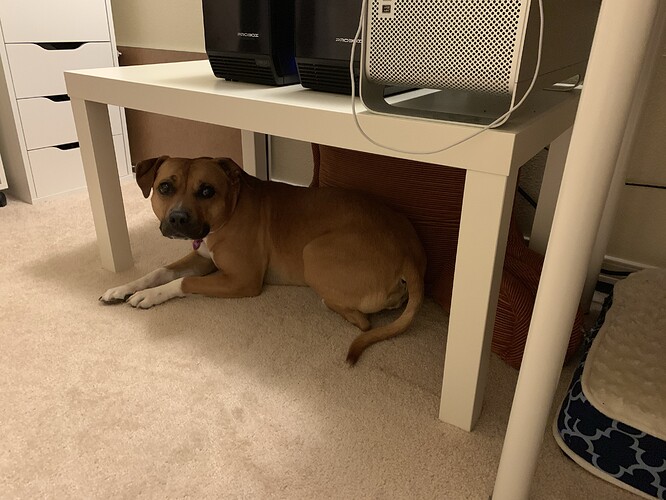 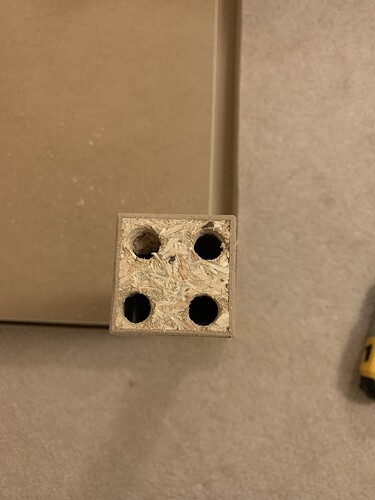 The rack mounts were just too wide for the table, they had to come off 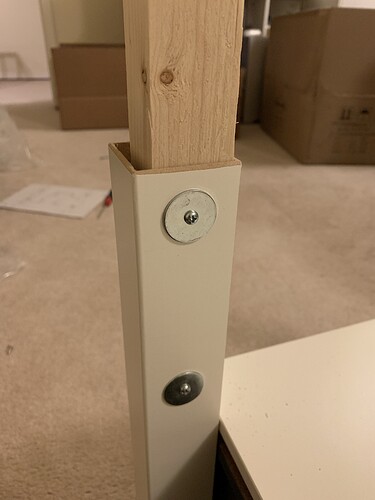 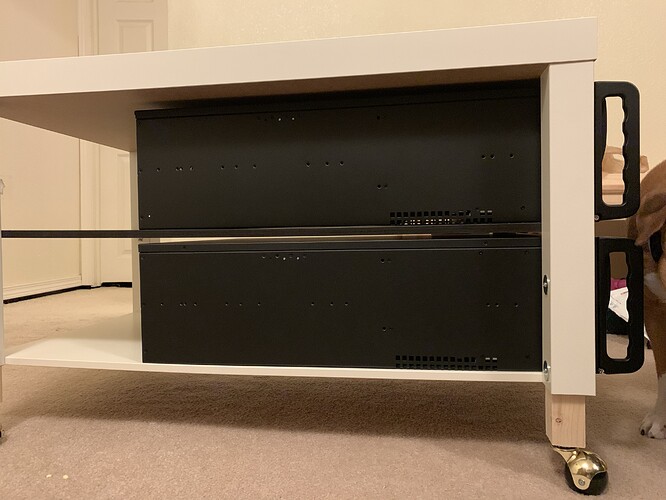 Now onto the purpose of all this 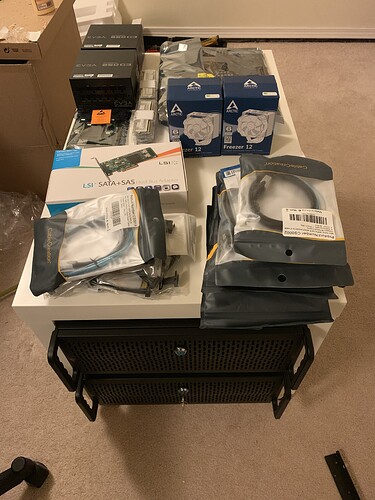 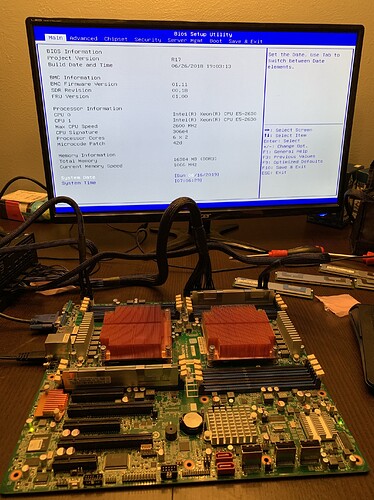 IMG_22092138×2851 2.4 MB
Testing outside of the case. This proved to be invaluable because I misread the manual about the ram configuration, amounts other things that I had to spend additional time on. 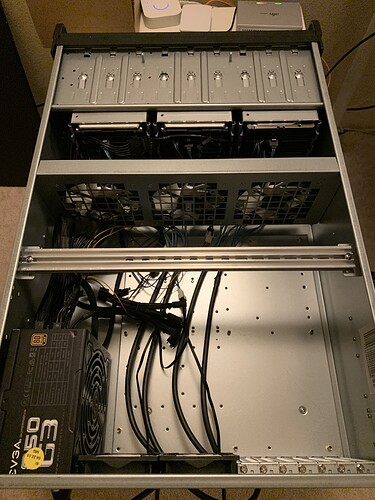 IMG_22983024×4032 3.86 MB
DAS went together easily enough, not a lot to figure out there. Bring power and data to the cables. Apparently me leaving out the fan wall was unacceptable so that was fixed.

The wife helped with putting some duct tape around the I/O port on the enclosure to make sure the SAS cables didn’t get cut up.

Finally put all the cards, ram, checked, double checked, removed the board and re-checked the risers. made sure everything received power and did what it was supposed to. Special thanks to @seanho and @felixthekitten and everyone else who helped make sense of all of this. 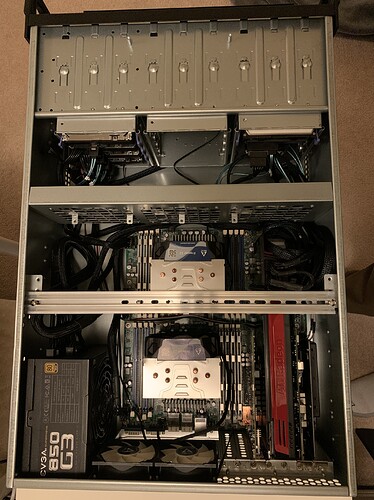 And the finished product (don’t worry, the plastic around the locks has since been removed) 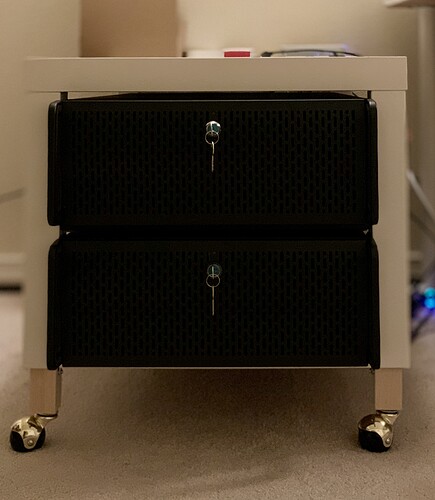 Looks good, great example of a completed anniversary + DAS build! Did you eventually move the RAM to the blue slots for that quad-channel goodness?

Thank you @seanho that means a lot! I tried when I was building it initially but was having some trouble with it. Maybe when I get back in there I’ll give it another shot. I think as I was testing everything I was dealing with a bad DIMM (that’s why the screen shot of the bios is down 16GB). It should just be as easy as putting the DIMMs in the blue slots right?

That Mac Pro model is still a great machine, but doesn’t compare at single thread apps with new stuff. I was getting frustrated with the I/O, SATA2, and boot screen baloney so I replaced it with a hackintoshed Precision.

Thank you, it was a lot of fun putting everything together.
Yeah, the MacPro still works and does everything it was designed for, not its fault that I’ve outgrown it. It’s really just the amount of drives it supports and compatibility issues with os’s that aren’t macOS.

Puppy has since rediscovered the bed I put under my desk for her. I’m sure she’ll be fine in the long run.

I need to get into this. 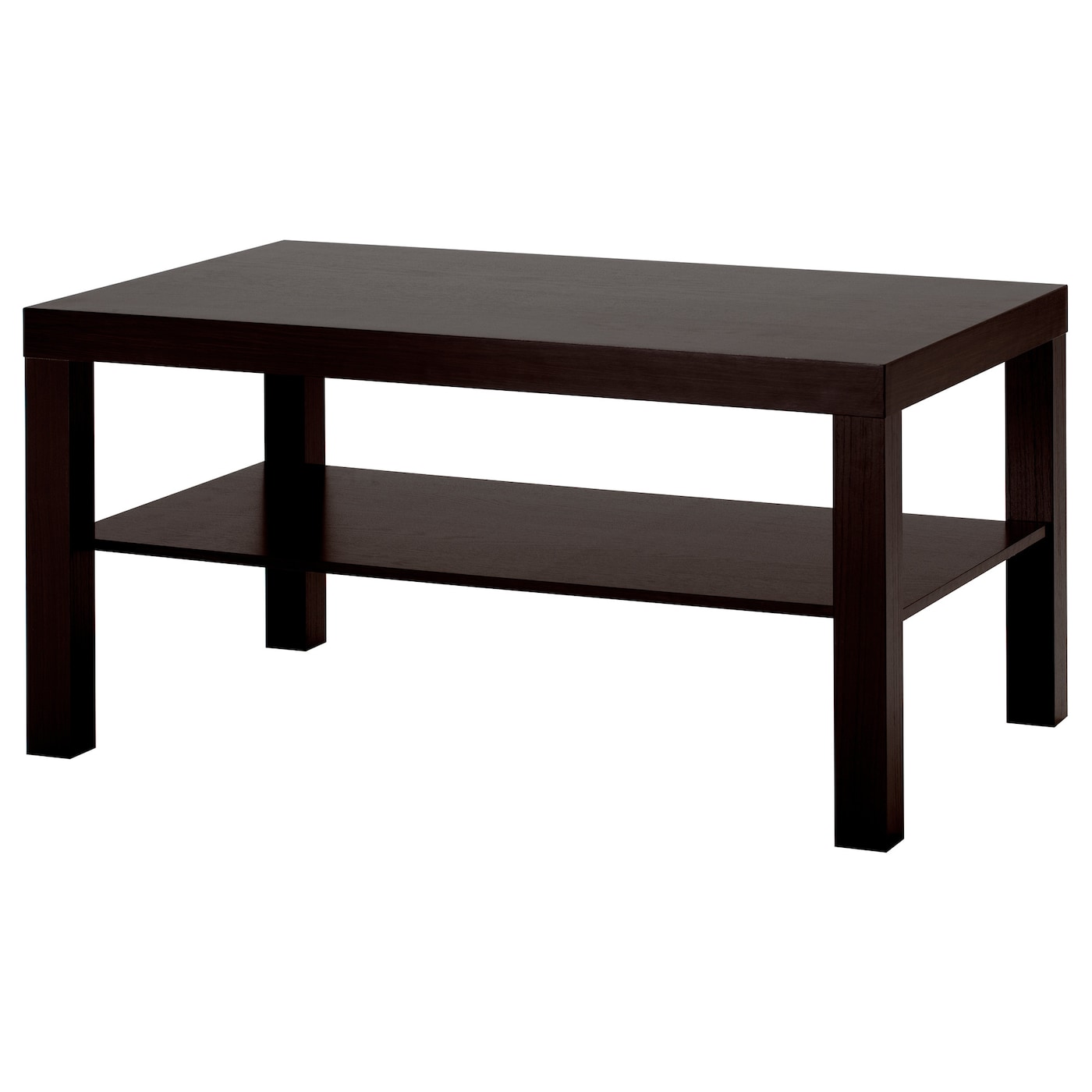 or did you use this 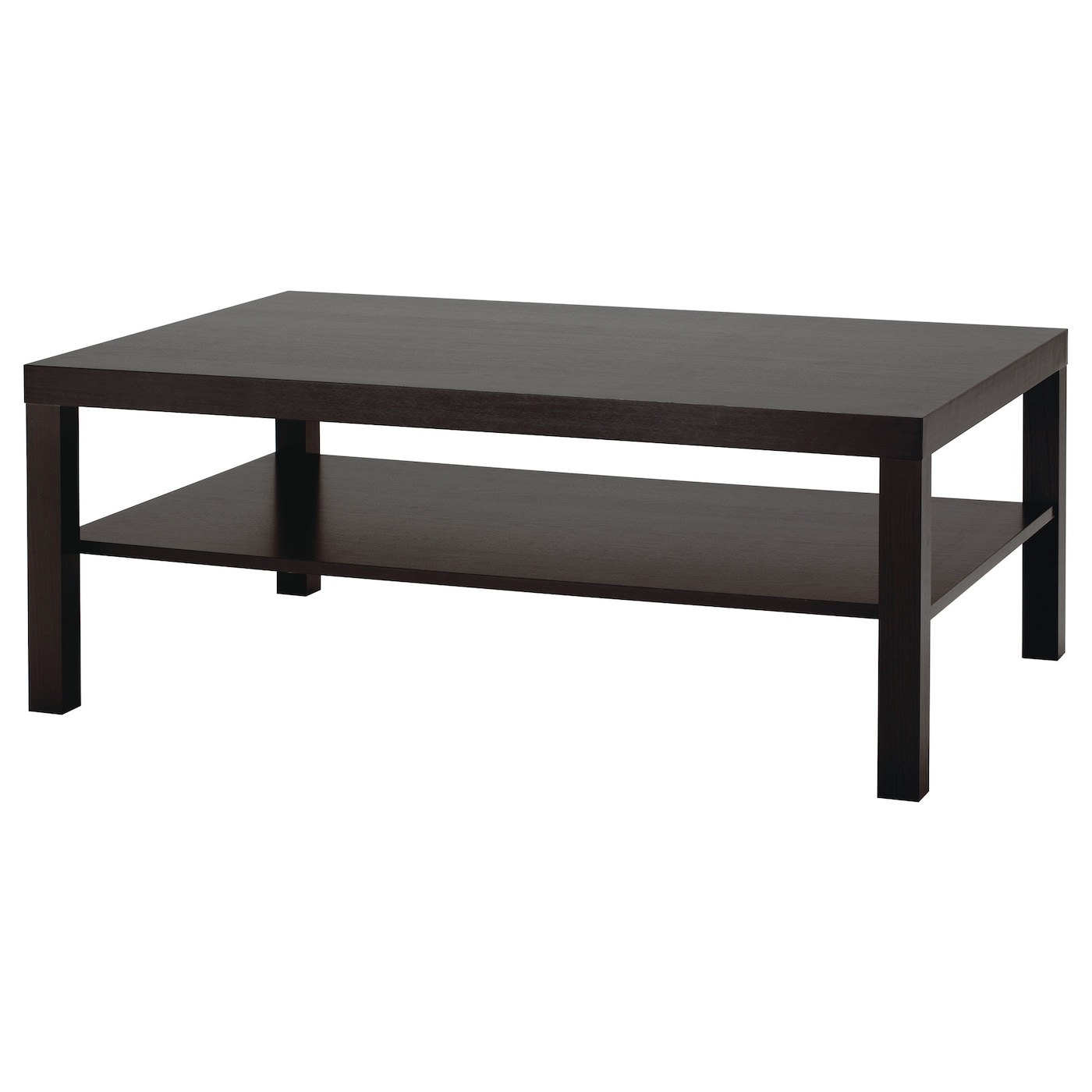 I can’t quite tell. Most worried about width being enough and clearance of the lower shelf of course.

This is a great breakdown. Thank you.

Since it’s so low to the ground, you could reinforce the bottom shelf with some cross bars made out of like 2x4’s or something, paint to match even and tie them into your new leg posts. Be fairly simple to do, well, would have been even simply without everything on it but I’m sure you could easily do it.

I’m glad you like the build!
So long as the width is 55 cm you’ll be fine. That way the insides of the posts will match 19” of a server. That being said I used the smaller of the coffee tables. I had to drill my own holes because I wanted them to be snug to the enclosure.

I used the other shelf because of I had purchased two of the tables and the other one was going to not need the shelf. I’m hindsight I thing I would have made it a little taller and used 2x4 to act as a support for the legs and the lower shelf.

Good luck with the build.