So this started as me just wanting to replace my 10 year old Drobo (running on USB 2.0!) just because I was bored. It wasn’t even acting up. Despite their poor reputation, I bought this Drobo for $100 brand new at a NCIX warehouse sale more than a decade ago and it’s been reliable the whole time. Slow as hell but reliable. It would take entire days to transfer amounts of data but it usually wasn’t accessed as it served as the “vault” for all my old raw photos and video footage. I’m a photographer/videographer and the last 10 years took up about 7-8TB of storage. The 4TB WD Reds have been running in the Drobo for awhile and some of the 2TB Reds were the drives in there before that. 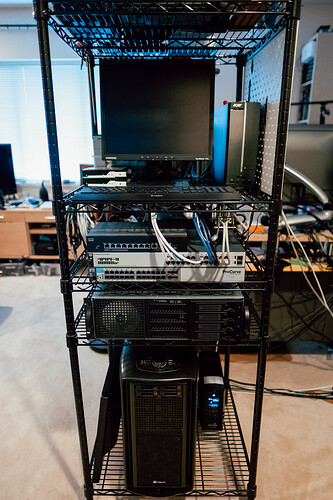 Photos are now on a 32TB (16TB usable) mirrored vdev ZFS array with 2x8TB, 2x4TB, 2x4TB. Media is on a SnapRAID/mergerFS array with…all sorts of random disks. Double parity with a couple of 4TB drives and a mishmash of 2TB and 3TB drives making up the storage. It should also be around 16TB usable.

I also wanted to learn something new. Although I’ve built computers since I was a kid, I’ve never gone too far into servers, Linux or networking. I don’t game much anymore so this is a great way to keep up with computers as a hobby. I kept my budget as low as possible. Only partly because I wanted to spend very little money but I love getting great deals and scouring eBay for dirt cheap parts to see how cheaply I could put this build together sounded like fun.

Prices in USD. Calculated off a 1:1.35 exchange rate with CAD, rounded up (I’m Canadian, eh.). Add about $50 in mailbox fees for picking up all this gear at my US mailbox (I live 15 minutes from the US border). Marked N/A is stuff I already had. 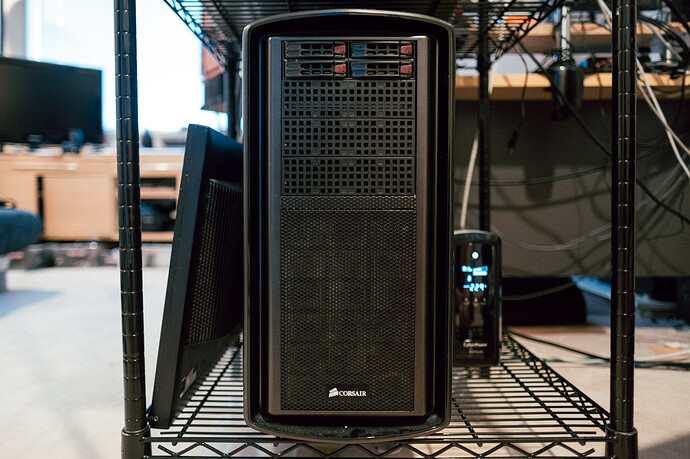 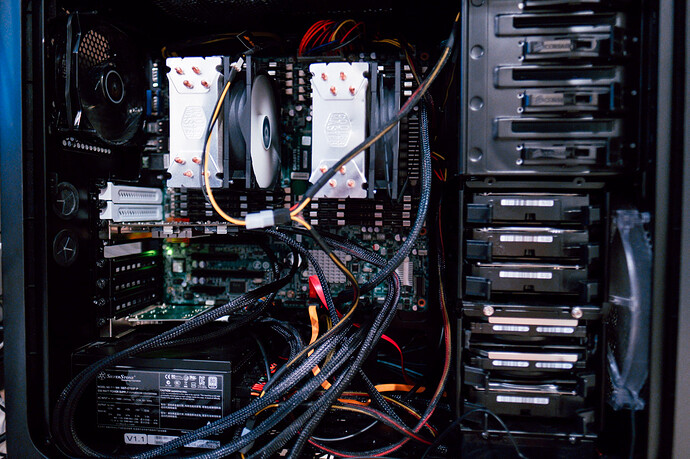 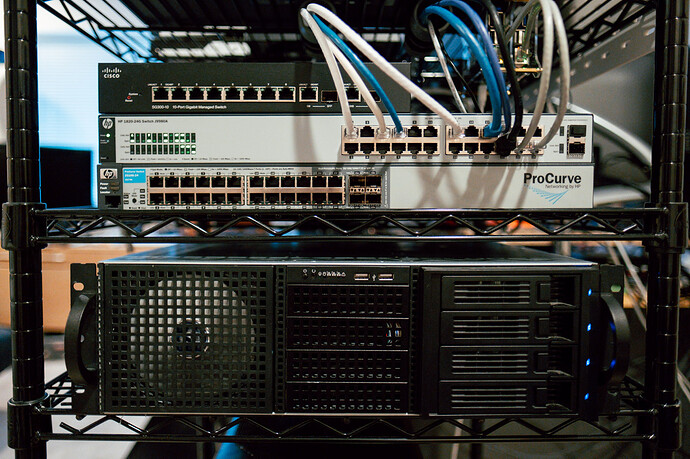 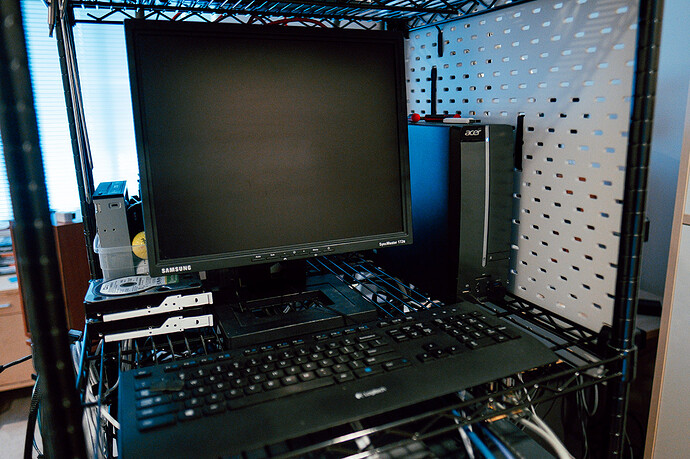 BONUS: My entire lab is made of Craigslist finds that I got real cheap. In the photo, there’s a Acer SFF box that runs pfsense as my secondary router. It gives me a “hardwire” connection to NordVPN. It was $60 off Craigslist and has a i3 4130, 8GB RAM and a 32GB SSD. Added a 4-port Intel Pro 1000 for $15. The VGA monitor was a freebie someone threw in with…something listed above. I forget which. This, along with the network switches, ER-X and modem, run off a APC BE650G UPS, another CL steal for $20 brand new.

Switch is a HP 1820-24G that I got off Craiglist for $30. The one below it is my previous switch, an HP 2510-24G which I thought was too hot and noisy and swapped out. The one above is a Cisco SG300-10 I bought for $15 for kicks. Waiting for the power adapter to arrive. There’s also a Raspberry Pi running PiHole and Rock64 running PiVPN.

Shoutout to JDM_WAAAT & co. as well as the super helpful and awesome community. I’m both super grateful for the help and lols but at the same time, screw you guys. I originally came here thinking “Oh, that NK2.0 build looks cheap. MAYBE I CAN GET THIS DONE FOR $100.” and despite my frugality I’m now at least $1000 poorer than when I started you jerks.

Thinking of getting a couple more fans, attaching them to the top of the case and venting both CPU heatsinks out the top.