Made a fantastic build with the awesome guidance of serverbuilds.net
This server is being used as one of my ESXi hosts that will host all my primary stuff.

Currently I’m running this set up:

Planning on deploying nextcloud, bitwarden, and a few other services.

Here’s a spreadsheet of the parts, prices, and sources:

I had a few parts that I had from previous projects. Specifically 48GB of ram, 2 250GB SSDs, and a 1TB WD Blue HDD. 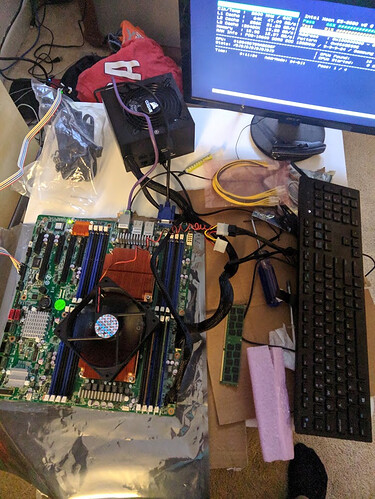 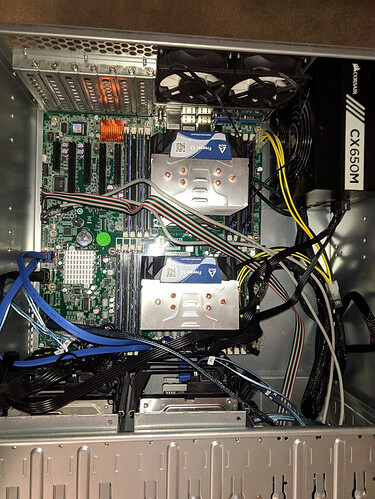 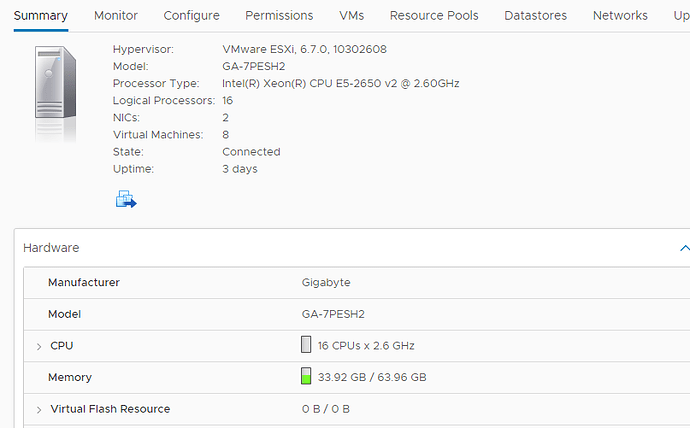 Nice build, I have the same case and the only thing I do not like about it is having to disconnect 5 drives to upgrade one drive.

Understandable, but when I was trying to figure out which drive was DOA (they replaced it very quickly), If found that I had enough slack to remove just one if I pulled it slightly forward.

All in all, it’s not a bad case, but I would love to get some of those hotswap cages

The RSV-L4412 – 4U is hot-swappable…I may look into that for a future build and would like make life easier.

Is your airflow going back to front?

No, the airflow is front to back.

Your fans are in the wrong way then. I can’t see the front ones but the rear ones are sucking air in through the back.

Interesting. I had tested the fan flow and I thought it flowed out. I’ll check again.

the open side of the fans is intake, the side with the motor is exhaust.

The airflow is front to back not back to front.
I mis-read his question lol

In that case your fans are set up wrong.

In that picture they were. I’ve since fixed it.
I can see where the confusion is coming from.
I’ll update the picture when I get home.