Finally took the plunge and purchased one of the NK4.1 combos, and merging those components with that of my old gaming PC that’s just been sitting around for the past year. I’m starting out small: just a 500GB SSD and 1TB HDD from my old PC.

OS will be unRAID. Initially wanting to set up NextCloud to move away from Google Drive, and maybe a photo manager (Piwigo? Photoprism?) to organize and backup our photos if we want features that NextCloud lacks.

Case has plenty of room for expansion: 6 3.5" trays (one hot-swappable) plus two open 5.25" bays (the third has a DVD drive). Long-term I’d like to move my Plex library over to this machine and get a dedicated transcoder box, but I’d need a lot more space. Haven’t decided whether to go with used SAS drives or wait for shuckables to go on sale. 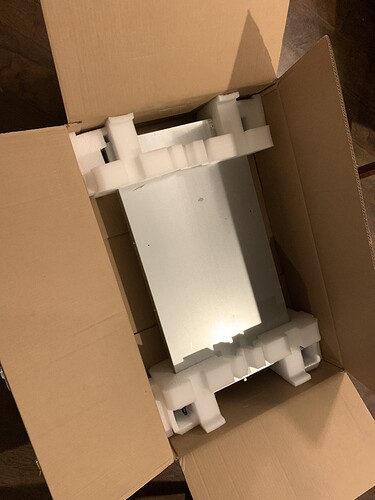 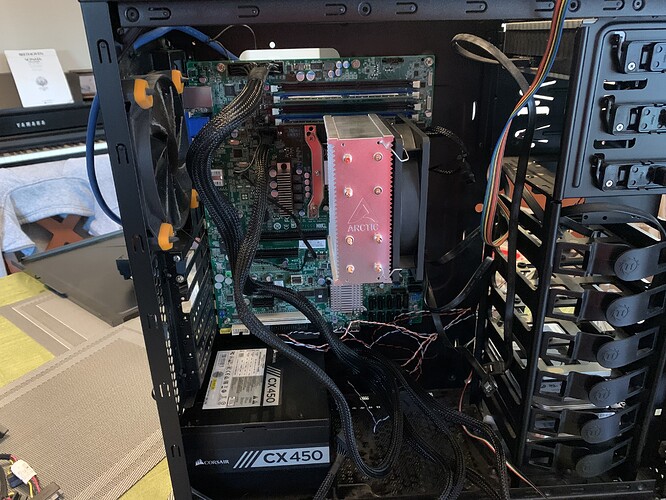 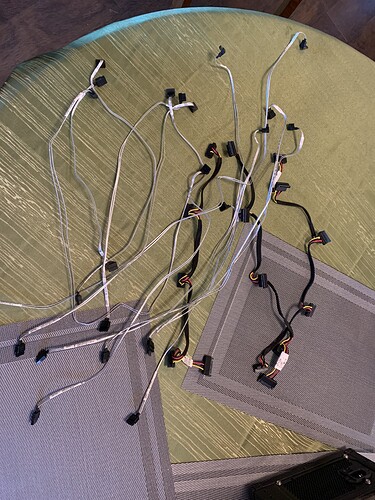 Had some minor hiccups getting unRAID set up, but now I have it up and running and the Community Apps plugin installed. Off to rewatch some SpaceinvaderOne videos to get Nextcloud and a reverse proxy set up.

Long story short: got Nextcloud and Swag set up and working nicely, all on my old 1TB drive. Then BitDeals opened back up, and I ordered two 8TB drives and a 10TB drive for parity.

Unfortunately, the 10TB and one of the 8TB were damaged during shipping. RMA process started, but in the meantime got the remaining 8TB drive up and running, and should have my Plex library transferred over by the time I get back home from work. Had JUST enough space for everything, hopefully I can get replacements for the damaged drives soon so I can have some breathing room and probably retire the old 1TB dinosaur.

I also got one of the ProDesks for $90, so I’ll be getting my Plex server off of my gaming rig. Should save a decent amount of electricity, not to mention allow for more transcoding users. That may be tonight’s project.