First time server build here, I’m using X9SCM-f uATX motherboard w/ Xeon E3 1265LV2 CPU & thermaltake processor fan. I built outside the chassis, with only 1 stick of memory in the first DIMM, connected power, USB keyboard & VGA video, with a UBCD boot USB in a USB port. When I turned on the PS, I got 2 LEDs on the motherboard. I attempted a quick BIOS bootup by shorting across the power button pins. Result: the CPU fan & power supply fan started, then stopped. I also got a blink on the keyboard…then nothing, no video or bios menu, just followed by repeated stop/starts on the CPU fan until I shut off the powersupply. I tried 4 different sticks of RAM in each of the DIMMs separately to ensure it wasn’t the DIMM I selected.
I’m lost on where to go from here. Could it be the motherboard socket or CPU themselves? I took a picture of 2 “interesting” things as I assembled. 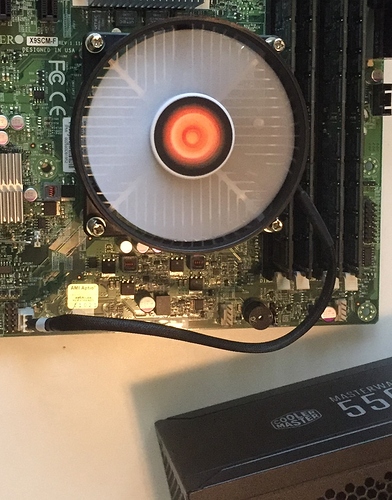 -The X9SCM-f came with a heat sink including steel backing plate. I replaced it with the Thermaltake including provided back plate per the video example.

Two “interesting” things: On close inspection the motherboard socket MAY have a bent pin hard to see.: 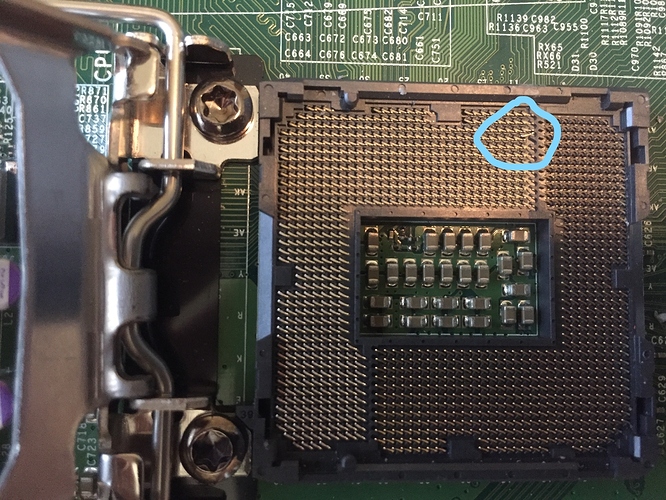 Also looking at the bottom of the CPU is the discoloration below a problem or normal? 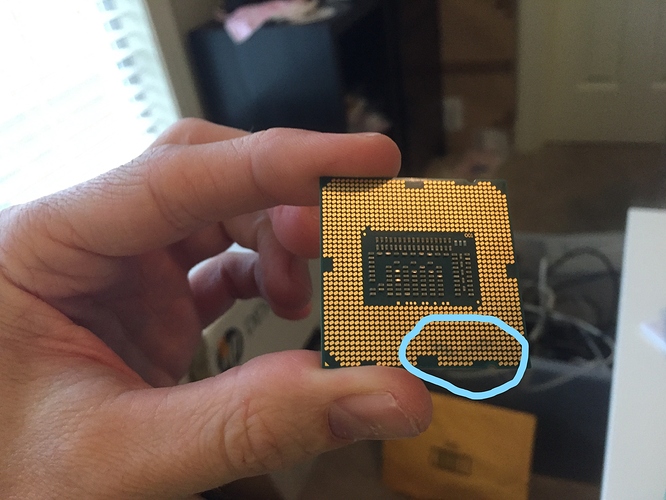 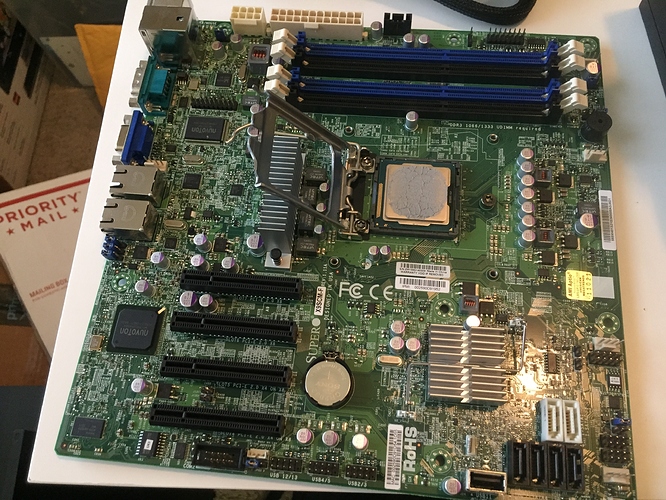 Anyway, any T/S steps or just a “work with the motherboard /CPU provider” would be helpful, I’m lost otherwise.

Edit just to add: I did check both the VGA cable and the monitor in VGA against a good PC, so I know it’s not the display /cable.

also - random thought: I checked the motherboard manual, it says the "onboard VGA enable " jumper is pos 1-2, which is where this is set. Question-- is it possible that the CPU GPU (Xeon E3 1265LV2 has iGPU) would somehow interfere with the motherboard VGA? or is that not an issue. I don’t want to mess with the jumpers unnecessarily.

Update on this – I contacted the motherboard seller, they told me to ship it back.