Well - completed this a while ago during the early stages of quarantine and figured it was finally time to post a writeup (if there’s not a build complete post, did you even build it?).

This was an incredibly insightful process for me - and it’s thanks to the folks on the Discord. This was not just my first server build but first PC build, period, despite a long history of tech savviness and geeking around on the superficial/software front.

Use case: I bought an HP 290 when they were cheaper than all get out, and that’s hosting my Plex server. But it has just one workhorse 4TB MyBook for media storage and I wanted a NAS – my Blu-ray rips and conversions were starting to balloon out of control, especially with 4K content. Now I’m starting to see the virtues of VMs and such for messing around, but at the time I started this was purely meant for file storage with some overhead in case I wanted to start doing more with it. 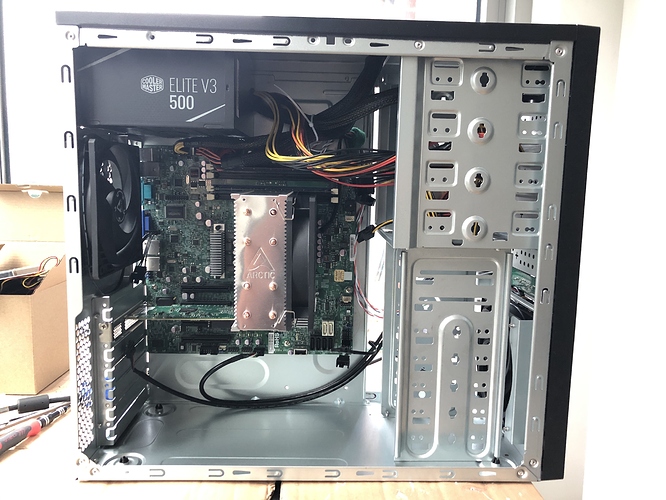 When I first got everything in the case, sans drives. 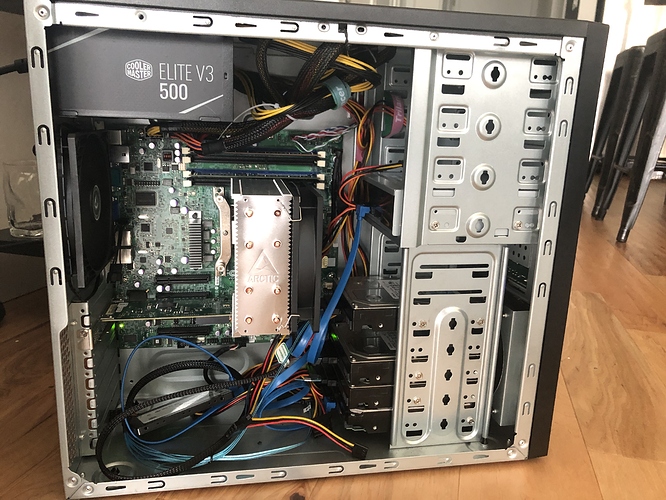 (Mostly) finished in case! Cable management is umm… a struggle for me. I find this case to be not particularly intuitive in that regard. Also I frankly have no idea what to do with my cache SSD, or any others that I add – velcro tape to the bottom of the chassis?

It’s been a few months of tinkering with it and making sure things are stable - I had some unexpected array restarts that triggered a lot of parity checks for a while but we appear to be in a better place. It’s also currently at my girlfriend’s place and haven’t moved my 290 over yet, so I’m still running Plex off the old hardware mostly – though I’ve transferred most of the data on the drive and will reconfigure Plex once the two machines are running at the same location.

Of the five SAS drives I bought, only three are in use - ran out of SATA power - and one of them may be bad but will require more testing. But just got power splitters and will be able to put the bad one back in to check it.

For ssds, ghetto like Velcro or zip tie can really work.

You can also buy a cheap plastic adapter on eBay.