Hey guys, another NAS/PLEX Build looking for some assistance please

Join the serverbuilds.net community In order to not clog up the /r/Plex subreddit and discord, I, along with help from /u/manbearpig2012, have decided to make a community focused on used/refurb server hardware builds. Currently, the discord is 650 members strong! We post a lot in the #tech-deals channel when we find anything on sale that might benefit a build. Discord invite link (the easiest way to flesh out your build and ask questions) YouTube link - lots of xeon build videos here Objec…

Usage:
-Needs to run Plex Media Server (would love to have 15K+ passmark)
-good amount of drive space (right now I have 4 WD Red 4TB drives in RAID5 + 1 OS drive looking to upgrade that to 2 SSD OS drives with RAID1. I already have the SSDs)
-need to be able to install a GUI to run filezilla and filebot for pulling movies from seedbox and renaming them for plex
-ability to add SATA controller for DAS in the future when I run out of drive space. I would be turning the Node 804 below into a DAS or NAS.

Case:
anything cheap that can hold it all. This server is going to be in a server closet essentially so sound isn’t really an issue here neither is looks.

Looking for help if you guys think any of the parts above are not great or better can be found for cheaper, or if they aren’t compatible. I believe I did my homework correctly but there are definitely more experienced server admins on this forum

I also wasn’t sure what CPU cooler or PSU to add. I’m looking to keep this pretty cheap with black friday around the corner I think I should be able to keep it under $400 ish… +/= $100 I guess lol

Thank you in advance!

Have you looked at this?

[JOIN THE DISCORD] Special thank-you to all of the moderators, trustworthy, and Patreon supporters who provide valuable feedback and put up with me on a daily basis. [image] Objective & Overview Create the end-all guide for LGA2011. Update the Anniversary NSFW build to include many more options and avenues, including but not limited to: vendor direct deals, pre-built systems, add-in cards, storage, and sample builds. Following in the wake of the very popular NAS Killer 4.0 build guide, uti…

There’s no reason to base your build off of one of the legacy builds. Everything you need for LGA2011 is in that thread.

Thanks JDM! Noob question but I wasn’t sure why there’s a Not Safe For Work build lmao unless my head is just in the gutter… but I’ll take a look at it. Thanks again!

Just names for fun. They don’t mean anything.

This server is going to be in a server closet essentially so sound isn’t really an issue here neither is looks.

If you want a dual 2011 socket system and noise level is not an issue - just get a complete 2U rack server from ebay. It will be less expensive than anything you would be able to put together yourself. You should be able to get a brand name barebone (chassis, dual 80+ silver or better PSU, motherboard, both heatsinks, 12 LFF hotswappable drive bays) system for the price of your motherboard alone. 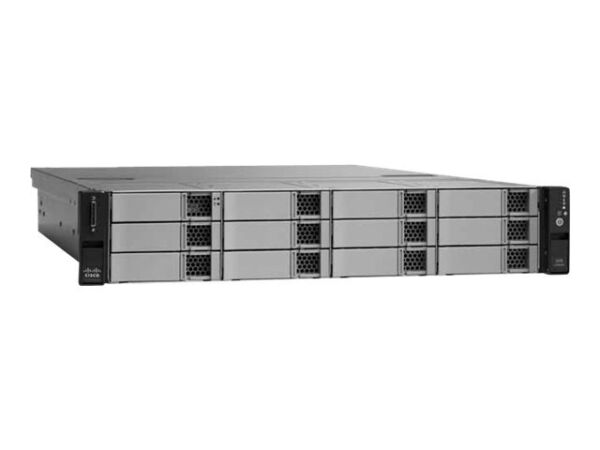 Find many great new & used options and get the best deals for Cisco Ucsc-c240-m3l UCS C240 M3 LFF Server at the best online prices at eBay! Free shipping for many products!

That’s pretty damn good. The thing with that listing not including caddies is that from what I recall the Cisco drive caddies are pretty hard to come by and thus usually fairly expensive.

This is my understanding as well.

If you combine it with a DAS however, it could be a really good deal!

Last time I bought a Cisco UCS chassis I just used some old and dirt cheap Intel (Chenbro?) disk trays with it. They did not fit perfectly but well enough. They only had a single LED though.

I actually thought about going this route… I might end up doing that since I already have a nas box essentially. Thanks for all the help guys!

If you’re just looking to offload Plex, check this out:

Intel QuickSync Intel’s QuickSync makes use of your Intel CPU’s onboard GPU (make sure it has one) to accelerate transcoding. Early on, QuickSync had a reputation for being relatively pointless because it was not very capable and the resulting...