Just finished up my first server, an NK 4.0 build. I’ll be using the server mostly just for general NAS purposes as well as backing up a bunch of devices. Software/OS is not completely decided on, but after some convincing from JDM, I think I’m going to try and fit an unRAID license into my budget.

*These items were negotiated/offers were made. Those are not the usual prices.

So this build mostly revolved around the hard drives, which I’m sure you noticed were an amazing deal, which I got from a seller on r/homelabsales. The reason I was able to get 16TB worth of drives for only $110 was that the these Seagate drives actually seem to have been made for an OEM system, either a Hitachi or NetApp AMS. This meant that they were formatted differently, and the seller thought that they were 4kn. This meant that I had to get a newer SAS2308 card, the reason why I got the 9207-8i instead of one of the usual ones.

However, it turned out that the drives actually just had a sector size of 520, so it was a very simple command to format them to 512. Unfortunately, one of the drives had a mechanical error of some sort, something the seller said might happen since he wasn’t able to test them (he thought they were 4kn and didn’t have a compatible card). Luckily, I’ve started a return and a replacement drive is on the way.

Despite this small setback, overall I really enjoyed this build. I definitely learned a lot, and the community was very helpful in solving the (thankfully few) problems I had.

Photos:
Parts ready to be assembled 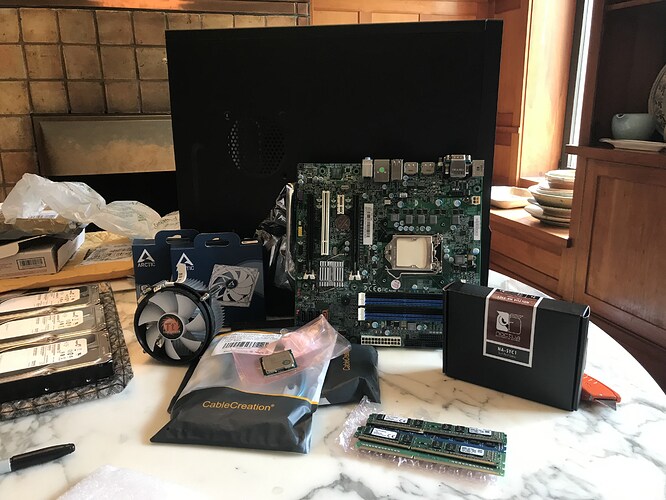 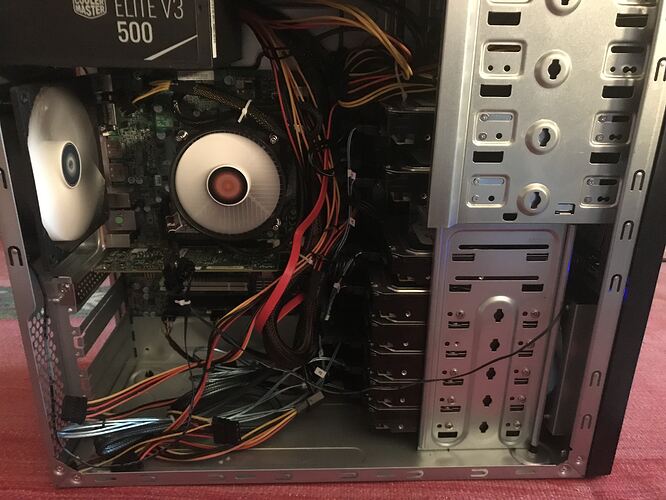 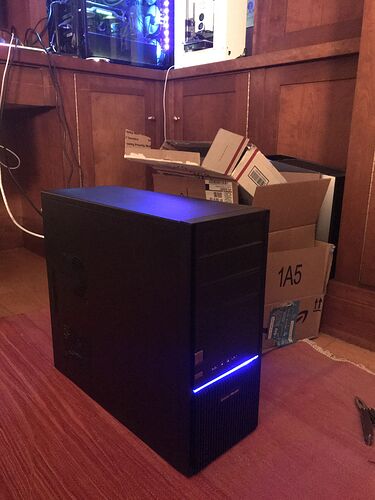 All of the parts I used I’d definitely recommend and I’ve had no trouble with thems o far. If anyone is curious about sellers I used and what offers they accept, or if you have any other questions, just ask.