Following the guide and help from the Discord community, I built the NK 4.1 NAS box.

Took about two weeks for parts to arrive. No DOA parts, fortunately. One week build time; I was a first-timer to Unraid and most everything else. This NK4.1 is purely NAS + Backups.

Parts picked up based on the NK4.0 guide

The grand total was around $600 in parts. There were deals to be had and the end was closer to $500.

The build went pretty smooth. I did flash the bios and firmware over IPMI. About 12 hours into running, the motherboard began beeping RAM error codes. An air can to the slots appears to have resolved those and the system has been running fine for almost two weeks. 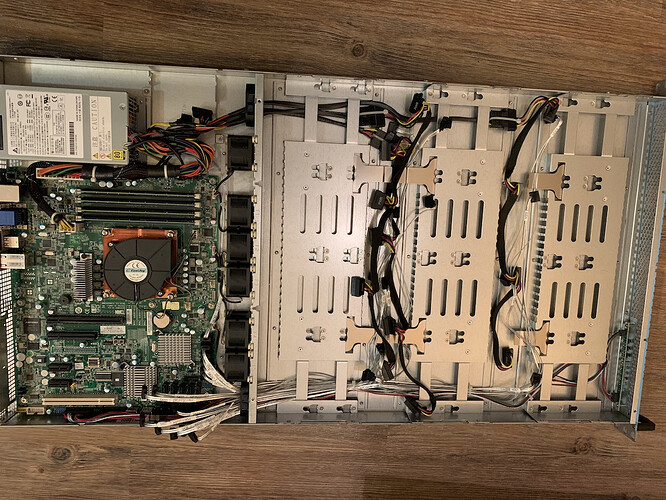 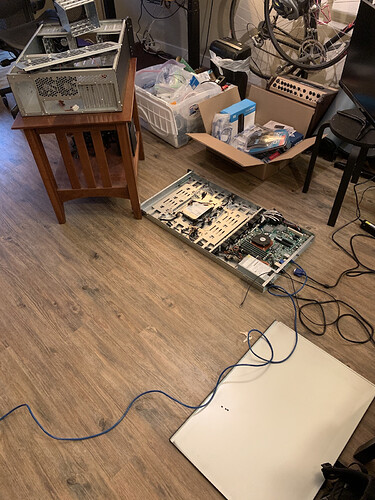 I left everything in the old chassis while I added hard drives, Unraid, and did all of the necessary flashing (bios, firmware, LSI controller). Then started into the new case. 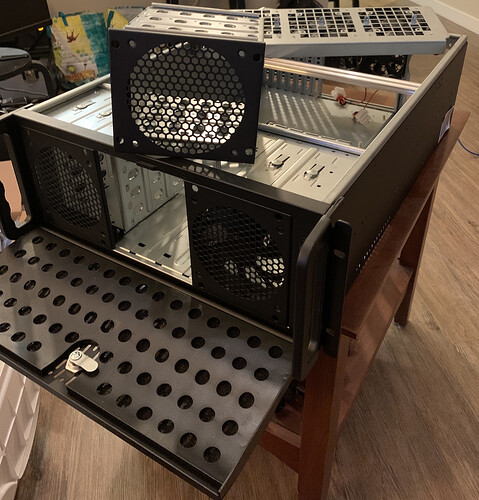 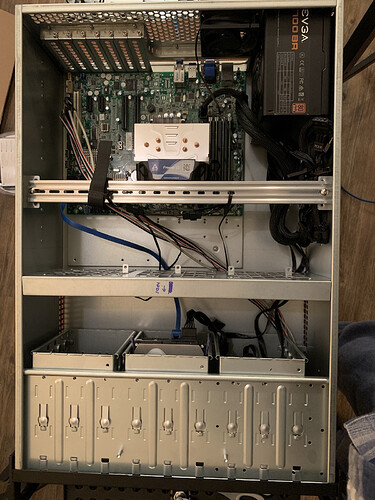 Got the basics running with a little cable tie support. 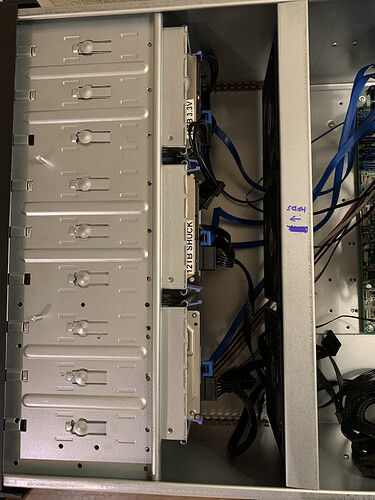 image1200×1600 587 KB
Added in more drives, bit by bit. I had around 8-10TB to migrate over. Based on discussions, I opted to keep things simple and put in a single 12TB and move over half of the data, then added 2 8TB drives for a total array of 3 drives and usable 28T8 to even out the distribution. I then added in a 12TB parity drive. My “build complete” was soon after with those 4 drives in total. 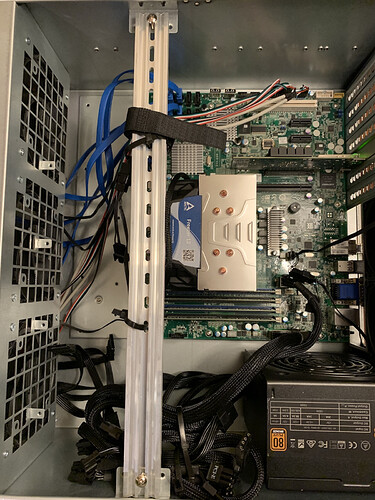 image1200×1600 813 KB
I think I have work to do still on cabling. My power supply wasn’t one of the modular ones so I get all of the cables. I also had added in the 10gb Mellanox single-port NIC card. This box sits in my living room, for now, and that NIC makes a whining noise that is nearly unbearable when being used – it’s gone now [update: I had a bad NIC, eBay seller replaced it and now the 10gb is silent and works great]. 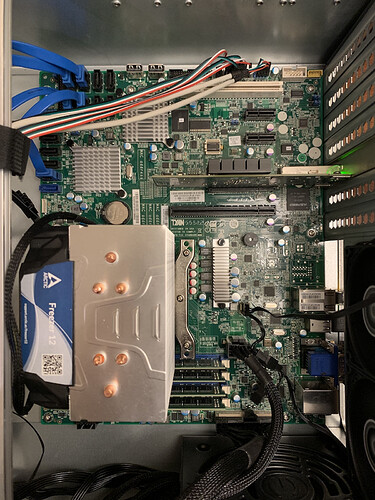 It lives! Congrats on build complete!

Thanks for your help

CONGRATS!!! I’m not too far behind…just waiting to find a Case & PSU!