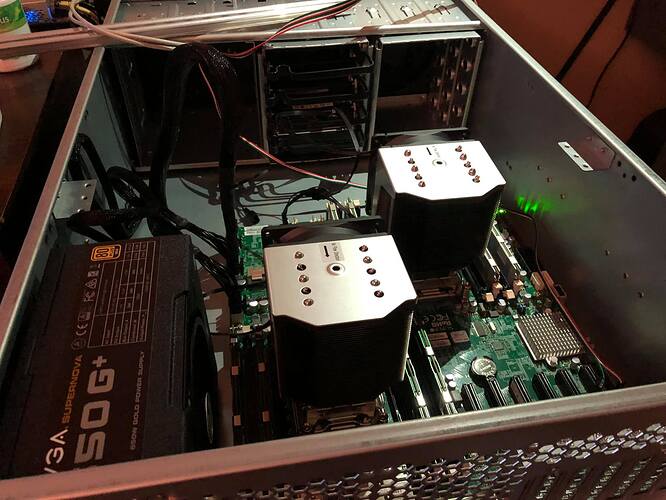 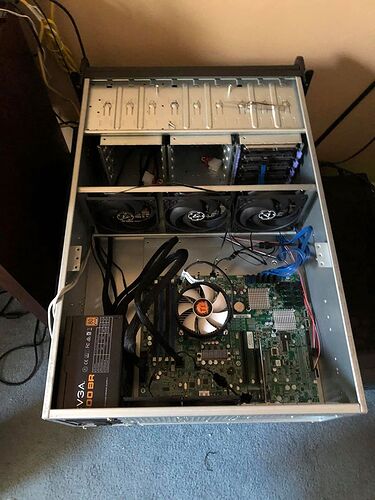 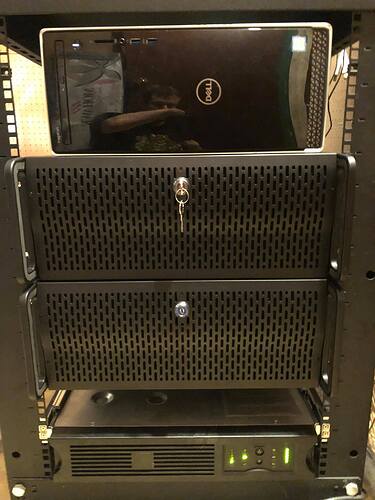 *Note: These where in process pics, I did flip the fan wall around and put the fan wall in the ESXI box. I have a rack shelf on the way which is for the Plex server.

Holy Ram Batman! what are you doing with each build?

Nice builds! How are you liking the Tyan board?

Cool to see someone else with the S5512WG2NR. I found this board on eBay for the right price ($39 from ascendtech). It appears to be a custom build-to-order configuration, Tyan’s websites doesn’t list S5512WG2NR, but it appears to closely resemble the flagship S5512WGM2NR except with fewer features. Yours is the only post I could find on this forum mentioning S5512WG2NR, or indeed, almost anywhere else on the internet.

More information in case anyone else is also interested in this board (the eBay seller has a bunch available): at least mine’s full model number is S5512WG2NR-B-SYN. SYN = Synnex Corporation, which maybe not coincidentally sold Hadoop cluster hardware in 2012-2013. The board’s description is cryptically “1x8-X4 CacheH 16G”. Was this leftover from a custom Hadoop caching cluster product? Among the few hits for S5512WG2NR on Google are trade/import records of 32 boards from overseas to Long Beach, CA (Synnex is based in Fremont, CA).

The biggest differences I could find between S5512WG2NR and S5512WGM2NR are:

At this price, this board looks like a good value for a NAS Killer 4.0 (LGA1155) at least for the onboard LSI2008 SAS controller. 8 SAS ports + 2 SATA III + 4 SATA II. By the way, from your photo it looks like you’re plugged into the SATA II (3.0 Gbps) ports, you might try the other ports for 6.0 Gbps. Fortunately, the SAS ports also seem to give 6.0 Gbps! Not always the case for all controllers, as I understand it (sometimes SATA plugged into SAS downgrades to 3.0 Gbps). 14 total SATA-capable ports with no expansion cards needed, plenty for a NAS.

Another curiosity of this board (not specific to -SYN, but the whole S5512 lineup) is it has 8-pin fan headers, in addition standard 4-pin. These headers are smaller but can connect to two fans, appears to be for Tyan’s custom “barebones” server hardware, unable to locate easily compatible cables but maybe they could be made custom? I think I’ll stick with 4-pin headers for now… Also, not sure how common this is, but having two internal USB ports (for booting off thumbdrives) and onboard pushbuttons (reset/power) was convenient for bringing up this board in a system outside of a case.

The only real downside I’ve found with the S5512WG2NR (besides the lack of IPMI and fewer PCIe, but you get what you pay for) is the lack of an I/O shield. Which would make sense if these boards were originally meant for a custom build not a standard PC case. Are you running without the I/O shield or did you manage to acquire one? Not the end of the world to run without the shield, but would be nice to have something there… has anyone found a compatible shield or would know where to find one?