So I originally built my PESH2 server in 2018, using a tower case, and it has been running strong for 4 years (!). I’ve grown tired of the thing sitting in my living room. I have wired up the place with CAT6 terminating to a patch panel in the basement that lives in a Startech rack. My intention is to move the server to a new Rosewill case and mount it in the rack in the basement.

Attached are the first couple of photos. As part of my home reno, added wifi in the ceiling, as well as security cameras on the outside of the house for use with Shinobi on unraid. Off topic but also got a bunch of z wave equipment (light switches, deadbolts, and thermostat) so looking forward to trying some home automation with HomeAssistant.

Over the next week I will move the server to its new case to test it out in its current position, then in a couple of weeks I will make the move down to the basement.

As a bonus I’ve also got a Aruba switch (shown in the rack already) and an HP S01 box with pfsense on it (not visible) that will eventually live on a shelf the rack as well.

Rack set up waiting for the server:

Looking at the Rosewill box with the trusty build in the background (APC UPS) - as you can see not the ideal spot but it did the job! 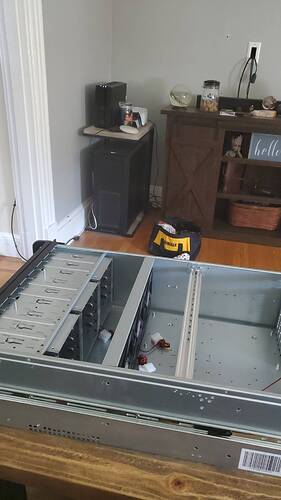 Will be making the move this weekend - more pics to follow!

I’m considering putting a 42U Startech rack in my basement to consolidate my network and AV gear.

Keep us posted on your project.

I migrated out of the Enthoo into the Rosewill over the past couple of days. A few notes:

Below are some pics!

Next step is that Verizon comes Thursday, at which point I’ll simply bring the Rosewill down to the basement and install it in the rack. 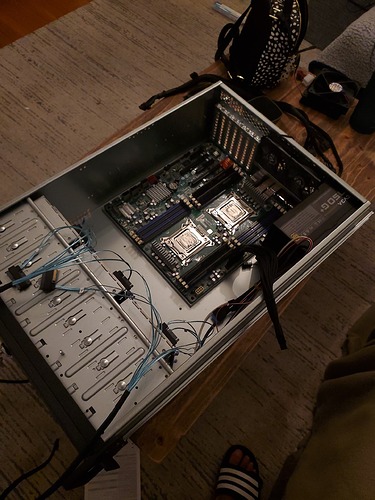 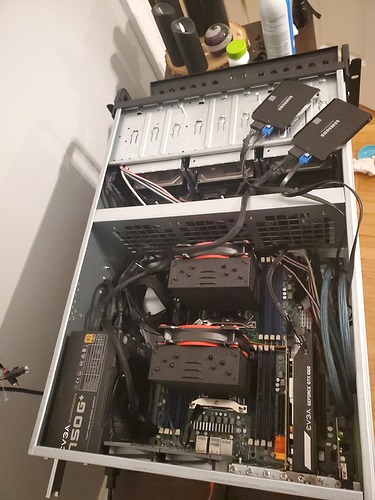 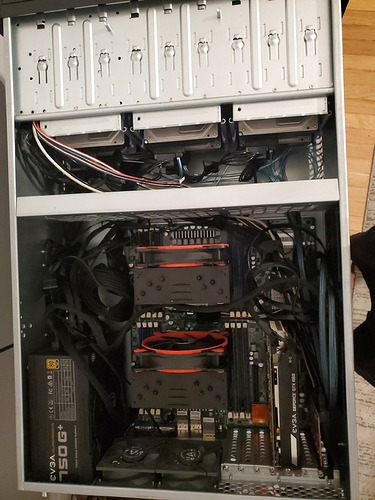