I’m having issues with Plex when I force my LAN to use only use pfsense as the DNS, which down the line is using pfblockerng. The issue itself isn’t with pfblockerng because if I disable pfblockerng I still have issues until I disable the forced Firewall rule.

Any idea on where the issue may be? 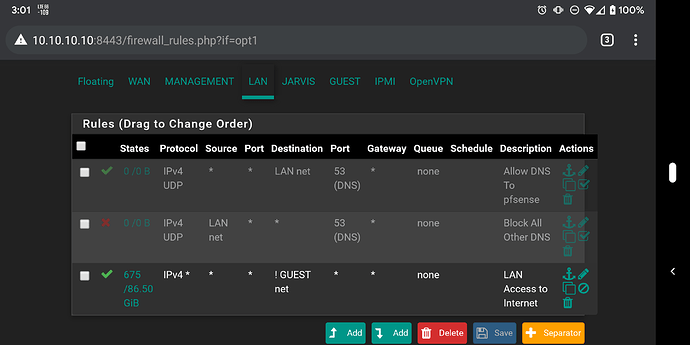 You didn’t elaborate on what the issues are, so there are a few things it could be.

If remote access is required, you will need to add a rule to pass through port 32400, unless you have Plex listening on a different port.

If you are using the plex.tv domain to access with SSL and are using the pfSense DNS resolver, you will need to add the following to its custom options:

I don’t recall having to do anything else to make Plex work with pfSense.

Sorry, late night proof reading doesn’t work good. Yeah, my remote access stops working and Tautulli stops being able to connect to the Plex server. I have Plex moved to port 32401 forwarded from 32400. I did already update the DNS resolver but still have issues. I’m not actually using SSL though if I recall. 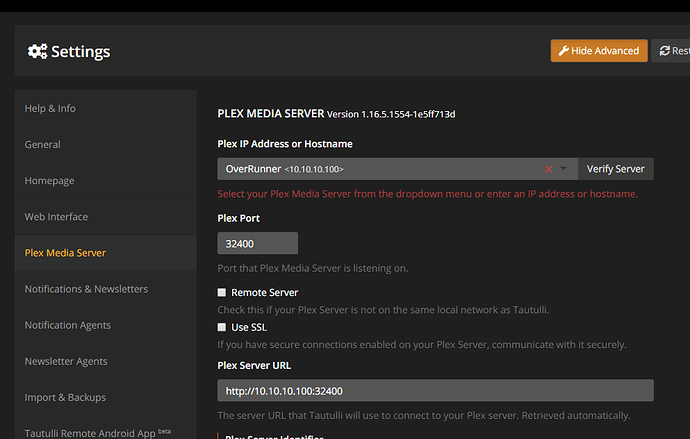 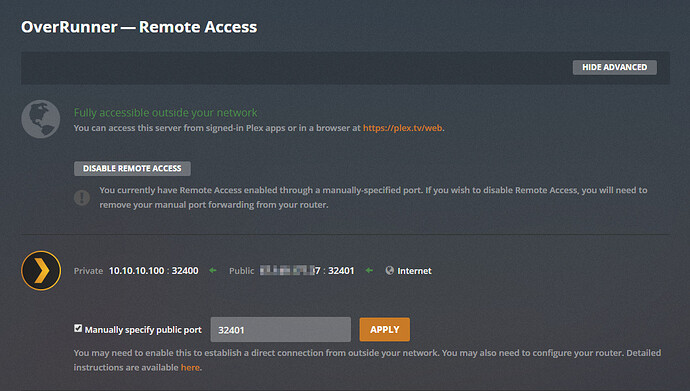 I’m not sure if it makes a difference or not, and the pfSense documentation isn’t exactly clear, but the custom configuration recommendation is to enter each item on a new line following the “server:” declaration:

Still a no go. I’m not going to stress about it. I don’t mind that the LAN my server is on isn’t forced to use pfsense (pfblockerng) as it’s DNS. It may be an issue because I use DuckDNS as well. I don’t know.

It’s strictly when I force DNS, no matter if pfblockerng is running or not.