Little Nas that Could

This was my first go at any sort of media server or server in general. Lurked on reddit and finally joined the discord and fell into the wormhole. Wanted to start out with a base build and see my usage and have a little bit of room for storage growth. Without any further procrastination the build is as follows.

Thats pretty much it. I had a power outage a week or so ago and watching it parity check for like 28hrs was the worst. So the CyberPower UPS was a steal on Prime Day. Going to try and figure out Docker some more and hopefully get a Minecraft and Rust server running on it as well. Ill post up a photo of it later when I get a chance. 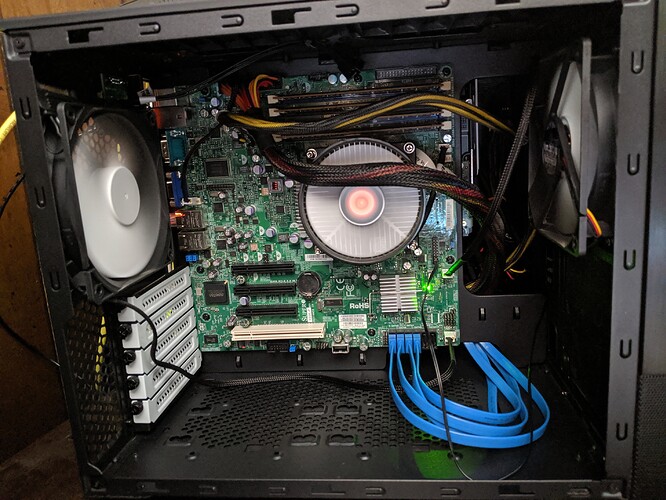 Sounds good mate, can’t help you with the problems you are having but if you add pictures you can get the build complete role on the discord, and get a nice blue name

Dont you tempt me with a good time!