Thank you based Fry’s Electronics.

So this is my first delve into HiFi audio (is that the right word)
Got some things for a home theater I don’t even have yet but I’m sure I will make it work.
I got the following:

edit:
Apparently I’m out of speaker wire, and need to get a new spool. What gauge do you recommend? My receiver is an Onkyo TX SR606 and my longest run is maybe 30 feet. 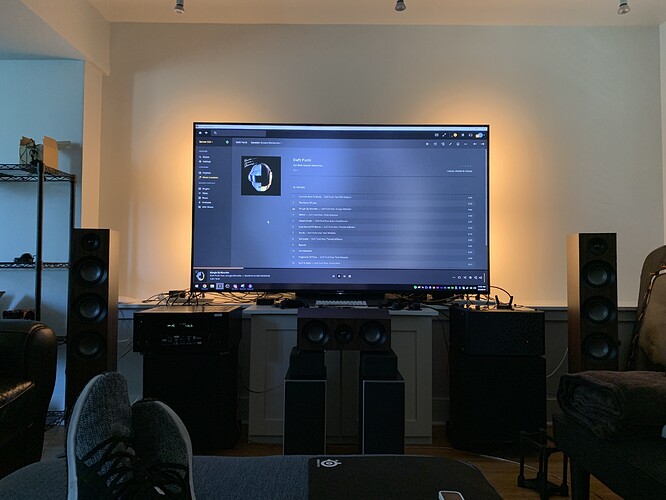 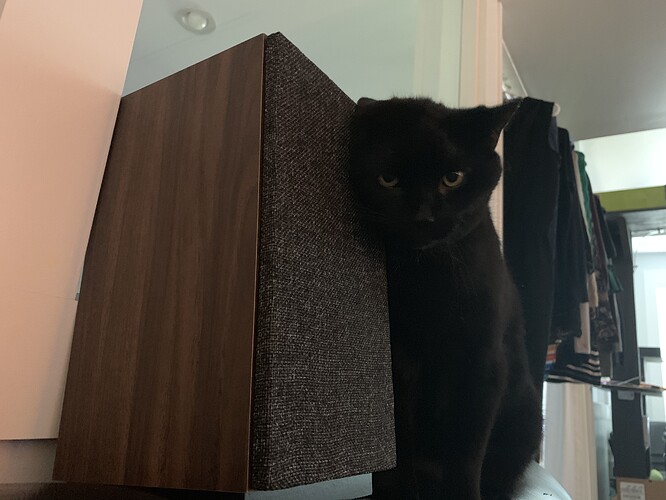 I’ve listened to some music, and I’m currently watching Captain Marvel in 4K, and other than the sub being out of it’s element, these speakers sound great. I didn’t realize how much I’ve missed having a proper speaker setup. I have a shit eating grin on my face right now.

How are they doing for ya? It’s been 2 weeks, we’re gonna need a full review

I like them a lot. I pissed of my neighbor two weeks ago because the sub was rattling his place. I was definitely the asshole, and turned it down.

I bought the Onkyo TX-RZ830 from Amazon today. After I set it up, I’ll try calibrating the entire system. I probably need some new HDMI 2.x cables. Maybe I can get them from work.

A seemingly random bump but threw some cash into getting the S Series 5.1 theater setup that I thought was a really good deal (let me know if it isn’t) on SlickDeals. Looked up a lot of reviews and I don’t think I can get any better value than this.

803s gets great reviews and could probably end my need for speakers right then and there.

The form-factor of the 810 subwoofer is appealing to me knowing it probably isn’t gonna deliver the most bass but the whole setup already should give me plenty of that.

The 809 towers get great reviews so I’m excited about that. The center S 83 apparently is whatever but it’s a nice bonus.

Overall pretty pleased and I love that they’re black and the overall WAF (wife acceptance factor) means I’ll probably be able to always have these around since they aren’t too big.

No subwoofer, just the towers, center, and bookshelf.

Gonna need to look into buying some speaker wire and banana plugs.

Hopefully this is my “end game” as I have a bunch of other low-end-tier cheaper speakers that kinda kept me afloat.

Total cost I’m looking around is $620 for the entire build if everything goes right… Will let you guys know what I think if/when I get things setup.

I’d get the $399 setup without subs, and get 2 of the costco special klipsch subs instead. They run about $150 each when on sale, you just missed it though. Yes, you should get two. No, you should not just get 1.

For now, enjoy your 5.0 and wait for a deal on subwoofers.