Objective:
Build a cheap, kick-ass 1080p gaming rig / plex server all-in-one. Have room for expansion in the future, and a clear upgrade path. A Dual-CPU build will allow us to game on one CPU, and have plex transcode on the other! So effectively, you won’t see any performance loss while transcoding and gaming. This system is equally as good of a workstation as it is for casual/couch gaming.

I’ve set up this exact system for a friend who hooks it up to his 4k Samsung TV. He uses it not only as a plex server, but also to play games and as a plex client. It’s capable of playing Dark Souls 2, Knights of the Old Republic 2, Rocket League, and many less demanding games in 4k 60fps, and other more demanding games in 1080p 60fps without a hiccup. (1080p scaled to 4k doesn’t look bad at all) 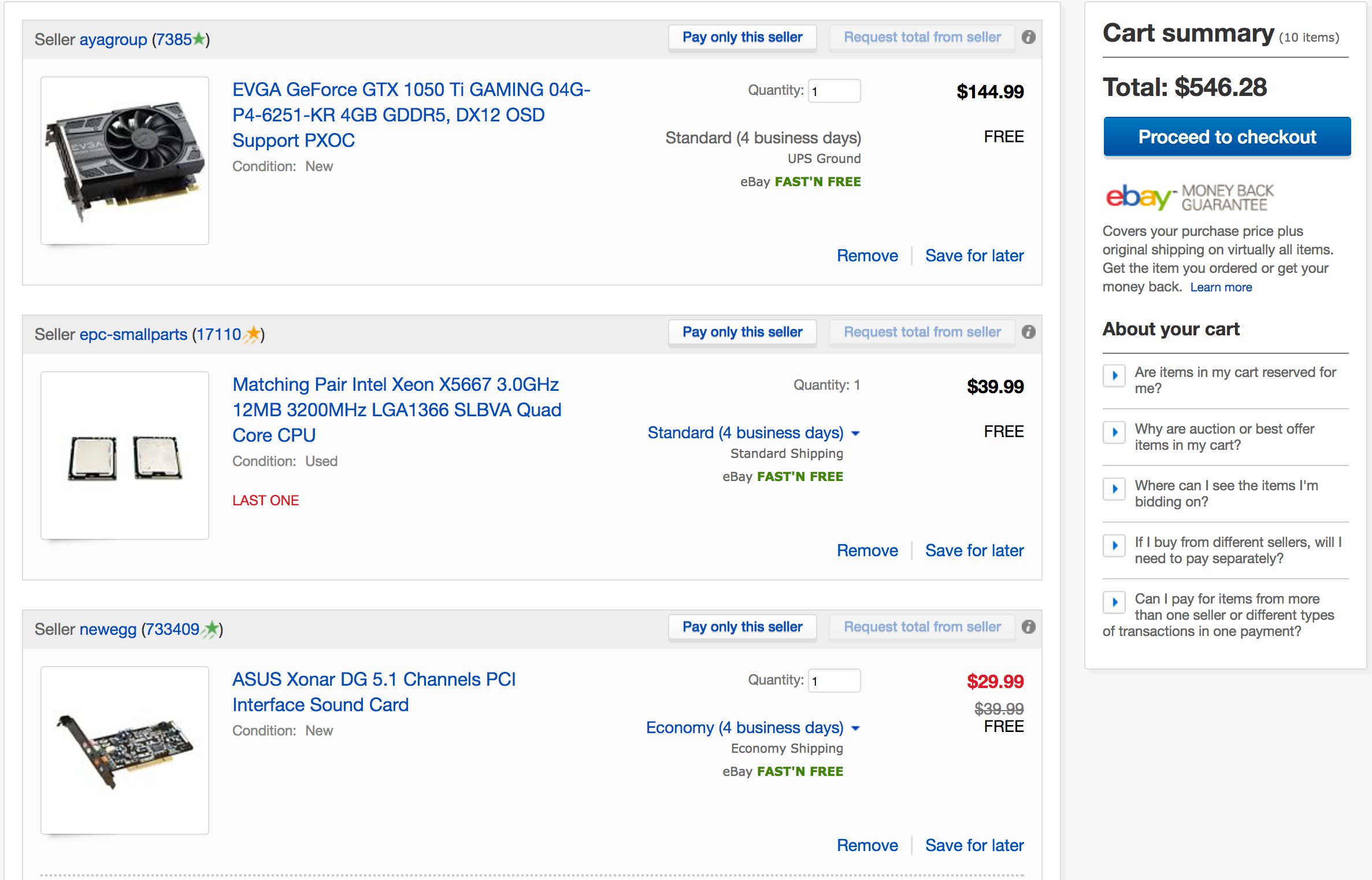 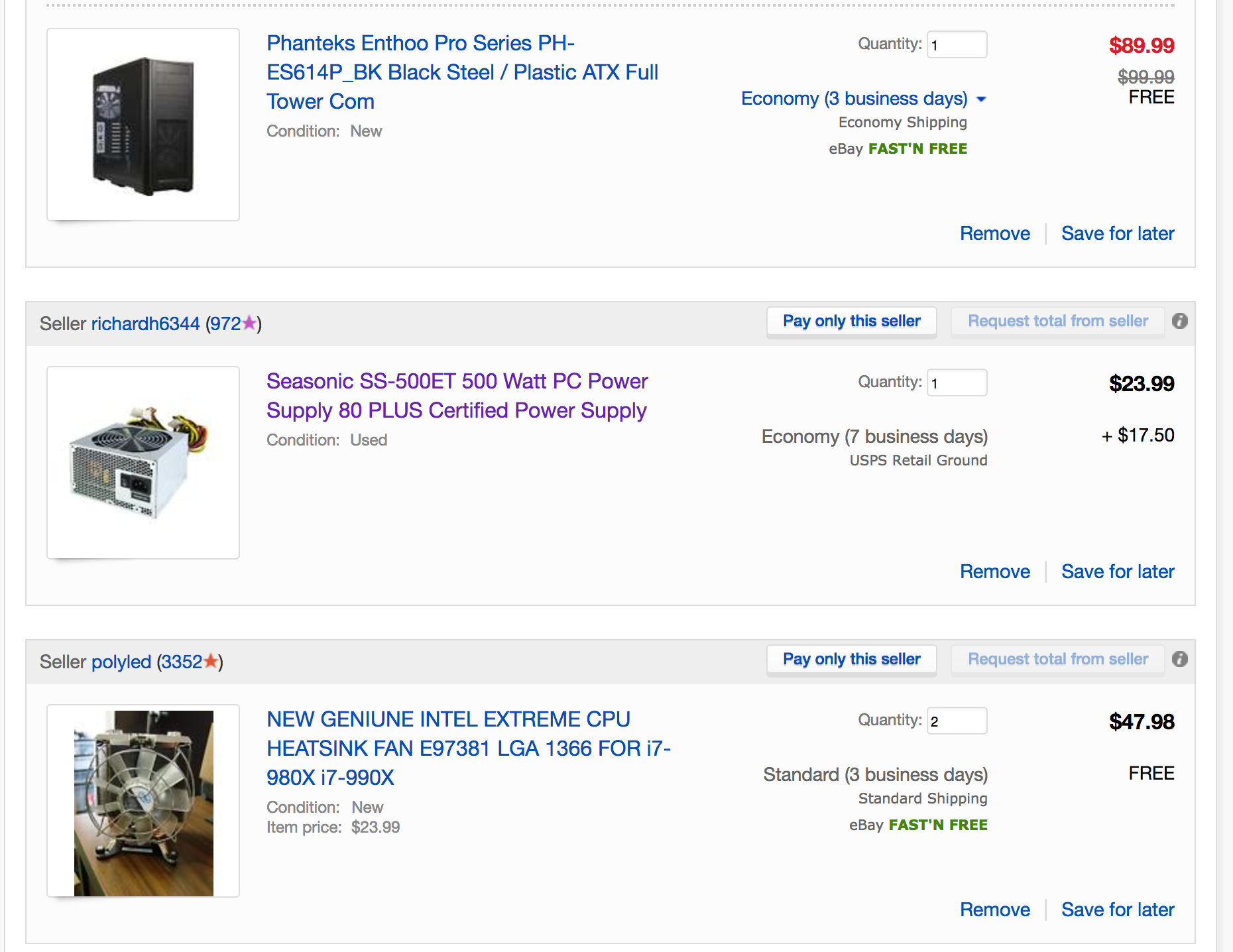 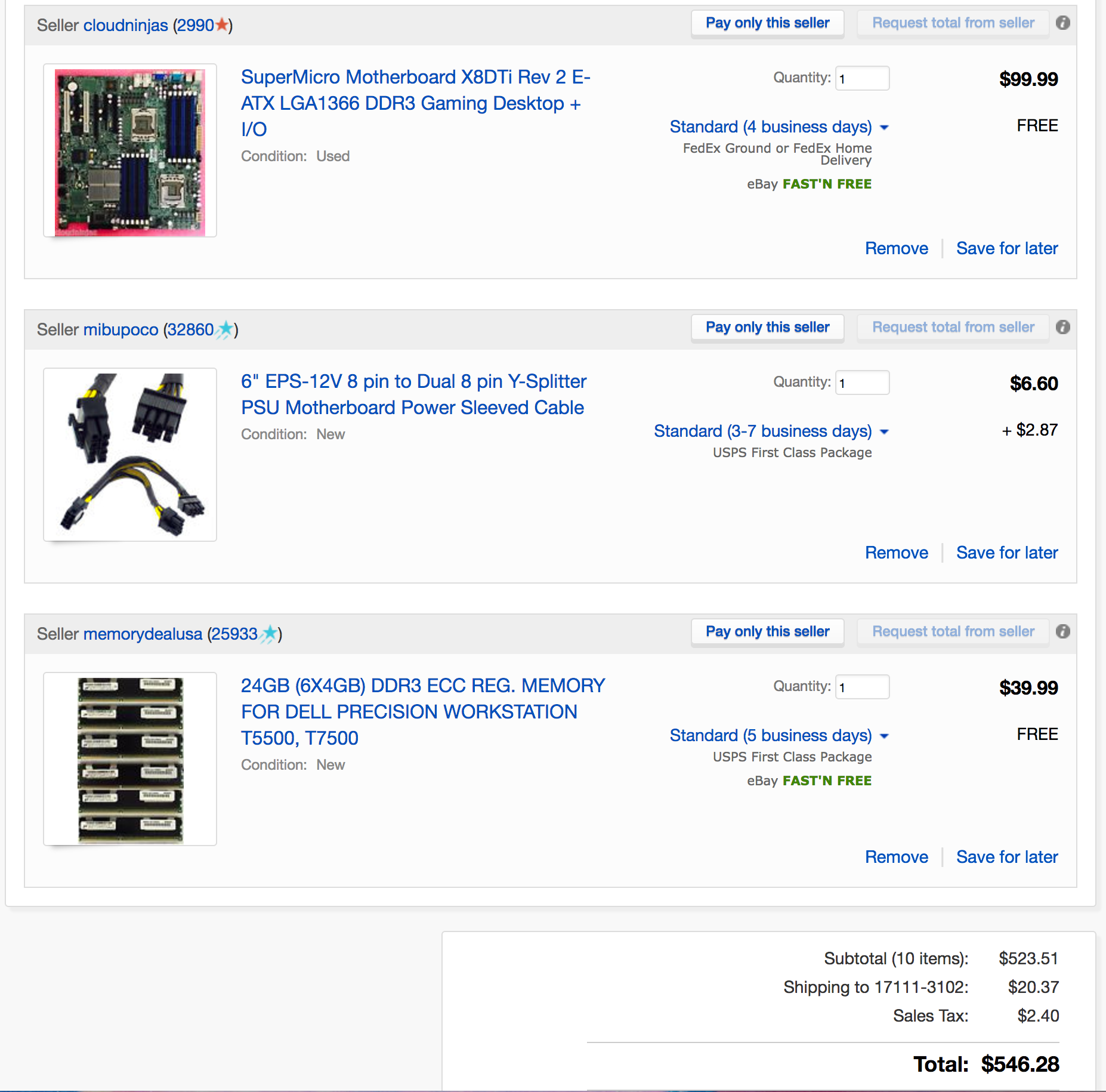 This section is a short / general overview of the setup. If you need more information, take a look at the Hyper-V documentation on Microsoft’s website.

I’d recommend using a 500GB SSD or larger for this build. Add a cheap 1TB or larger HDD for game storage, and anywhere from 1-5 more hard drives for Plex media storage.

We’re going to use Windows 8.1 or Windows 10 Pro / Ultimate for this build. Pro or above is required for dual CPU support. Hyper-V is also available, which is what we’re going to use for Plex. Pick a host OS for your Plex VM, probably Windows (pro not required) or Ubuntu. We’re going to assign 8 threads and 4GB to 8GB of memory to the Plex VM. Make sure that the VM home folder is located somewhere on your SSD. I would allocate 200GB-300GB for the VM if you want to do thumbnail generation, and around 100GB if you don’t.

In order to make a CPU available for the Host (gaming) OS as well as the Plex VM, we’re going to assign 4 virtual processors to the VM. Simply set Virtual Machine Reserve to 100 in order to dedicate cores to the virtual machine. This will ensure that games and other host OS processes do not try to use these cores. You can change the number of virtual cores later in order to optimize the performance of the host system / plex VM. 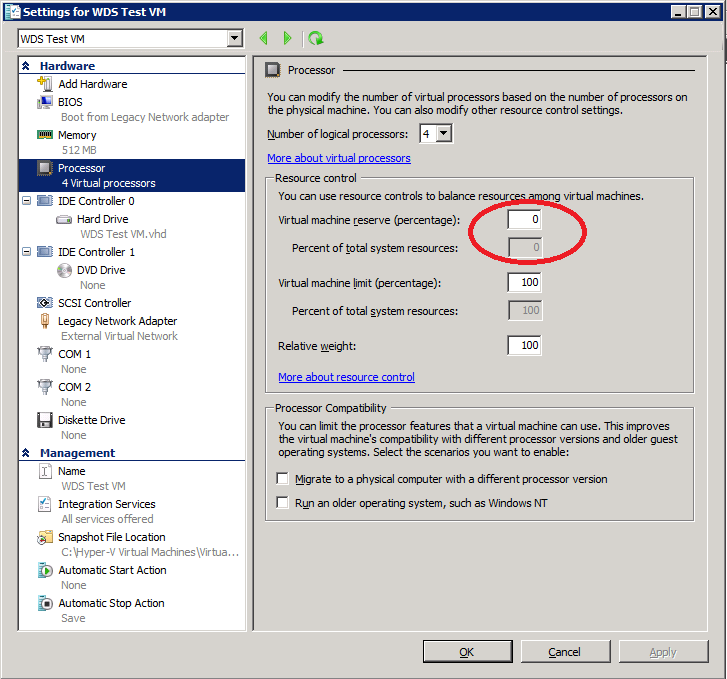 Install the virtual OS as you would normally. Use the attached HDD / raid array as storage for plex media, and use the VM host storage for plex data. Bonus: if your plex server crashes, just restart your VM, instead of your whole computer!

I was curious how old this build was, so I checked Reddit and saw that it is a little over 2 years old (ref).

If someone was going to build something similar now (gaming system plus Plex server, etc), is there a current build you would currently recommend for them?

The Anniversary build works great for this, although it might be a little bit more expensive.

I’m going to work on refreshing the $193 Lego build (not on the forum yet), which will be the same socket as this build.

Just updated the Lego build. You can find it in #builds:in-the-works

Is there an updated version of this build? This is exactly what I’m looking for, presumably just outdated. I want to make a Plex server + gaming system where the most I’d be doing at once would be transcoding one stream while playing a game. I’ve never built a PC or server so I’m hoping it wouldn’t be way over my head. If you can’t provide a build guide, do you think you can ballpark a cost to meet my basic needs?

But aside from that, it’s better to make a post in #technology:buy-curious and tell us your goals - we can help you plan out the hardware.