Update: It has come to my attention that the motherboard is actually an X58 chipset motherboard, meaning it cannot run ECC REG memory, which is unfortunate. Look for UDIMM or regular desktop memory, such at this. It’s more expensive, but you can still find deals on it. Sorry to any of you affected by this error.

Objective:
Build a cheap, kick-ass server for $300. Server must have 8 bays for 3.5" HDD expansion, as well as free PCI-E slots if the user would like to add a DAS down the road. 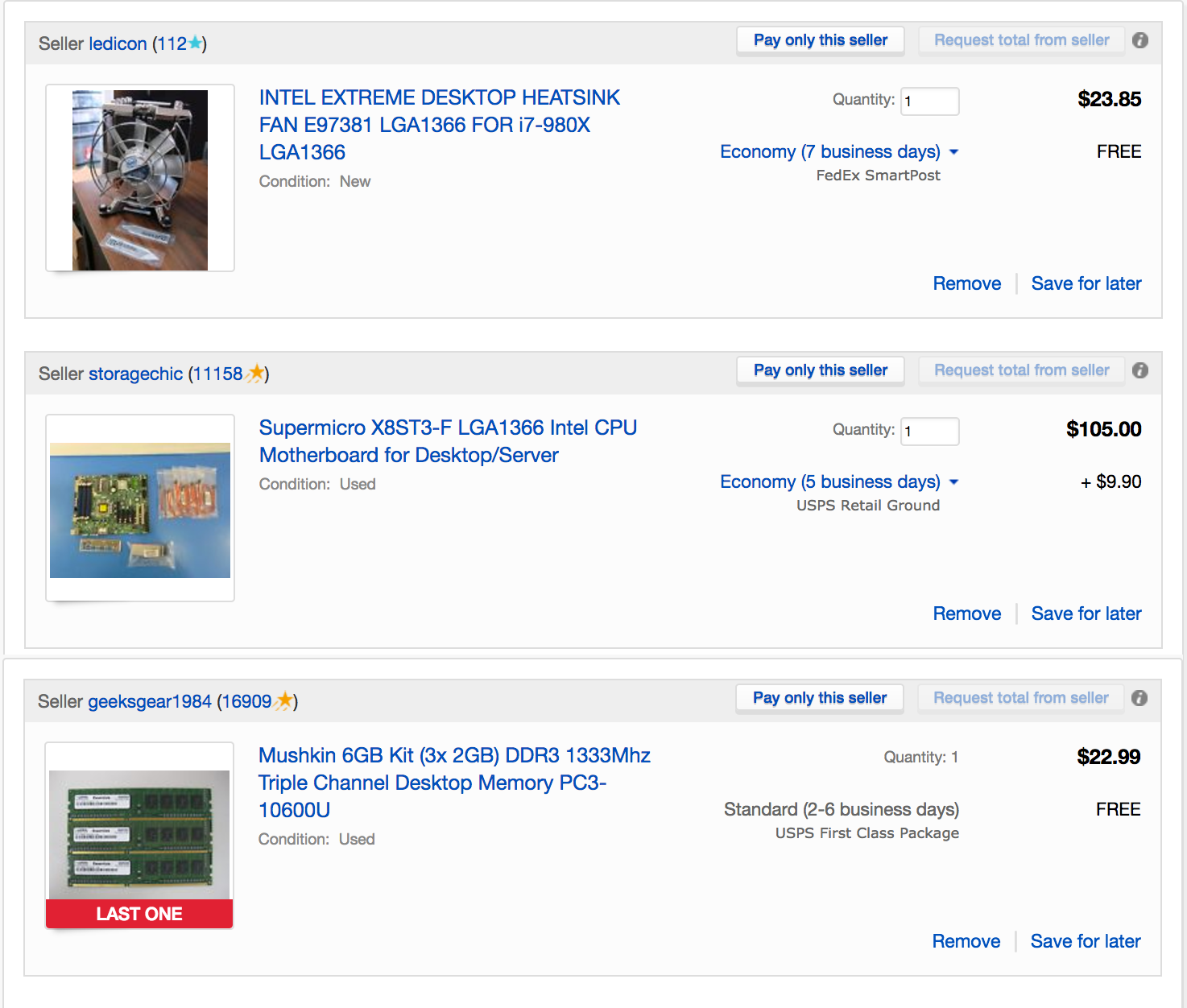 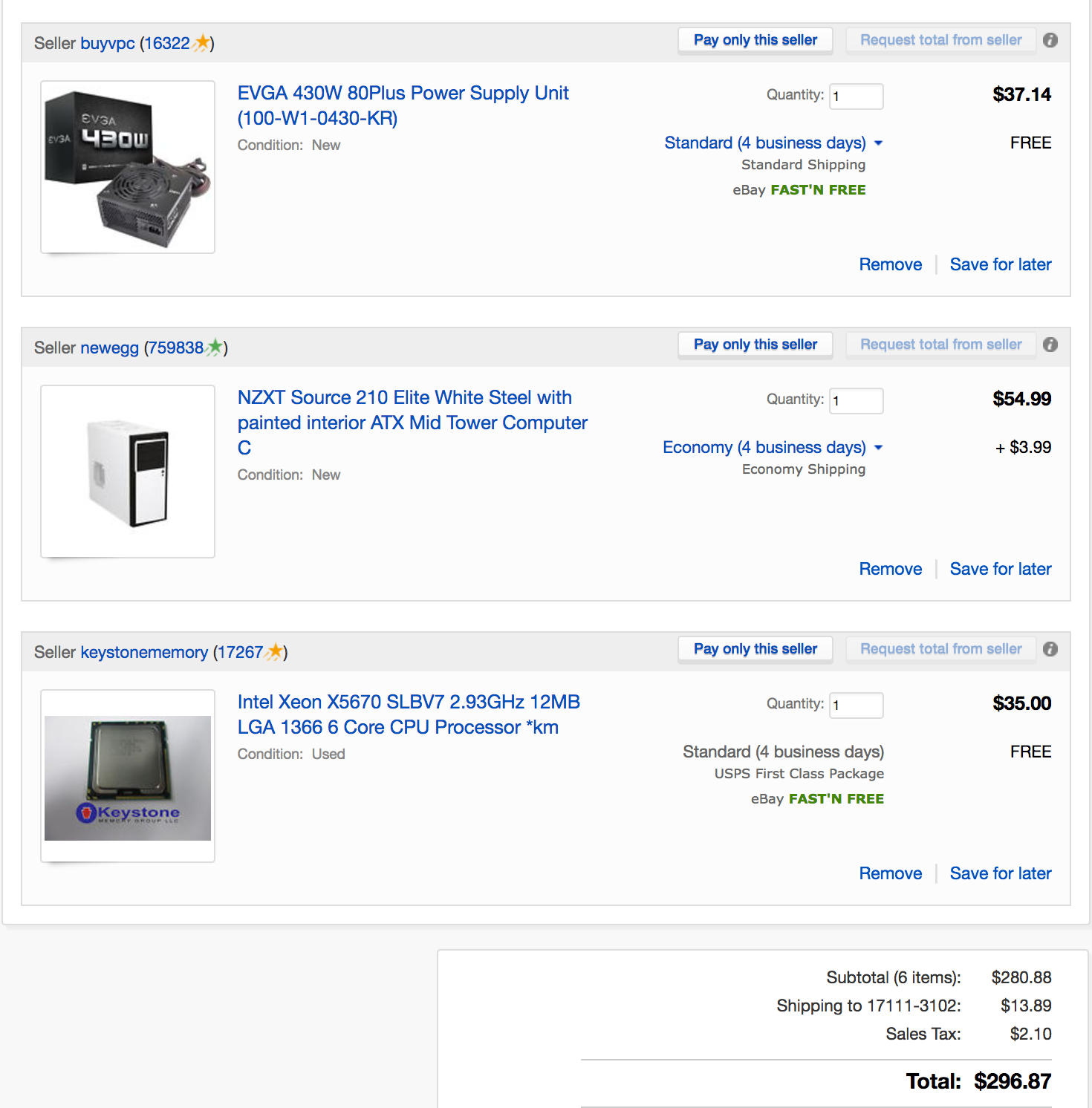 I found a killer deal on e-bay. A guy was selling his homeserver for a 100 british pounds, so I nabbed it.

The price/performance is insane! I just had to find a good cooler, since I’m keeping it in a tower instead of a rack and I found a giant Scythe Yasya for 10 quid or so and got that as well.

To anyone reading this guide, I would suggest to keep an eye on specific keyword in ebay, like “xeon motherboard bundle” is my go-to and check if every now and then (at least once a week). The deals can really be insane, since there is not a lot of market for used server-grade hardware (most people are snooping around for gaming components) and that brings the prices down quite a lot.