Flashing 9201-16e when sas2flash detects it (with errors), but megarec does not

This is my first time posting. I came here for the massive knowledge pool.

I have a new LSI SAS 9201-16e (advertised as “Bulk” Card, ordered from an official IT distributor - so not ebay. Before putting it in a Supermicro Server, I wanted to flash it in a consumer board to the newest IT Firmware (P20), for use as a HBA in JBOD enclosure.

There are some strange observations that I did not found elsewhere:

Below are the full error messages.

On regular boot, I get:

The Line Warning! IO Base address high. Currently not supported. only appeared on one of the two computers.

I tried the “hammer” method:

This means I cannot follow (e.g.) these steps because megarec does not see the card, so I cannot do a cleanflash (`megarec -cleanflash 0``). Is there any other way to do a cleanflash? Perhaps I could “revert” to default mode using jumpers? (no instructions in the manual of the card, however).

Strangely, I cannot edit my original post to correct some typos.

Wanted to add two screenshots that show how sas2flash errors out: 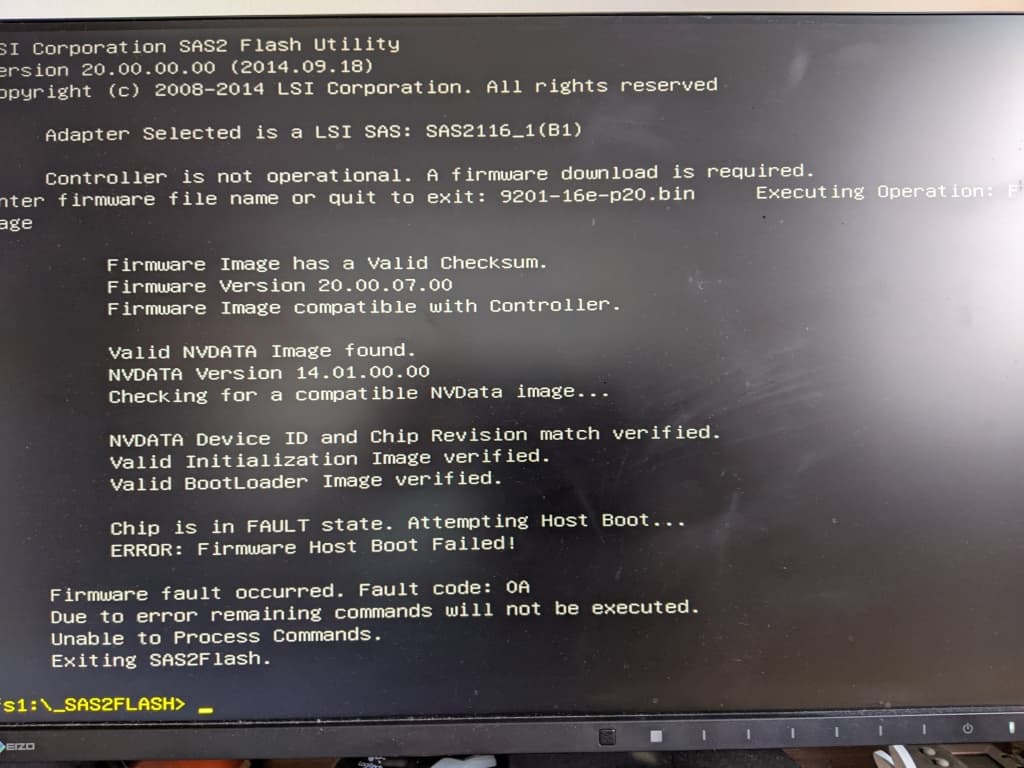 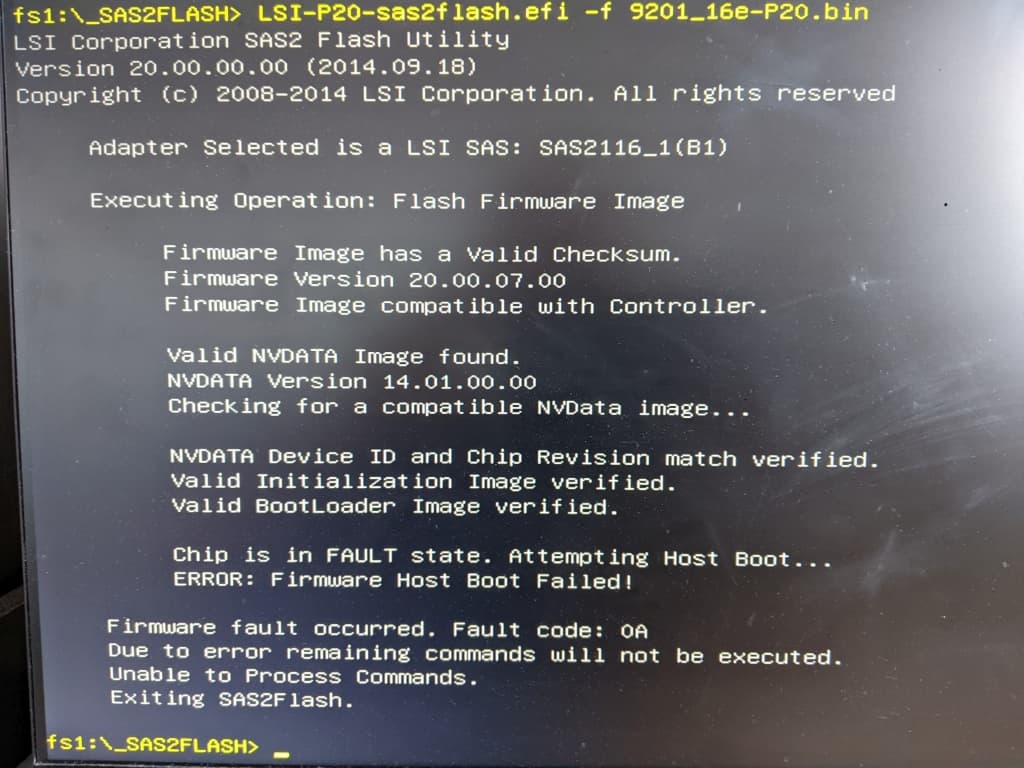 I believe my only chance to revive this card is through flashing the EPROM. There is very little information on this route available. Jumper J5, according to the manual, provides the UART connection. Here is some discussion how to flash the SBR EEPROM, but it is incomplete.

See my sleuthing & solution here. Do not give up on your card!

[Many apologies for the crosspost - I was desperate]