I’ve been coming to site now for awhile now and building my rack slowly. Got most of the stuff used from ebay or facebook market place, the network cables and key stones were from amazon. This site has been great for ideas and assistance. Finding things in Canada is possible but most of the time they cost more. 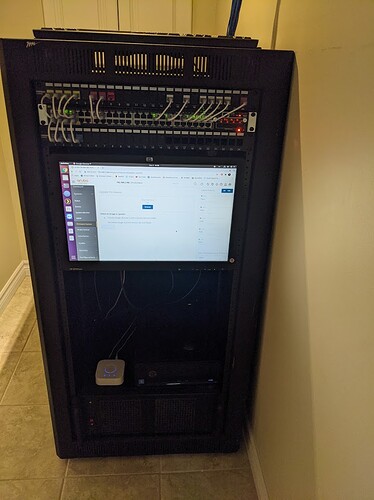 The rack I picked up off of a facebook market place and it came with the monitor and mounts. I picked up the HP290 earlier this year for my Plex Server and installed Ubuntu for the first time. I just moved my DAS from an old computer case into this 4u rackmount case I found on ebay. 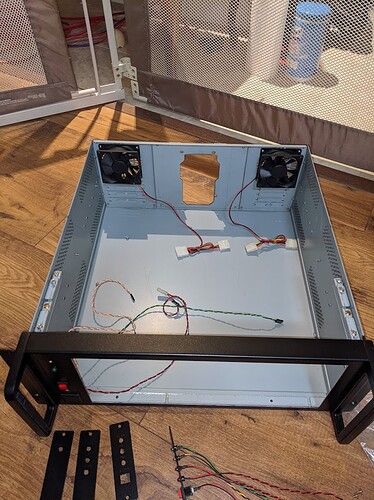 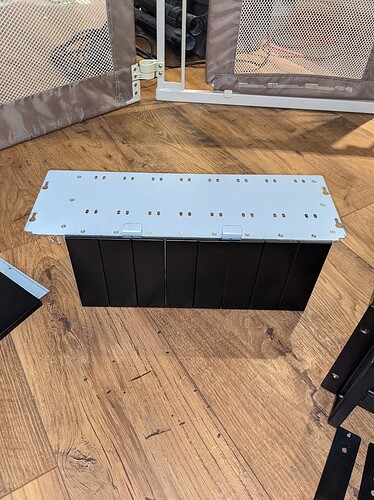 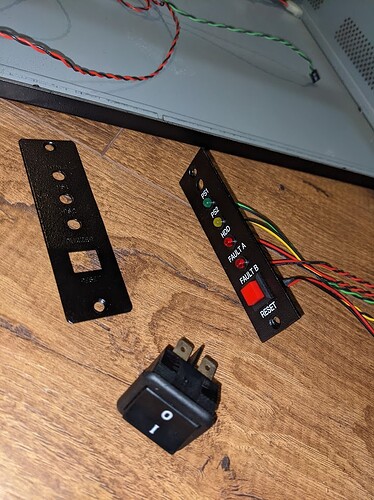 I’m going to have to figure out how to wire up some of the lights and buttons for the front panel. It would be nice if the power button worked, at this point I have a paper clip jammed in the power supply connector and I have to use the switch on the back of PSU to shut it down.

At this point I have just installed a couple 5 drive cages and fans into the front and fed the DAS cables through the back panel. The fans I had are pretty loud so I’ll probably get some silent ones when I get the chance. 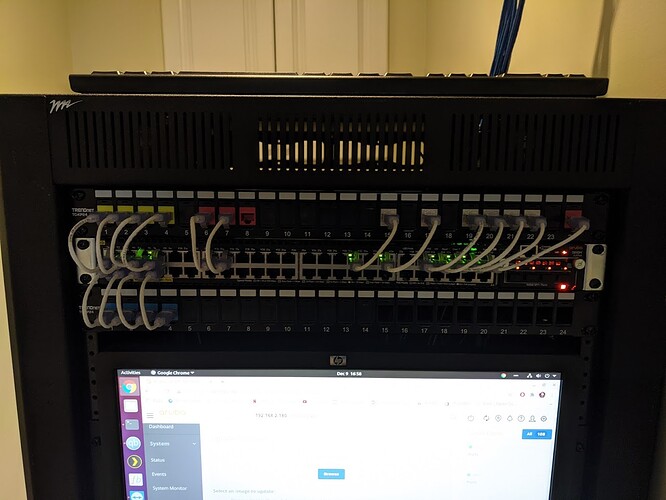 I had ordered an Aruba S2500 48P but when it arrived it was dead, wouldn’t boot up at all. Tried a couple different power cables, no go. I was going to return it and get another one, but decided to contact Aruba directly to see what they would say. After a bit of back and forth, I’m now up and running on an Aruba 3810m, with the 4 SFP+ module and the 680W power supply.

Next I’m looking at getting a pair of Onesign OS201’s and using one as a pfsense box and the other as a NAS, so I can really just use the HP290 as the plex server. Removing my ISP supplied router from the setup sounds great but it also means I’ll have to pick up some access points as well and it all starts to add up quick. So we’ll see how things go.

Any thoughts or suggestions moving forward?

Fantastic write up! All you need now is a UPS tied into this beautiful rigging (might be one there already and just didn’t notice) and a nice Grafana dashboard on that monitor so you can see all of your stats in one place.

No UPS yet, my father-in-law says he has one, so I’ll hold off buying for now and see what it is. He had no details about it, so we’ll see. I had read about Grafana awhile ago and forgot the name of it so I’ll look into it for sure.

Link to that chassis you found on ebay? Looks super interesting…

That link should work. I found it a cheap option for rack mount. Lots of space and I had 2 of these 5 drive cages already so it worked for me.

The nice thing was all the options for indicator LEDs and the power button up front wasn’t mentioned in the listing. I haven’t wired anything up yet but it’s on the to-do list.