I wanted to be more “professional” in approaching this build for myself. Here is the finished build, methodology, plus random things of note. I used notion.so for all notes/tables/planning.

Initially I wanted to go all-in and build a separate pfSense box, Unraid box, and a server box all at the same time. To help, I wrote a pros and cons list for each. The Unraid box proved to have the most merit and I’m very glad to have written it out. Some pros didn’t matter in the end, but writing it down helped. Here is my exact pros/cons list with no edits post build: 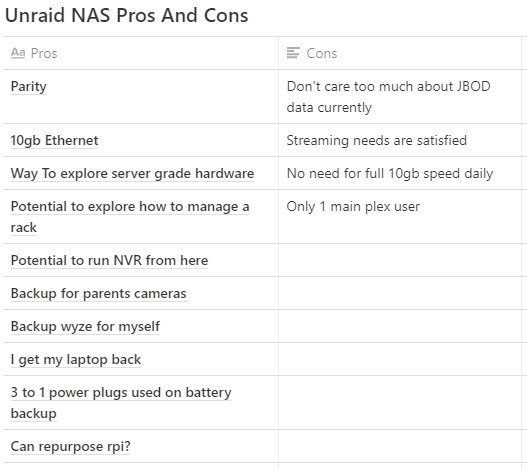 I then wrote out a desired/considerations to guide the build: 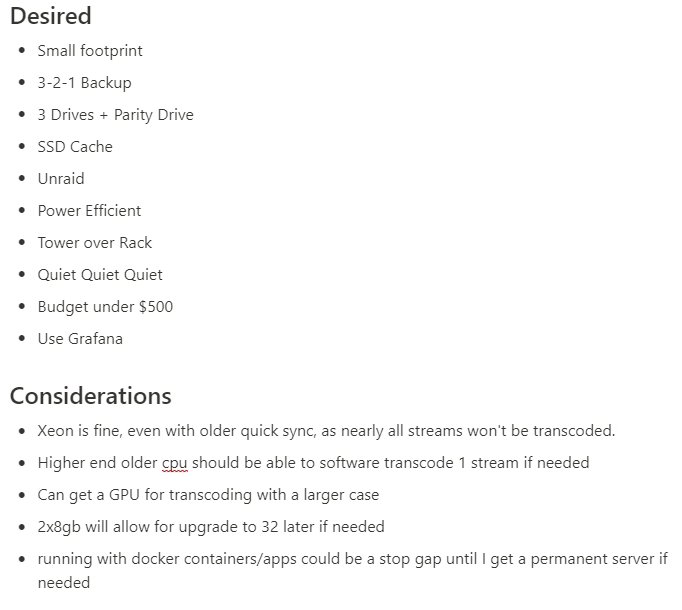 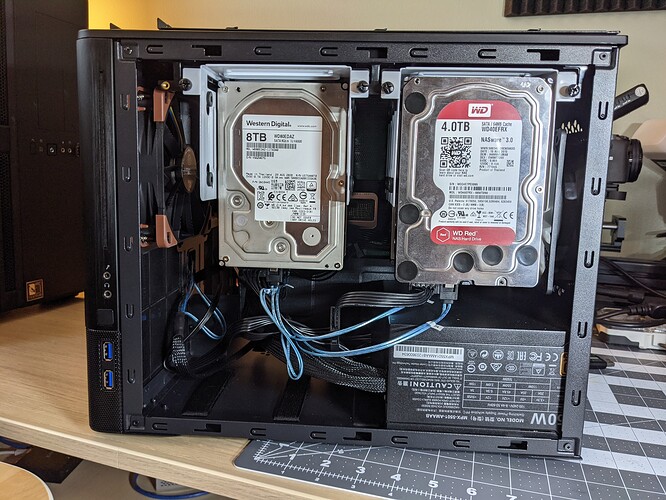 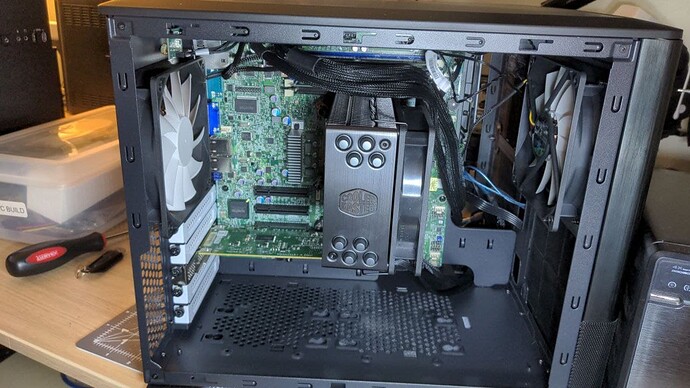